WATCH: Seth Fedelin hits back at bashers who insult his looks, how he speaks English 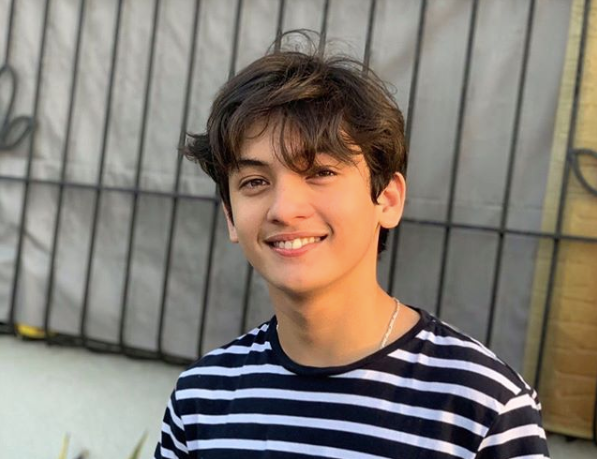 As Seth Fedelin gains popularity in his role as Mikoy in the hit TV series “Kadenang Ginto”, he now deals with criticisms about his looks and his way of speaking English.

The TV series is Fedelin’s big break after he was evicted from the first batch of teen housemates in the reality show “Pinoy Big Brother: Otso”. He is part of the group The Gold Squad with co-stars Andrea Brillantes, Francine Diaz and Kyle Echarri.

Fedelin addressed the negative comments alongside Brillantes, Diaz and Echarri, as per the Gold Squad’s YouTube vlog on Tuesday, July 16. In the video, they stood their ground against bashers in social media.

“’Di naman pogi si Seth mukang alien,” said one comment which Fedelin read aloud. (Seth is not handsome, he looks like an alien.)

“Alam n’yo, kasi kakaiba ako,” Fedelin responded. (You know why, because I am unique.)

Echarri defended Fedelin by asking his bashers if they know what an alien looks like.

Fedelin also received disapproving remarks about how he speaks English. “Ang pangit ni Seth mag-English, parang lasing,” he read one comment. (Seth’s way of speaking English sucks; it is like he is drunk.)

He also mocked his basher by intentionally speaking in broken English which made Brillantes, Diaz and Echarri burst into laughter.

The negative comments about Fedelin’s looks did not stop there. “Kadiri yung mukha ni Seth, napadaan sa newsfeed ko,” he said. (Seth’s face looks disgusting; it came up on my newsfeed.)

Fedelin did not allow the comment to get to him. “Mas kadiri kapag napadaan ako sa bahay n’yo,” he responded. (It will be more disgusting if I pass by your house.)

Aside from starring as Mikoy in the TV series, Fedelin is involved in an onscreen partnership with Brillantes. NVG