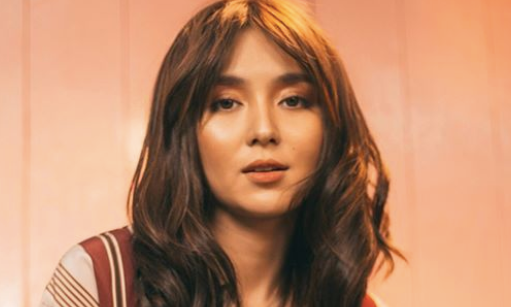 MANILA, Philippines — Kathryn Bernardo said she felt “validated” as an artist after bagging the Best Actress award at the Entertainment Editors’ Choice Awards or the Eddys.

The actress, however, said this was neither because of the award nor the trophy.

“I feel validated as an actress, not because of this trophy, but because of what it symbolizes: people lining up in the cinemas to see the film we’ve worked so hard on, being able to touch so many hearts through it, and the continuous support and recognition that we’ve been receiving since,” Bernardo wrote in an Instagram post Monday.

The 23-year-old young star won Best Actress for her performance in the blockbuster hit “The Hows of Us” with boyfriend Daniel Padilla as co-lead actor.

According to Bernardo, neither trophies nor sales define an actress. She said that what makes an actress is the effort she gives to bring a character to life and enable the audience to relate to the character.

“I personally believe that trophies do not make an actress. It’s also not about the sales or how much a movie has earned,” Bernardo said.

“It’s about making a fictional character come to life and having other people see themselves in her as well. It’s about the literal sweat, blood, and tears that you pour into your role,” she added.

Bernardo’s Best Actress award at Eddys is her second recognition in the same category for the same film. She won Best Actress at the 35th Philippine Movie Press Club (PMPC) Star Awards for Movies last June 2 also for “The Hows of Us.”

The Eddys was held last Sunday at the New Frontier Theater in Quezon City. /kga