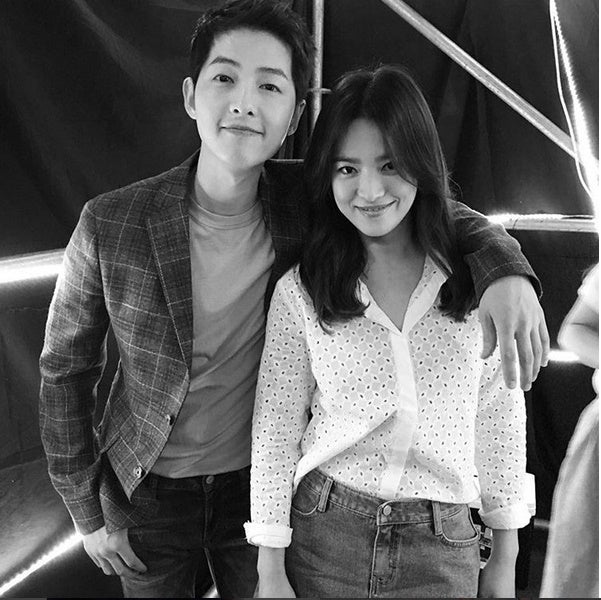 SEOUL — At first, many netizens were on South Korean actress Song Hye-kyo’s side.

They felt that actor Song Joong-ki, 33, had sprung a nasty surprise on her, with his revelation on June 26 that he is seeking a divorce from her.

She was away in Thailand doing a photo shoot for an advertiser.

But this latest public sighting has not gone down well with some netizens, who said they were uncomfortable over seeing her enjoying herself so soon after a serious, life-changing divorce.

“She doesn’t look distressed to me,” one netizen noted. Another said: “Divorce isn’t a crime but how can you smile and try to look pretty as if nothing happened?”

Yet another person wrote: “It’d be more considerate to her partner if she just stayed quiet for now.”

Others in the anti-Hye-kyo camp noted that the divorce had so affected Joong-ki’s father that he reportedly refused to leave his house, embarrassed and upset over what his son had done.

They said a Descendants Of The Sun theme park in South Korea also faces possible ruin with a drastic drop in the number of visitors.

But Hye-kyo’s supporters are fending off the negative talk.

“Yes, go out there and show the world that you are dignified, elegant, classy and beautiful,” one posted.

As for Joong-ki, industry observers said some sympathy is now going his way.

His agency said he is taking time out from public events, which is considered the appropriate thing to do, post-divorce, in still-conservative South Korea.

Descendants Of The Sun star Song Joong-ki announced he was splitting from co-star and wife Song Hye-kyo, bringing an end to their fairytale romance. http://str.sg/oywB