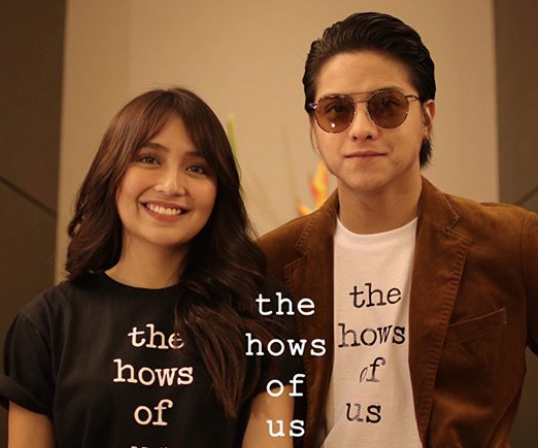 It is indeed a box-office record breaker.

Star Cinema’s “The Hows of Us” proved once again the overwhelming mass appeal of Kapamilya love team Kathryn Bernardo and Daniel Padilla and the directorial magic of blockbuster director Cathy Garcia-Molina with its success on its opening day.

On its first day of release on Wednesday (August 29) it has already recorded a staggering P35,938,622.74 million gross sales. This by far is the biggest opening day sales of a local movie for the year. 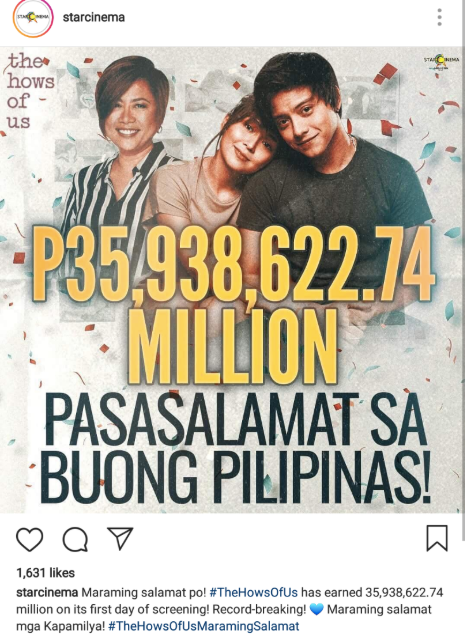 KathNiel broke their opening day sales in 2017 for their movie “Can’t Help Falling in Love” which grossed P33 million.

“The Hows of Us” is about a couple who goes through the complexities most people in long-term relationships go through.

This yet again is another feather on the hat of Molina who is counting down to her last few films before officially retiring in 2019.  /muf