The latest installment in the blockbuster superhero franchise, which picks up where “Avengers: Endgame” left off, has earned an impressive $846.5 million worldwide. 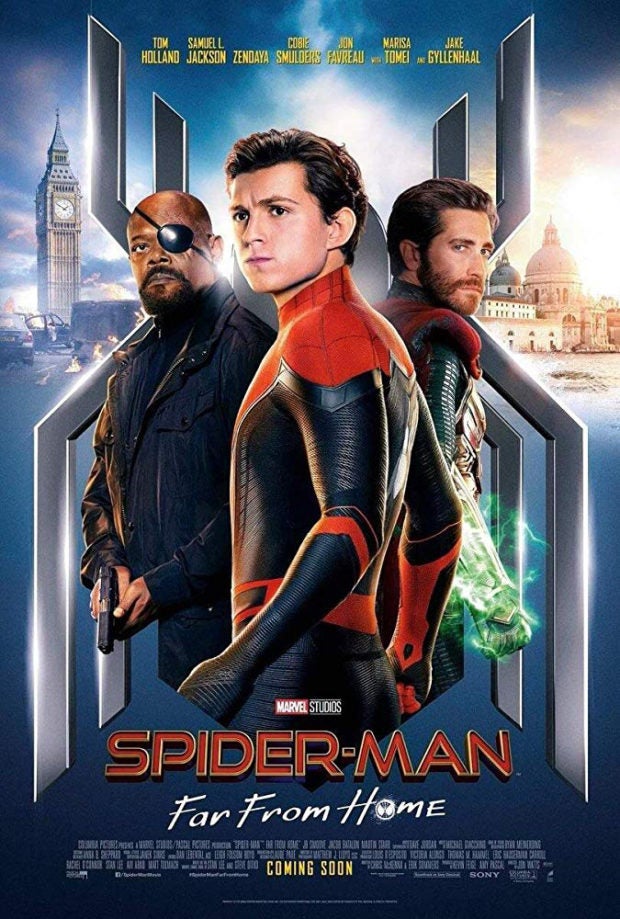 Retaining its number two spot was Disney/Pixar film “Toy Story 4”, which took in $20.7 million on its fourth weekend.

Debuting in third place was alligator disaster thriller “Crawl”, about a father and daughter battling a pack of hungry gators after a hurricane hits their Florida hometown. It took in $12 million.

In fourth place was another debut flick, “Stuber” — a buddy comedy starring comedian Kumail Nanjiani and professional wrestler-turned-actor Dave Bautista (“Guardians of the Galaxy”). The film, which earned less than stellar reviews, took in $8 million.

“Yesterday”, the romantic comedy based on an odd premise — what if a global blackout meant that a struggling musician was one of the only people on Earth to remember the Beatles? — shifted from third to fifth place. The crowd-pleaser — directed by Danny Boyle of “Trainspotting” and “Slumdog Millionaire” fame — earned $6.75 million.

Read Next
‘We hope to become a band that sings every moment’—DAY6
EDITORS' PICK
The Best Tech Gifts For The 2022 Holidays
DBM releases P5.2 billion for 9.8 million beneficiaries of targeted cash transfer
Noche Buena items price hikes are justified and can’t be controlled – DTI official
COA says over 4,000 pending audit backlogs will be resolved in 2 years
The vivo Y16 makes the season of giving more thoughtful for the whole family
House energy committee chair Arroyo bats for cheap electricity
MOST READ
Claudine Barretto asks for prayers as she undergoes thigh surgery
Trader duped by seniors in ‘Marcos gold’ investment
LOOK: Alyssa Gibbs finally marries fiancé five years after engagement
Jennifer Lopez recounts 2004 split with Ben Affleck: ‘I felt like I was gonna die’
Don't miss out on the latest news and information.