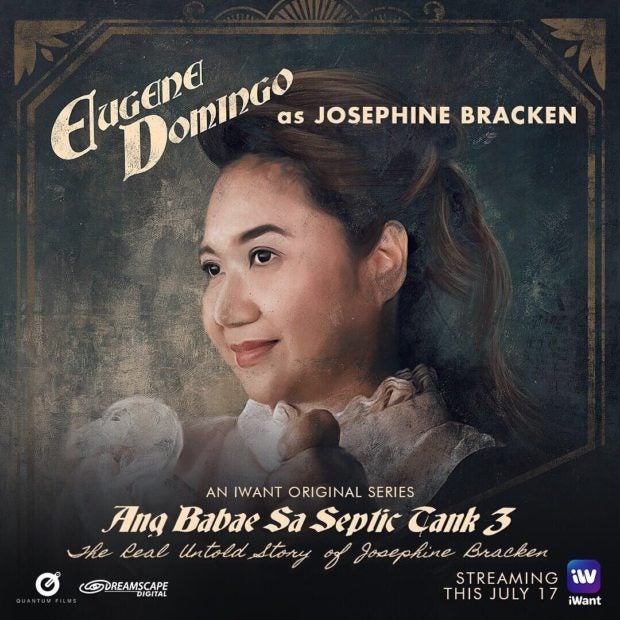 Writer Chris Martinez said it is high time to discuss historical revisionism since it is the “era” where people in power are twisting truth.

“It’s a way for us to comment on historical revisionism, how we appropriate facts and historical events to fit our needs,” Martinez added.

The seven-part mockumentary series tackling the life of Jose Rizal’s common-law wife in Dapitan, Josephine Bracken is Domingo’s directorial debut. She will produce, direct, and take on the role of Bracken.

“Masaya siyang panoorin (She’s a joy to watch), but at the same time, every episode, you’ll feel that meron siyang gustong imulat sa mga manonood (she wants to impart something to the audience). And that is, we should be careful, and we should be aware how we treat history, how we treat facts, how we treat truth,” Martinez added.

Apart from Domingo, filmmaker Joey Reyes will also be in the series as Uge’s screenwriter who becomes her reluctant partner-in-crime.

Tony Labrusca, on the other hand, will be portraying perhaps the hunkiest version of national hero Rizal. Mylene Dizon and Joanna Ampil will play Rizal’s sisters Narcisa and Saturnina.

Historian Ambeth Ocampo will be onboard to provide viewers background on the true stories of historical characters, which Domingo will try to break.