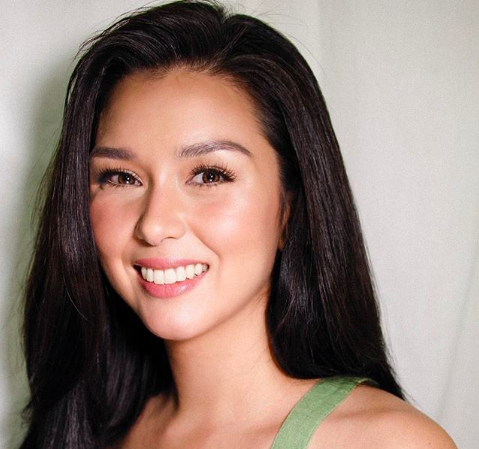 Beauty Gonzalez, who plays the role of Romina Mondragon in the hit TV series “Kadenang Ginto”, revealed that she is friends with her co-star Dimples Romana, who plays Daniela Bartolome.

Gonzalez opened up about her on-set chemistry and real-life friendship with Romana in an episode of the talk show “Tonight with Boy Abunda” which aired last Tuesday, July 9.

When asked if she took her onscreen fights with Romana off-screen, she answered no. She said she idolizes Romana because they both started out doing best friend roles in films.

(Very thankful for Dimples, you know I keep telling her this, that she is my idol, because in so many movies, she has always been the supporting character, the best friend. I said, “For the longest time, I played the best friend, I should be like her, so I can also be in all the movies.”)

“For the longest time, siya yung iniidolo ko, and then nagkatrabaho kami, and then she is very professional,” she added.

(For the longest time, she has been the one I idolized, and now we work together, and she is very professional.)

Gonzalez also spoke about performing her own stunts with Romana in the TV series, and how they prepare for their roles.

([I would ask] who will punch first, you? Me? Me first this time, because last time, it was you.)

Despite their differences in personality, Gonzalez said her real-life personality complements Romana’s.

“Dimples is full of wisdom, ‘tas ako full of naughtiness, so nagka-blend kami… like the kids will ask her for wisdom, payo. Sa akin, puro kalokohan,” Gonzalez said. “If they wanna have fun, go to me. If they wanna, like, ‘May kasalanan ako, ano’ng gagawin ko,’ go to [her].”

(Dimples is full of wisdom, while I am full of naughtiness, so we blend together. The kids will ask her for wisdom, advice. From me, it is all silliness. If they wanna have fun, go to me. If they wanna, like, “I did something wrong, what will I do?” they go to her.)

“Kadenang Ginto” has gained widespread attention among TV viewers, while netizens have been creating memes of Gonzalez and Romana’s characters. Hannah Mallorca/JB