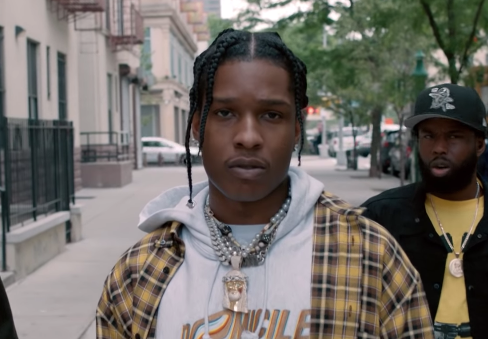 American rapper ASAP Rocky was arrested in Stockholm this week, suspected of aggravated assault, after a street brawl part of which was caught on video, Swedish prosecutors said Wednesday, July 3.

The incident took place on Sunday, June 30, and was partially captured in a video published by celebrity news outlet TMZ.

In the video, the artist, whose real name is Rakim Mayers, can be seen throwing a young man into the street then aiming several punches at him while the man is on the ground.

On Tuesday, July 2, the rapper posted his own videos on Instagram, which he said showed the lead up to the clash. In those videos, the musician repeatedly asks the young man and his friend to walk the other way.

Swedish prosecutors have until Saturday, July 6, to decide whether to formally detain the artist. The Prosecution Authority told AFP they did not want to comment on the level of evidence since it was “too early in the investigation.”

ASAP Rocky was in the Swedish capital for a concert. He was born in New York and had his breakthrough in 2011 with the release of the mixtape “Live. Love. ASAP”. He followed that up in 2013 with the debut album “Long. Live. ASAP”. HM/JB

British singer Joss Stone says she was deported from Iran