Italian star Claudia Cardinale puts her wardrobe up for sale 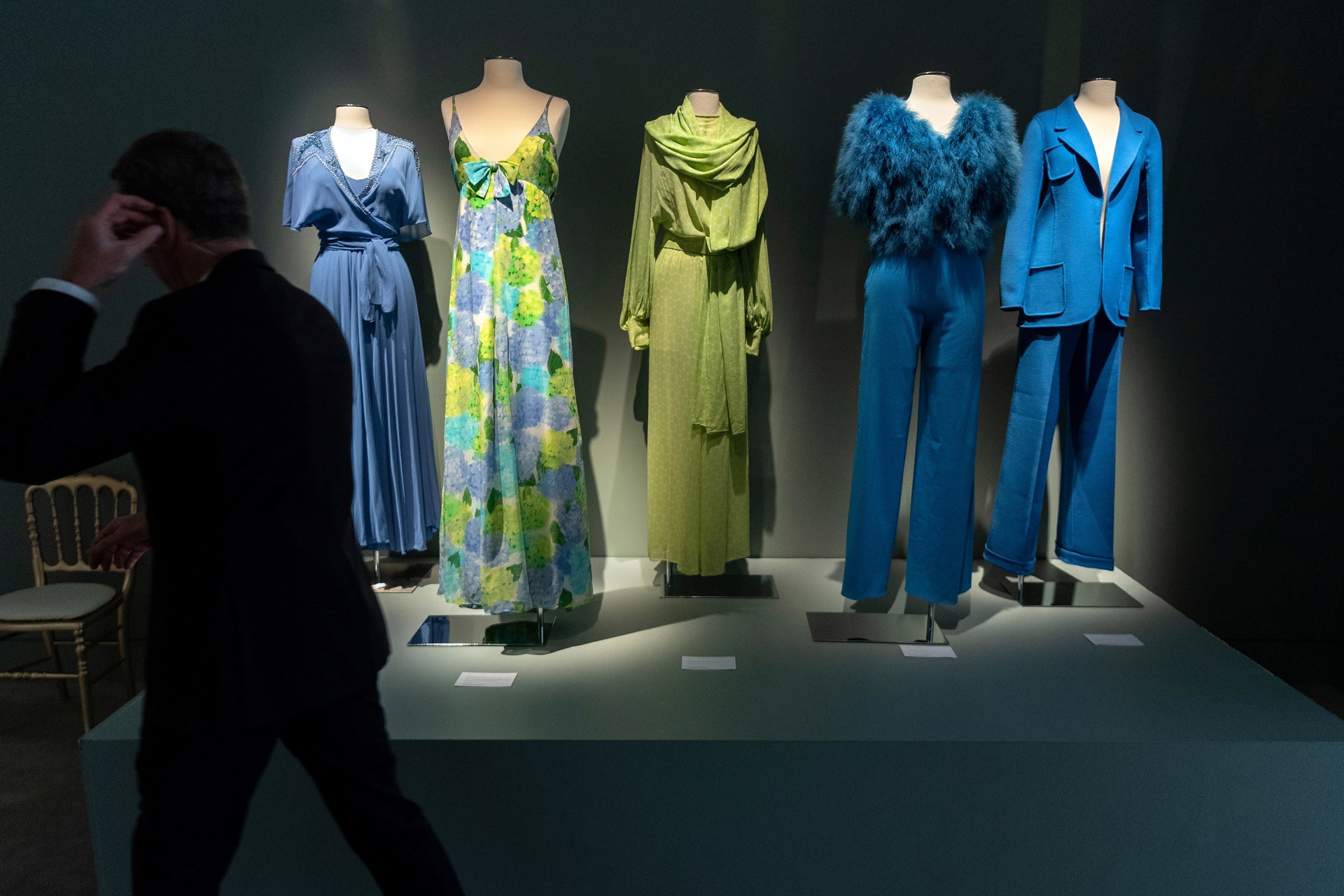 Dresses and outfits from the wardrobe of Italian actress Claudia Cardinale at the Sotheby’s showroom auction house, in Paris. Image: AFP/Lionel Bonaventure

The wardrobe of screen legend Claudia Cardinale is to go under the hammer in Paris next week, with the star saying her clothes show “the liberation of women.”

The Italian actress who featured in classics such as “The Leopard”, Fellini’s “8 1/2” and Sergio Leone’s “Once Upon a Time in the West” told AFP, “These dresses do not show just my story but a chapter in women’s history.”

Born in Tunisia, where she first came to notice after winning a beauty contest in 1957, Cardinale was both a sex symbol and an outspoken advocate of women’s rights.

“You can feel I think the liberation of women of my generation” through the clothes, she added.

The Nina Ricci haute couture gown that she wore to the Oscars in 1965 is expected to attract the most bidding at the Sotheby’s auction on July 9.

Sotheby’s fashion specialist Julia Guillon said the sequin-embroidered dress could go for as much as 20,000 euros (over $22,000).

“It is a mythic dress that she wore on several big occasions,” the expert added.

Guillon said Cardinale’s wardrobe shows how society changed during her time at the top, going from “rather sober evening dresses to a pajama number emblematic of the new more relaxed lifestyle and the even freer dresses of the 1970s.”

The star said that each piece has a memory for her, none more so than a black satin dress with pink sequins she wore to the premiere of the 1971 spaghetti western “The Legend of Frenchie King”, in which she co-starred with Brigitte Bardot.

“Everyone thought we were rivals, but we were complementary. I came in the dress and Brigitte was magnificent dressed as a man,” Cardinale added.

The wardrobe of iconic French star Catherine Deneuve sold for more than $1 million at Christie’s in Paris in January. HM/JB