Joss Stone says she was deported from Iran | Inquirer Entertainment

British singer Joss Stone says she was deported from Iran 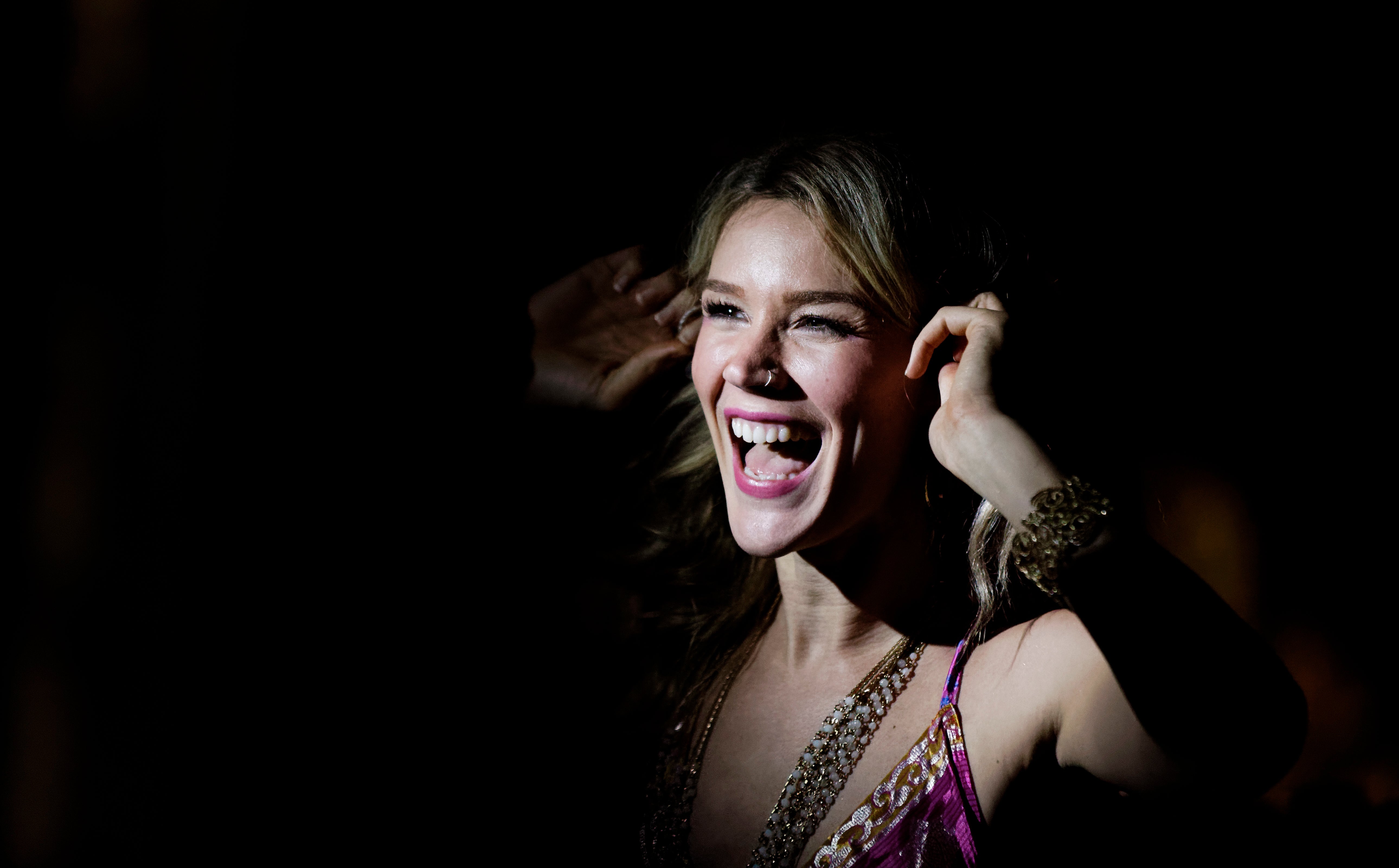 British singer Joss Stone laughs as she adjusts her earpiece before performing a concert in Karen, on the outskirts of Nairobi, Kenya. Image: AP/Ben Curtis

British soul singer Joss Stone said she was deported from Iran after arriving in the Islamic Republic as part of a worldwide concert tour, even though she did not plan to perform there.

Posting on Instagram, Stone appeared in a video wearing a white headscarf saying, “Well, we got to Iran, we got detained and then we got deported.” She said she knew solo performances by women were illegal, but she still wanted to see Iran.

She wrote that Iranian authorities placed her on a “blacklist” because they believed she might try to perform a public show. She described the authorities that met her on arrival at Iran’s Kish Island as professionals throughout their interaction.

“These people are genuinely nice kind people that felt bad that they could not override the system,” she said in a caption.

Under Iranian law, women cannot perform solo concerts, though women do play in ensemble bands and orchestras. It is unclear what Stone planned to otherwise do in Iran, though her Instagram post described her desire to show “the positives of our globe.”

Iranian newspapers reported Stone’s Instagram comments on Thursday, July 4, though there was no immediate government comment on her claims.

Stone earlier posted images of herself boarding a flight to Iran’s Kish Island in the Persian Gulf, which is an economic free zone that allows travel by all nationalities.

However, Kish also can be a dangerous place for Westerners. Robert Levinson, a former FBI agent on an unauthorized mission for the CIA, disappeared on Kish Island in March 2007. He has yet to be found. While Iran denies being involved in his disappearance, his family and the United States said Iran’s government holds him.

Stone came to fame in 2003 as a small-town teenager with a big, soulful voice, showcased on her best-selling debut album “The Soul Sessions” and hit singles including “Fell In Love With A Boy”. She also has taken acting roles and is a friend to England’s Prince William and his wife, Kate. HM/JB

The Gremlins are back in an animated series