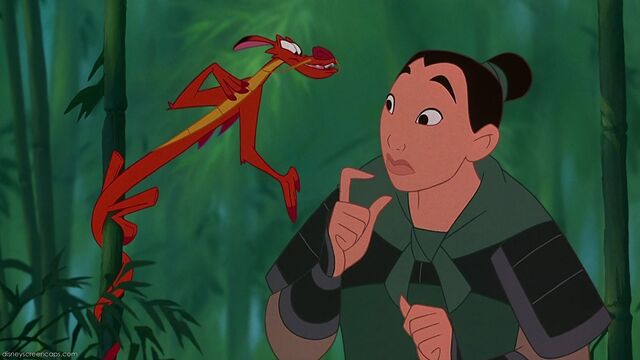 Mushu may become a phoenix and songs from the original movie might not be sung in the live-action remake. Image: Disney

Differences in the live-action “Mulan” remake of the original have been reported since the movie was confirmed in 2016. These include a new villain, a new love interest and even a sister for the title character.

A report from The DisInsider on Sunday, June 30, states that according to a source, Mulan’s sidekick, the comical dragon Mushu, could be replaced by a phoenix. The small but fiery dragon was played by Eddie Murphy, but no actor has been announced yet for the potential phoenix.

The classic songs might be part of the movie, but only as background instrumentals rather than musical numbers like in the 1998 film. Back in 2017, director Niki Caro told Moviefone that the movie would not have songs, which caused a stir among fans. Popular songs include “Reflection” and “I’ll Make a Man Out of You.”

Besides Mushu possibly being replaced, another fan favorite, Captain Li Shang, was not included in the casting announcements. There is a character described as Mulan’s romantic interest named Chen Honghui, described by The Hollywood Reporter in June 2018 as a “confident and ambitious recruit” to the army. Yoson An has been cast in the role.

The villain, to be played by Jason Scott Lee, is a warrior leader named Bori Khan who wants to avenge his father’s death, as per The Hollywood Reporter in July 2018. The original villain was a Hun army leader named Shan Yu.