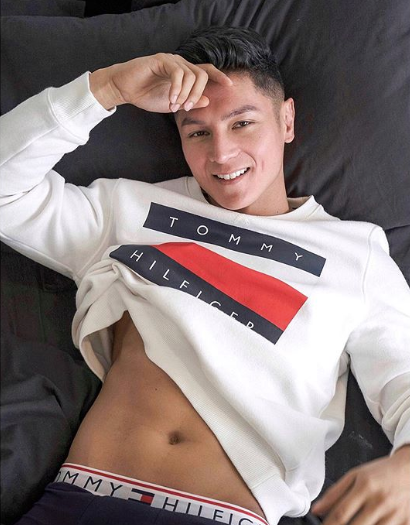 Joseph Marco said he and Celeste Cortesi are getting to know each other.  Image: Instagram/@josephcmarco

Joseph Marco admitted that he and beauty queen Celeste Cortesi are dating.

The “Los Bastardos” actor told the Philippines’ Ultimate Showbiz Hub in a Thursday, June 27, report that they were getting to know each other.

“We’re dating and we’re not rushing, we’re just getting to know [each other],” he said.

Marco and the Miss Earth Philippines 2018 titleholder have been romantically linked after pictures on social media showed them cozy with each other.

Pictures at a party posted on Instagram Stories revealed them kissing last May. In the same party, Cortesi shared a selfie of them on her Stories.

Marco has been coy about past relationships. In 2017, he confirmed that he was seeing a non-showbiz girl on “Tonight with Boy Abunda.” He previously expressed interest in Alex Gonzaga after doing the 2014 TV show “Pure Love.”  Niña V. Guno /ra

LOOK: Jake Cuenca pokes fun on time when his ‘crush’ didn’t have a crush on him yet

Jake and Kylie dating for 7 months now, but still not confirming relationship