Jake and Kylie dating for 7 months now, but still not confirming relationship 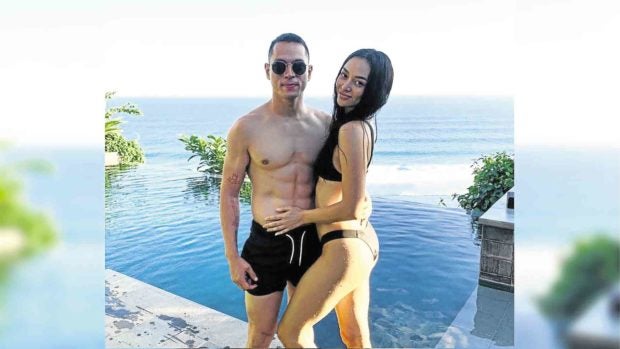 Jake Cuenca is often seen and photographed being cozy with former beauty queen Kylie Verzosa, but the actor still wouldn’t “officially” confirm that they’re already in a relationship.

One thing’s for sure though: “This is the happiest I have ever been.”

“I’m very open about how I feel. And I do love her from the bottom of my heart—mahal na mahal ko siya,” he told reporters at a recent press conference for “KontrAdiksyon,” an upcoming drama-action film that centers on the war on drugs.

“The first time I saw her, I was already sort of crushing on her. But obviously, she was still in a relationship at that time,” he related. “But I thought, maybe we will get to work together again.”

True enough, the two ended up being paired together for the drama series “Los Bastardos”—this time, without hitches. “She’s such an amazing person,” he said of the Miss International 2016 titleholder, whom he has been dating for seven months. “Her being a beauty queen goes beyond her looks. She’s amazing inside and out.”

After his breakup with model Sara Grace Kelley in 2016, the 31-year-old hunk vowed to focus his energy on improving himself as an actor. And he did. For the next two years, he underwent workshops, did a handful of shows, and even dabbled in theater acting. 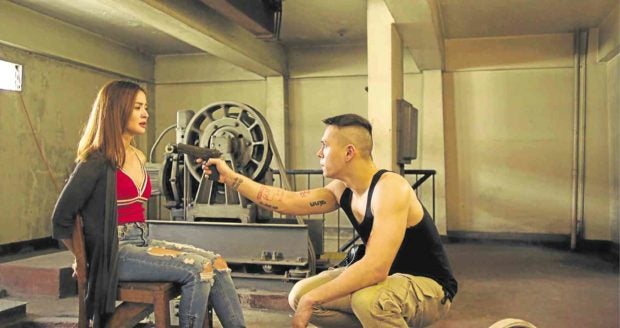 “I’m so happy I met her (Kylie) at this point in my life. I’m more mature when it comes to relationships. I’m more disciplined and I know I can take care of her,” he said. “I work hard every day, because I want to deserve her every day.”

While Jake is upfront about his feelings for Kylie, the model-turned-actress is more reticent. But that’s understandable, he said. “This is something new to her,” he pointed out. “If we were to confirm our [relationship status], I would rather do it by her side.”

Realizing that the drug problem in the country isn’t as simple as it seems, Alexis later enlists as an undercover agent for the Philippine Drug Enforcement Agency. But unknown to his colleagues, he also works as a vigilante by night.

Given the movie’s central theme, what is Jake’s thoughts on President Duterte’s war on drugs?

“I don’t have so much of an opinion—I don’t want to sound hypocritical because I didn’t vote. I didn’t get to add anything to the cause and I didn’t take anything away,” he said. “This is the administration leading our country—there are still a few years left—I think we should follow the rules.”

His character, Jake added, doesn’t necessarily reflect his personal beliefs. “I leave Jake Cuenca at home. There’s no Jake Cuenca on the set.”

On his thoughts about being part of a potentially controversial or polarizing film, Jake doesn’t seem to be too worried about the possible negative feedback.

“In the United States, do they think about the repercussions when they do a movie like ‘John Wick’ … or ‘J. Edgar’? Do they think about the controversy that may come about? No, they just want to be honest with their films,” he said. “All I thought about was I wanted to do the film after reading the script.”