Kris Aquino hinted at running in the 2022 presidential election—if her health would allow it—after being accused of faking her illness in an online comment. 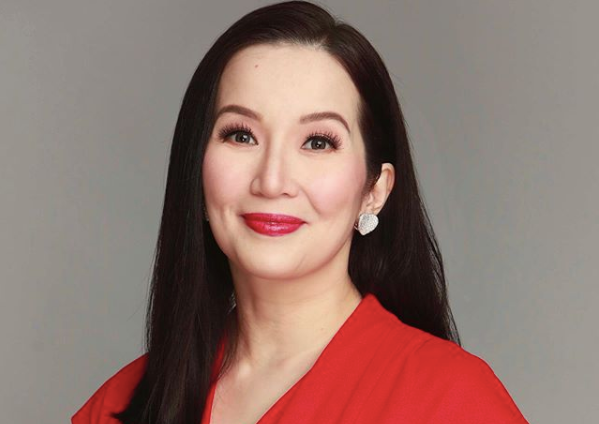 The actress and TV host responded to one Instagram user (@dtrm56) who downplayed her health issues. The comment was made on Aquino’s post from Tuesday, June 25, where she shared her attempt at water physiotherapy.

“Allergies are not debilitating. It is common in the U.S. during pollen season. You are making it as though you are incapacitated to live your normal life… All it seems is ‘malingering,’” the commenter said.

The Instagram user also said that others who have autoimmune diseases “do not ‘overact’ like her. Her acting is worthy of an Oscar… She’s the only one in Instagram that posts a novel describing her illness.”

Though the comments appear to have been deleted, Aquino’s response is still up on her post. Aquino accused the Instagram user of being paid to bully her and discussed the harms of allergic reactions.

“You are so wrong, severe allergies can kill. Maybe before you judge, google anaphylactic shock,” she advised the commenter. She pointed out that EpiPens—injections to treat serious allergic reactions—figure into US presidential platforms on healthcare.

She then hinted at a possible political campaign: “The longer I stay unhealthy, the less likely ang 2022.”

“Pero kung papasukin, handang handa (But if I can enter, I am ready),” she said.

“[I have] 5 platforms personally experienced and survived: Healthcare as a patient, taxation from 32 years of honest payments, education from a mother’s perspective, the justice system & the family code [you get this] and smaller scale entrepreneurship.”

Taxation seems to be an important issue for Aquino, given that she has been consistently named a top individual taxpayer by the Bureau of Internal Revenue.

Her interest in the family code appears to pertain to her experience with annulment. In 2013, Aquino lamented on Twitter that she paid millions in a settlement. Though she did not directly name him, it seemed to be directed to former husband James Yap. She said in 2015 that she favored divorce.

Aquino has flip-flopped on her chances of running for office; however, she has hinted at political ambitions for 2022 over the past year.

Her former project manager, Nicko Falcis, said back in January: “We both know you want to run in 2022 because it’s your so-called destiny.”  /ra

Will she or won’t she? Kris Aquino says she may run against a Marcos, but not Sara Duterte