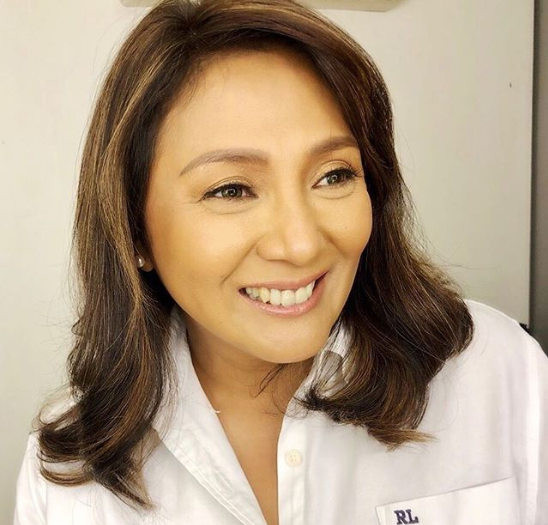 Cherry Pie Picache expressed that she has forgiven Michael Flores, the man who stabbed her mother Zenaida Sison to death in September 2014.

Picache opened up about the process of forgiving Flores in an episode of “Tonight with Boy Abunda” which aired last Wednesday, June 26.

Flores was found guilty of robbery with homicide, and was sentenced to reclusion perpetua or imprisonment of up to 40 years by the Quezon City Regional Trial Court in December 2015.

“God really took over, it’s really by his grace that I was able to do it,” the actress said about being able to forgive.

“While I was walking, when I was about to see him, hindi pa ako desidido… I mean… desidido ako pero ang pinagdadasal ko, ‘Sana magawa ko,’” she explained. “I was really praying, ‘Please take over.’”

(I was not fully decided [at first] if I can forgive him. I was willing to forgive him but I was praying [to God], “I hope I can do it.”)

(I forgive him wholeheartedly. Now I should continue visiting him [in prison, for] his reformation, for both our healing to continue, because it does not end there.)

The actress also spoke about the lessons she learned from her mother’s death.

(It is actually more difficult for [the convicted], since he has been restored to his sanity, now that they are restored to their basic goodness and sanity, they themselves want to forget that they did such a thing.)

According to Picache, Flores has apologized to her. “Radical Love”, a documentary which touches on the death of her mother and her journey to forgiveness, will be aired by ABS-CBN on Sunday, July 7. Hannah Mallorca/JB