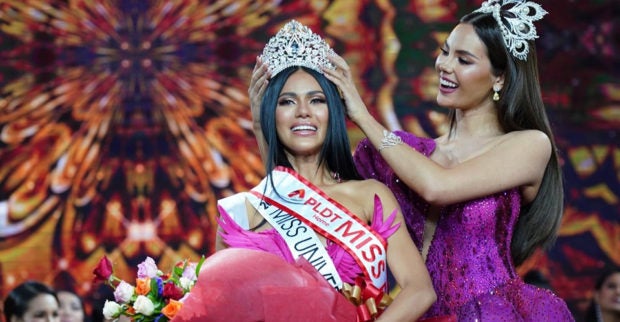 For Gazini Ganados, learning does not stop even if she has already been crowned Miss Universe Philippines 2019.

In the world of pageantry, fans and critics abound—such is the reality. But when it comes to her doubters, Ganados would rather accept their criticism than block them out. This was what she told TV host Boy Abunda on “Tonight with Boy Abunda” on June 25 when she was asked what she has to say about those who doubt her.

“Sa mundo ng pageantry, you have fans, you have critics and some would say baka naman hindi manalo si Gazini sa Miss Universe because she’s not good on Q&A, for example,” Abunda said.  “Pag naririnig mo yan, nababasa mo yan, what do you say?”

(In the world of pageantry, you have fans, you have critics and some would say, maybe Gazini will not win in Miss Univerise because she’s not good in Q&A, for example. When you hear and read these things, what do you say?)

“I appreciate the criticism because I know there’s still so much to learn and so many things to improve for myself and the first step is accepting it and then innovating it,” Ganados told Abunda.

She also said that what she does not like is when bashers go under the belt.

“Ang ayaw ko lang (what I don’t like) is when those bashers go under [the] belt, beyond na sa sarili namin yung kini-criticize kami (their criticism goes beyond ourselves),” she said. “Not only me but to the other Binibinis as well. But you know, someday, I hope we can all unite and be diverse at the same time, because we are all unique in our own ways. So, sana naman magtulungan tayo (I hope we all work together), this is for the Philippines.”

Abunda, meanwhile, pointed out that the Q&A portion has become the most challenging in beauty pageants and that it is anything but easy.

“It’s not easy na kapag ika’y nakatayo sa harap ng napakaraming tao (when you’re standing in front of so many people) and you know the whole world is watching, halos hindi ka na makarinig (it is as if you can no longer hear),” said Abunda. “And you’re trying to be as poised as you can and then you’re trying to process and you have 30 seconds to do it, so it is not easy.”  Cody Cepeda /ra