The woman who dances with cars 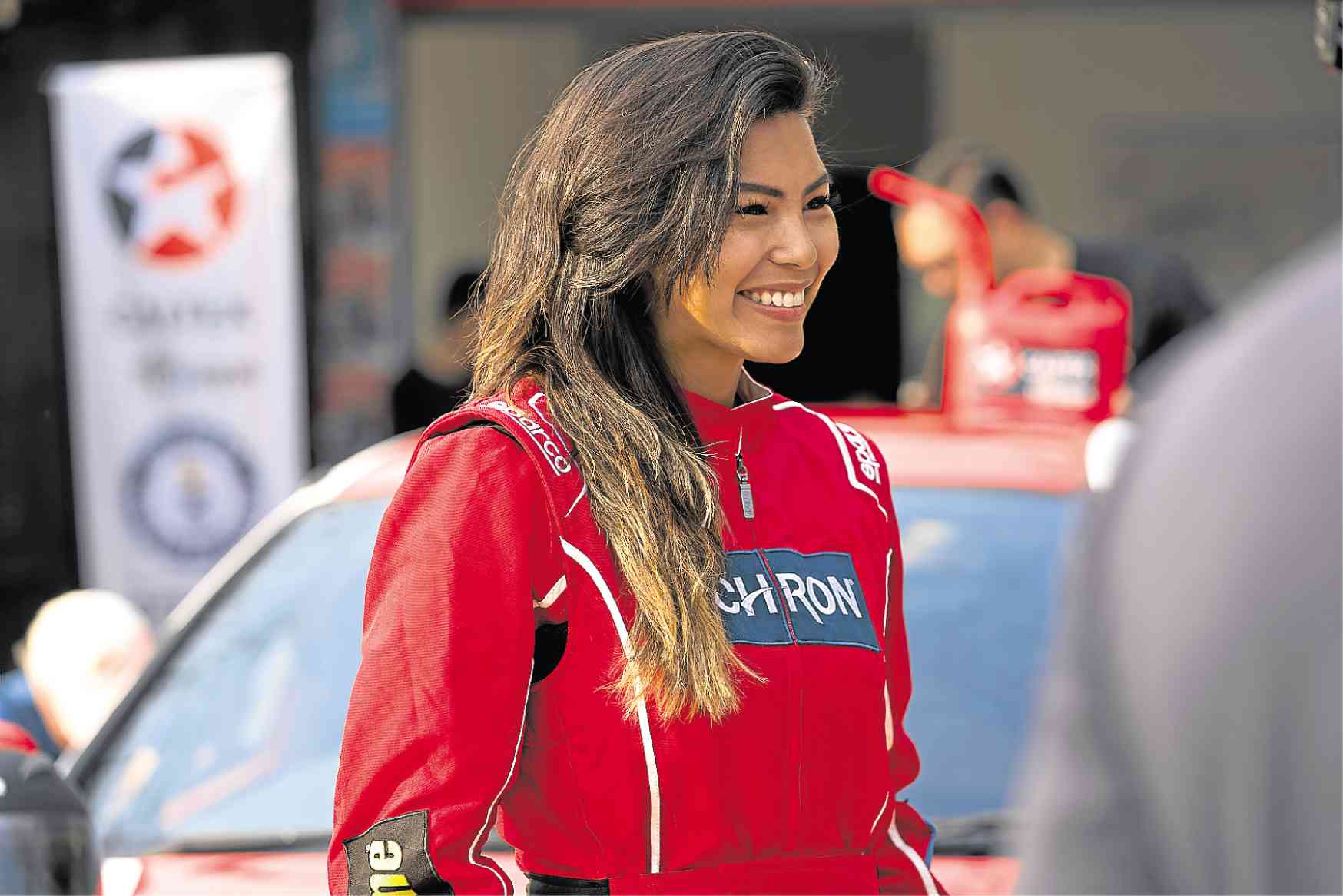 Race car driver Natasha Chang and actor-DJ KC Montero are facing one of the toughest challenges of their lives. In a thrilling sprint to the finish line, the pretty Natasha, also known to her followers as Chiney Dolly, and the hunky KC go through the wringer as they take a rare shot at making it to the Guinness World Records.

You’ll see the Jamaica-raised “half-Puerto Rican, half-Chinese” American speed queen going “mano-a-mano” against the Fil-Am adrenaline junkie as they attempt to write their names into the record books—for the fastest ascent to the Doi Chang mountain in Thailand by car.

Last week, we caught up with Natasha for this interview and found the eloquent speed queen as kickass as the sport she pursues with so much passion and dedication.

Asked to describe herself, Natasha said, “I was born in Florida, to a Puerto Rican mother and Asian father. We moved to Jamaica when I was younger. I fell in love with the beautiful island and its people and culture … and didn’t want to leave.

“I’ve been involved with the automotive industry, both professionally and personally, my entire life and have fought tooth and nail for respect in the community for years. I love my multicultural background, [which makes me] see things a bit differently.

“I’ve been a tomboy my entire life, I would play video games and compete when I was younger—Counter-Strike, Warcraft and now DotA/HoN. So, I’ve always been somewhat of ‘the only woman.’ I’ve learned to be tough over the years and more understanding of disagreements, different egos and having to respectfully earn your place in something you love.

She described her “Record Rides” experience as “unbelievable.” She explained, “Never did I think I would have the opportunity to do something this cool. To travel across the world for a National Geographic show doing such amazing things and going on such fascinating adventures.

“My cohost and the guys behind the camera were wonderful to work and hang out with!

“Because of it, I found new respect for the TV industry—that was a lot harder than I would have ever imagined. Watching the show, all I hear when I see myself on camera is my goofy laugh or how dorky I really am. But I’ve embraced it. Over the years, I’ve learned what I think is very important: The ability to laugh at yourself.” 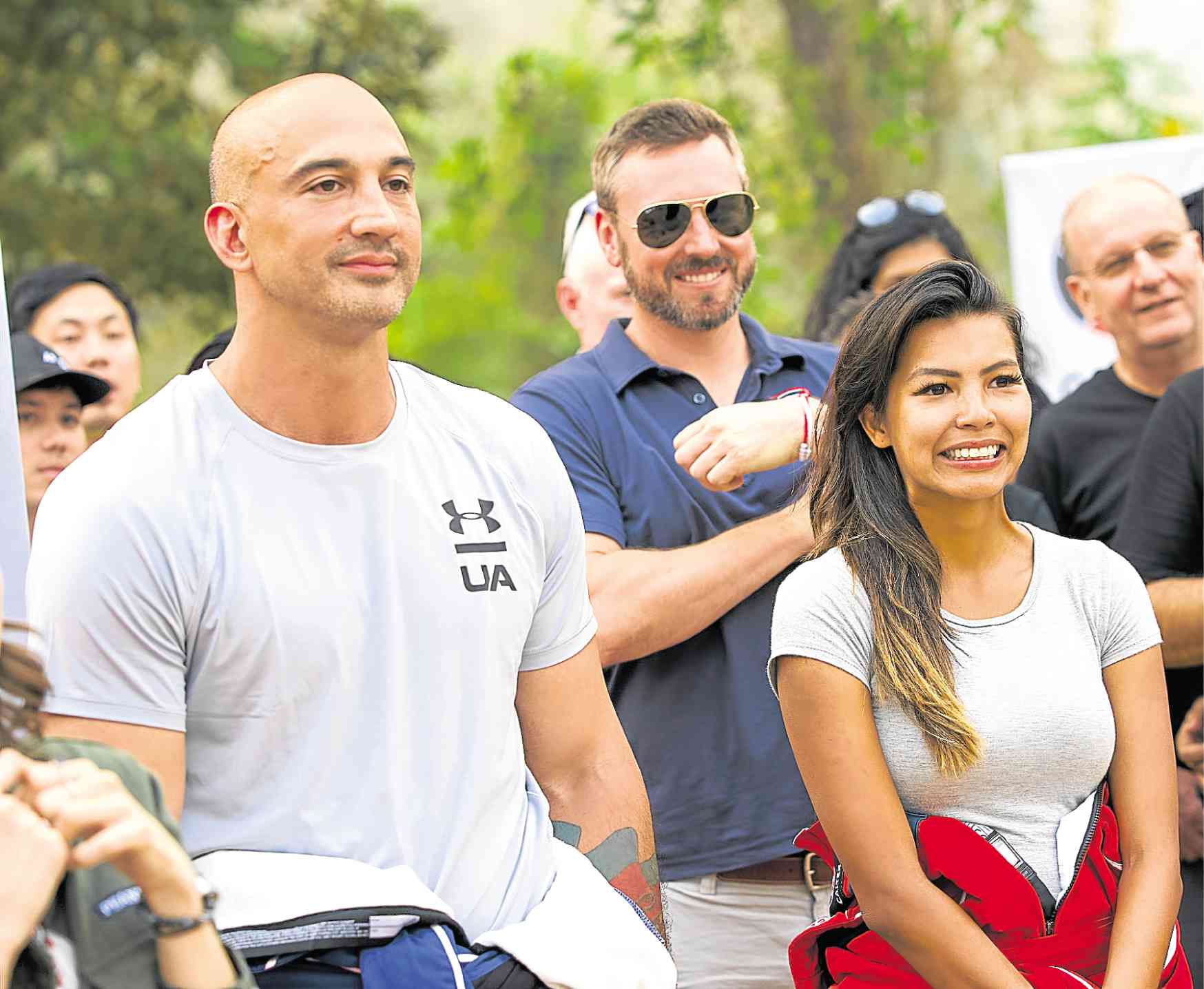 Excerpts from our Q&A with Natasha:

You’re pretty accomplished as a race car driver. What kind of challenge did the show present to you? When you do a rally, you get an allotted time to practice. For this particular race, however, we only got to drive the route once in a stock car on an open road.

[It wasn’t easy] not being able to see much, or properly assess speeds and road surfaces. For my first hill climb, it had me a bit on edge.

How long do you usually prepare for a race, and how different was your preparation for “Record Rides”? I typically try to do some form of meditation, which is meant to reduce all action, to clear my mind and focus on the task at hand. For “Record Rides,” it was difficult because we had to consider the aspect of [shooting for] the show and people wanting to know your next move.

There was so much action and excitement. It was hard to detach and calm down.

What were the most memorable moments for you on this particular journey? That’s a tough one. I was extremely excited to try drifting for the first time. But to be honest, it’s difficult to single any out. Everything was a first for me, and I enjoyed every bit of it—from being able to explore a new country to experiencing new cultures. The entire experience was profoundly memorable.

It’s been about 13 years since your racing debut at the Palisadoes International Speedway. How has racing changed your life, and what are the lessons it taught you? Racing has been an outlet for me since Day One. It’s something I could focus on, learn and grow with.

Most importantly, racing taught me to never give up. I was the only woman racer at the time when I started back in Jamaica, and it was tough being in a man’s world.

They tell you that you don’t belong, they single you out and say it’s only for attention.

But I’ve experienced that since I was young because I was a tomboy who chose to play with the car instead of Barbie. So I took all the comments as challenges and proved all of them wrong.

Racing has taught me to be strong, to never stop at a no, to never give up on something you love. And even if people see you as “different” or “weaker,” you have to rise above it all and keep moving forward.

How did a beautiful girl like you end up in car racing? In a nutshell, how did your interest in it begin? My grandfather was a classic car enthusiast. He collected classic Jaguars, and our favorite times together were spent fixing things, then taking them out for a spin.

But it wasn’t until my friend Joel invited me to drive a go-kart that I was hooked.

Since that day, I’ve never looked back. I’ve done and raced in almost every genre of racing. 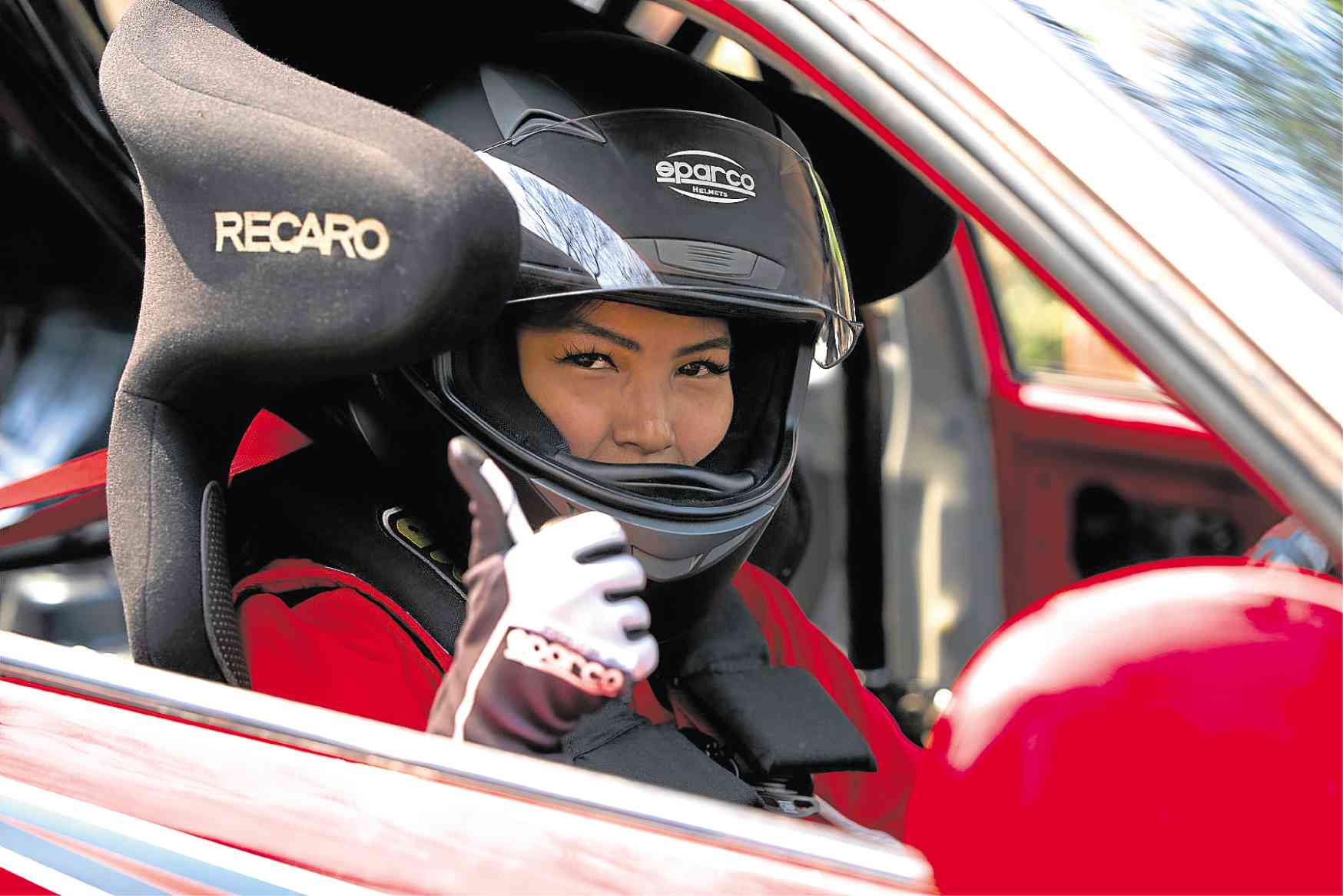 Chang is a huge fan of Lewis Hamilton.

I didn’t grow up seeing a female role model who raced. I’m not the first, but I knew I wanted to do it, so I did.

We women can do anything. Don’t wait for someone to show you or lead the way … Just do it.

Like any sport or hobby, it takes dedication, grit and getting your hands dirty.

It won’t be easy, and you will have to prove yourself and show them that you belong. But don’t let that get you down. Take it as a challenge—and enjoy it every step of the way.

What are common misconceptions about racing that you can share with us? A race is won on the straight. The first question people ask me is how fast my car goes on the straight. I always answer, “It’s how fast it goes through the corners.”

Who are your racing heroes? I’m a huge Lewis Hamilton fan. But I believe that in order for you to be in this sport, to genuinely love and cherish this sport, we’ve all [got to be] crazy together.

It takes a different type of person to do this—and to be good at it.

What are your favorite races, so far? I would say my first dirt rally in Jamaica. I was the first woman to campaign a Group N rally car in the Caribbean. On dirt, you’re dancing with the car. It’s scary … but beautiful!

What are your other endeavors? What do you do in your downtime? My fiancé and I hold an annual event called The Naples Run. This year was our first installment, and it was more successful than either one of us could have anticipated. The Naples Run will be a charitable event, where we privately rent a race track and hold a fully catered driving experience that kicks off with an awesome car convoy. I’m generally an active person. I ride horses, play golf—oh, and I’m a cycle fanatic—and I play video games.

If you were to assess KC Montero’s performance in the show, how would you rate him? I was very impressed! He’s definitely an adrenaline junkie. I saw him get nervous from time to time, but he would always tackle it with a smile. I’d give him a 10/10.