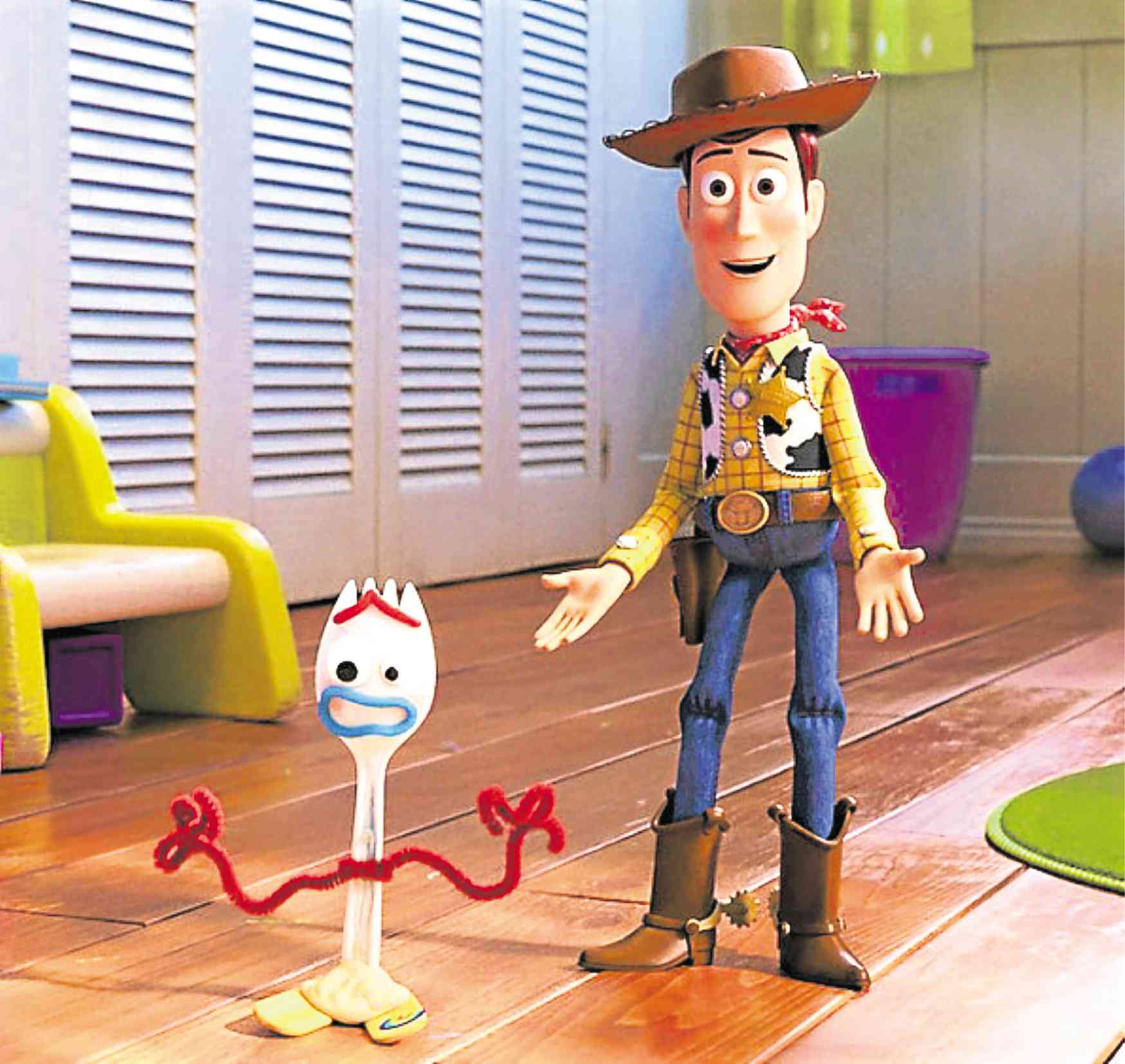 LOS ANGELES–This early, “Toy Story 4” is already being hailed as one of the best films of 2019 so far, thanks to its reenergized story and the introduction of fresh new characters.

Credit those animation wizards in Emeryville, California that they managed to make a toy made from trash in the movie anchor this fourth installment along with the usual lead characters, Woody (Tom Hanks) and Buzz Lightyear (Tim Allen) and the returning Bo Peep (a wonderful Annie Potts).

Let’s start with Duke Caboom, a surprise new memorable animation character by Keanu. “Toy Story 4” director Josh Cooley, interviewed along with producers Jonas Rivera and Mark Nielsen, recounted how the “John Wick” and “Matrix” star came to be cast in a Pixar movie.

“What was so great about Keanu is we knew we were going to have a Canadian stuntman,” Josh began. “We went into the casting process completely blind. We didn’t want to see the faces of these people (being considered) because they’re not going to be onscreen. We also didn’t want to know the names because we wanted to just hear the voices and see if it works.

“So, we’re looking at a picture of Duke Caboom. We were all there, and they’re playing these different clips [of voices] and we’d go, ‘OK, onto the next one.’ Then they played a line from a Keanu movie that I had not seen, and we were all like, ‘Whoa, wait, who’s that?’ And they were like, ‘You really want to know?’ And they say, ‘It’s Keanu Reeves.’ We were like, ‘Oh man, he’ll never say yes. It’s too bad because he’s amazing.’

“But then, we thought, let’s at least ask. It couldn’t hurt. And Keanu said, ‘Before I say yes, I would like to meet with you, guys.’ And so, he came up to Pixar. We were having lunch in the atrium and, he said, ‘Tell me about Duke. What’s he like…?’ He was asking questions. It was amazing. 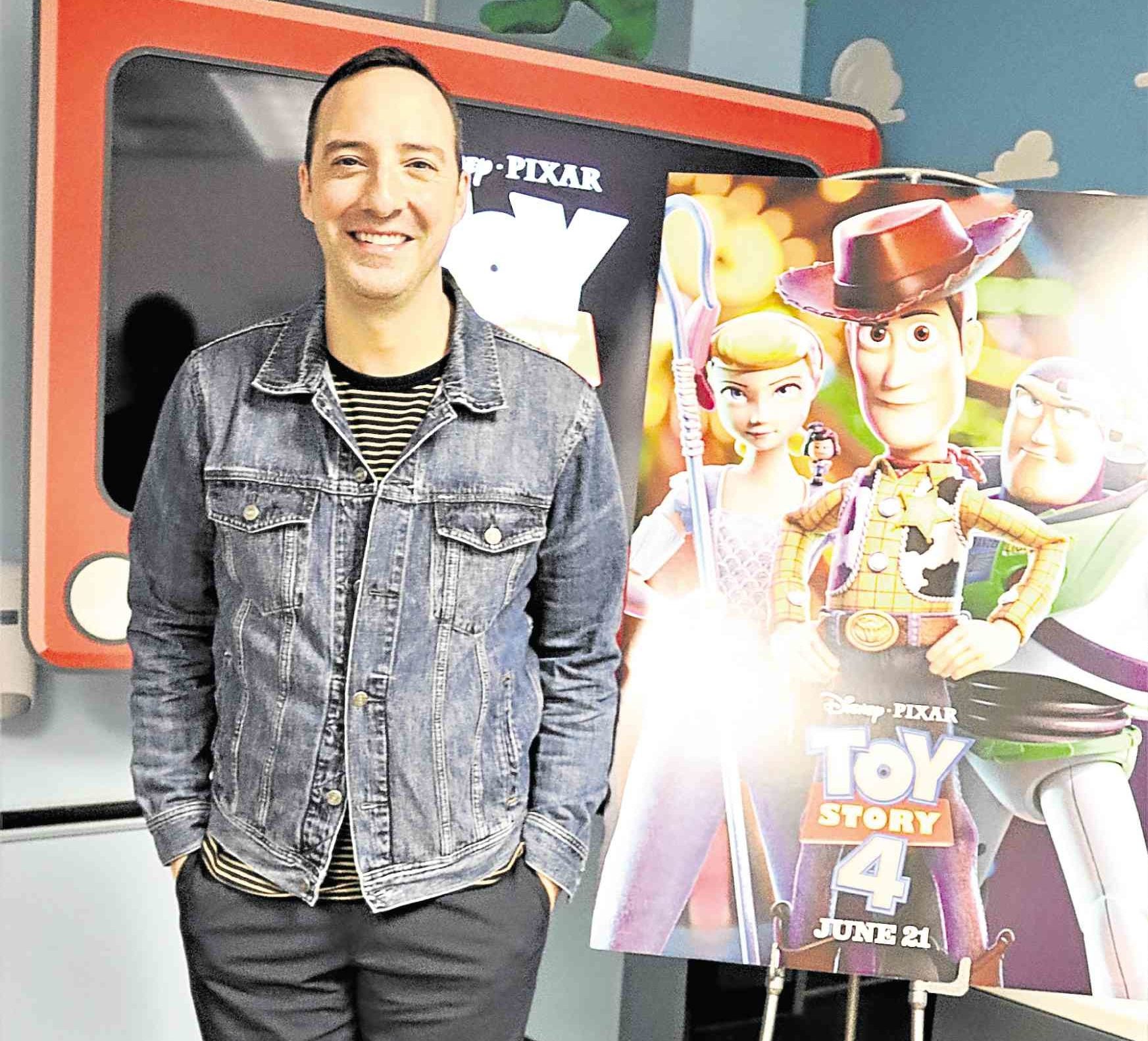 “We started laughing, then Keanu kept doing Duke Caboom poses. He stood up on the table in the middle of the room. We looked at each other and thought, that’s Duke Caboom. I said, ‘Well, dude, you’re Duke Caboom.’”

Jonas said, “With all of our cast, we … want them to be themselves and to bring real life into the character in a more sophisticated way. Keanu did that. He was really thoughtful.”

Josh added, “I was surprised about how funny he was.”

On how Forky came about, Jonas explained, “Forky was born out of this idea—one of things we did early on was just try to get back to ‘Toy Story.’ What are the truths of being a toy? The three of us are parents of young kids … in high school to first grade.

“Woody’s job has always been to be there. Woody says, ‘I’d be there for my kid when my kid needs me.’ Well, he’s feeling that’s eroded a little bit. And now by proxy, what Bonnie needs is this piece of trash, literally.”

Josh said, “And the other thing is that Forky, not knowing what it means to be a toy, has forced Woody to explain what that means. So, Woody really took to being a mentor.”

Tony Hale, whose roles include Buster Bluth in “Arrested Development” and Gary Walsh in “Veep,” still hasn’t gotten over the fact that he’s in a “Toy Story” movie and that his character might become one of the film series’ most beloved figures.

“I’m sitting here going, how did I get here?” Tony said in our chat in Disney’s Hollywood Studios in Florida.

On his character, Tony said, “I love that he is not only simply made from a spork, pipe cleaners and popsicle sticks, but he sees the world very simply. He’s kind of a blank slate, where he doesn’t understand the rules of the universe. So, when humans walk in and all the toys drop, he’s like, what’s going on?

“And like somebody says Bo Peep and he’s like, what’s a bow? He doesn’t understand any of that. I will say I relate to Forky because I’m as overwhelmed by this as he is. I think we both have the impostor theory. Like, am I here? What’s going on? I’m as astonished that I’m a part of this movie as I think Forky is. So, I relate to that.”

“I don’t know,” Tony said with a smile when asked if he’s ready for a life being asked by kids for autographs, being the voice of Forky. 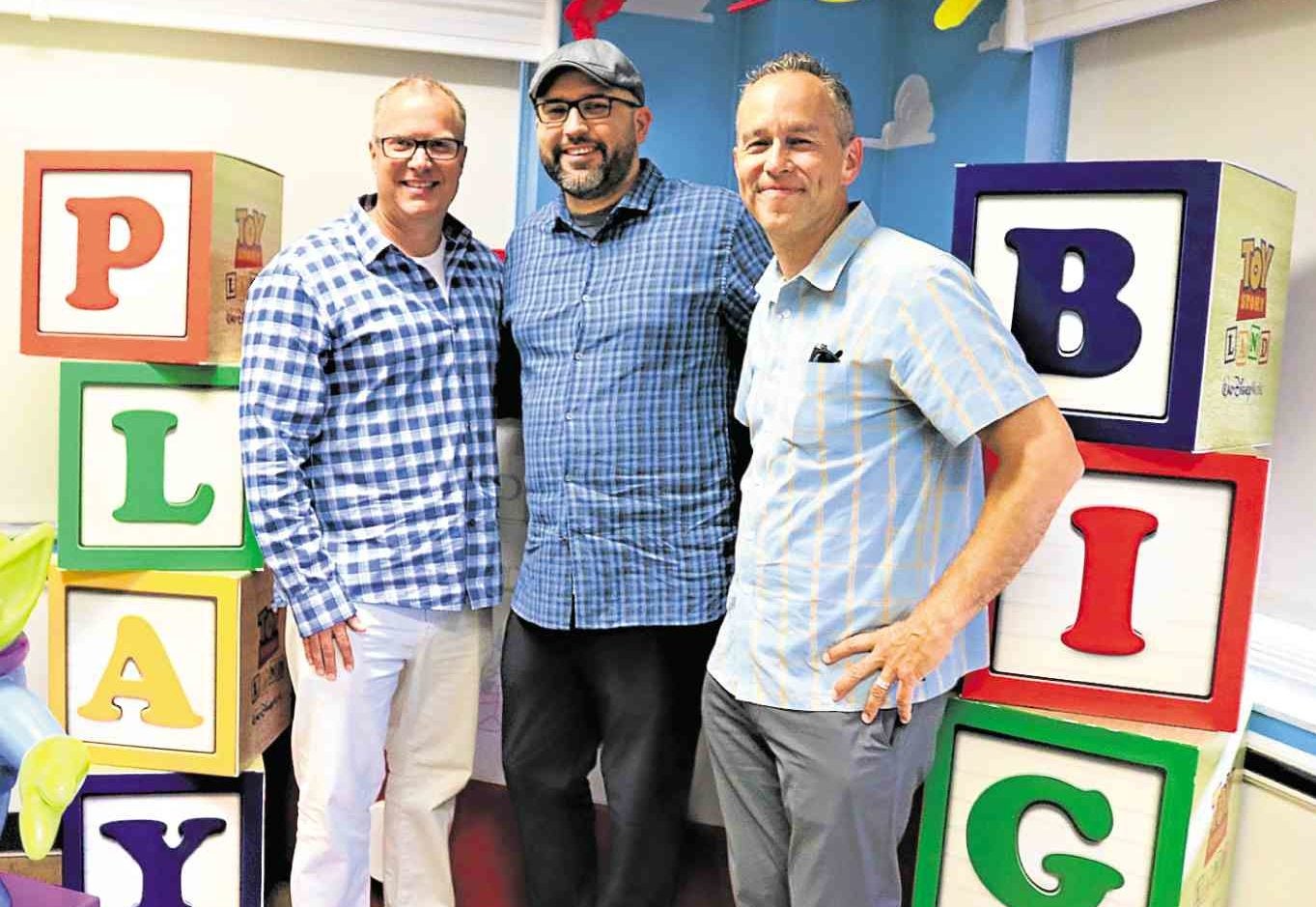 “But I’ll see little Forky dolls and kids dressed as Forky and it’s so adorable. Then I think, oh wait, I did the voice of that character. So, it comes in waves for me.”

“I love that Forky’s kind of the best of both worlds,” Tony enthused, grinning. “He’s got the spoon and the fork.

“I have a special relationship with forks and spoons. It’s weird though, because I remember when I came to Pixar and they showed me a picture of Forky. I was like, it is not what I imagined. But then, as they began to describe his simplicity and almost childlike wonder, how he saw the world, he was just everything. He had so many questions. I love the freedom that he has to ask so many questions.”

Forky fits in this era of recycling and environmentalism. “I love that kids can make their own Forky so easily. It’s tough to make Buzz Lightyear, but Forky, he’s simple to make. And one of the very special things about Forky’s journey that I’m absolutely crazy about is he thought, I’m made for the trash; I’m made to help people eat chili and soup.

In addition to Forky and Duke Caboom, other characters liven up this fourth offering of the Pixar movie franchise: Bo Peep (as we mentioned), a doll named Gabby Gabby (Christina Hendricks) and her posse of creepy ventriloquist dolls and Keegan-Michael Key and Jordan Peele as delightfully irreverent carnival plush toys, Ducky and Bunny, respectively.

Josh said about Bo Peep’s comeback: “Her return was in the very genesis of this film. We wanted to answer where she has been. She wasn’t in the third one. And we realized that her being a lost toy would conflict with Woody’s point of view on what it means to be a toy.”

Josh delighted in recounting Christina’s voice recordings. “She was wonderful. I remember the first recording session we had with her. The very first thing we recorded, just to get into the character, were the voice box lines for her. Like, ‘I’m Gabby Gabby!’ and ‘Will you be my friend?’ She sounded so sweet and perfect.

“Then, we recorded the scene where Gabby Gabby meets Woody for the first time. We were telling Christina like, ‘You’re a black widow who is pulling in your prey and the prey has no idea. You’re doing it with the biggest smile on your face.’ She’s like, ‘Oh, OK, great.’”

Mark said, “Most children spend their life trying to avoid those dolls. We always thought of Gabby Gabby as a bit like Norma Desmond. She’s lost in time, forgotten.”

As for Keegan-Michael and Jordan, Josh shared, “Just knowing that these characters were going to be kind of trickster characters like in the world of ‘Key & Peele,’ their names were the first ones we thought of. I’m so glad they said yes. In their recordings, my stomach has never hurt so much, partly because you can’t laugh. You got to be quiet. Otherwise, it comes up on the mic. But they were so much fun to work with.”

Read Next
How newbie Kelvin has found his passion for acting
EDITORS' PICK
Shop smarter with vivo’s big 12.12 holiday deals
House energy committee chair Arroyo bats for cheap electricity
How not to retire as an ex-president
Lawmakers eyeing more changes in Maharlika plan
Hidilyn Diaz wins only gold missing from her collection
The vivo Y02 is now available in the Philippines for only PHP 5,299
MOST READ
Jovit Baldivino, ‘Pilipinas Got Talent’ winner, dies at 29
Singers, fellow colleagues pay tribute to Jovit Baldivino: ‘Isang kapatid sa pag-awit’
LPA enters PAR, to likely strengthen into tropical depression in coming days – Pagasa
Andi Eigenmann, family in Manila for a quick visit; Ellie dines with grandma Jaclyn Jose
Don't miss out on the latest news and information.