The 75-year-old frontman ran and skipped along a narrow stage that jutted out into the crowd. It was his first major concert performance since doctors told him just three months ago he required medical treatment and needed to postpone the tour. 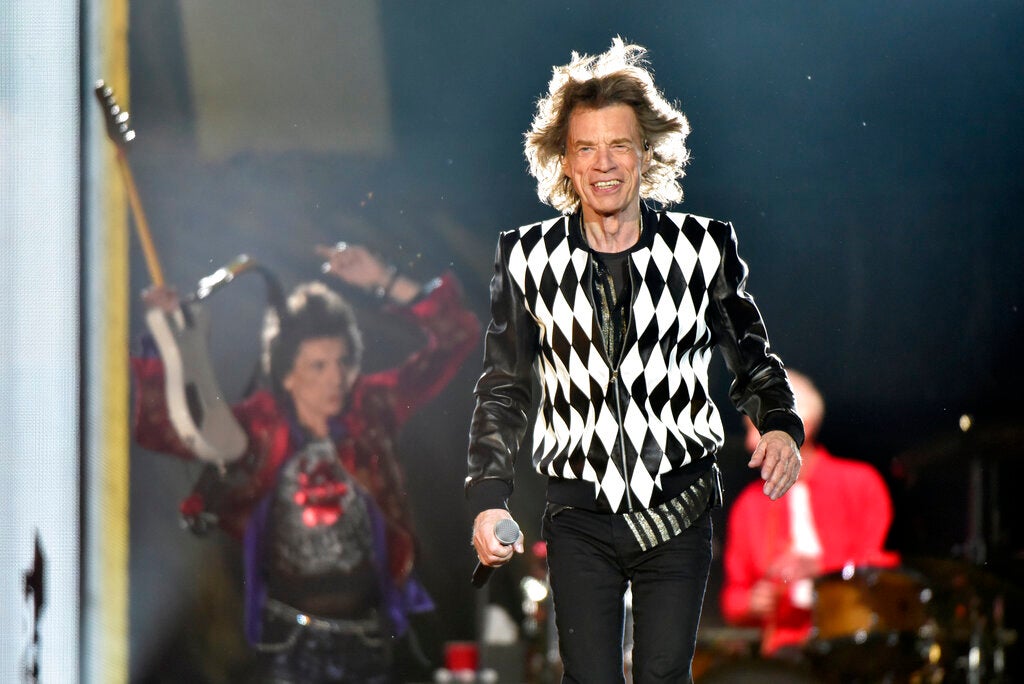 Ron Wood, left, and Mick Jagger, of the Rolling Stones perform during the “No Filter” tour at Soldier Field on Friday, June 21, 2019, in Chicago. Image: Rob Grabowski/Invision/AP

The band, formed more than 50 years ago, opened with “Street Fighting Man” followed by “Let’s Spend the Night Together.”

“It’s great to be back at Soldier Field — for the eighth time,” Jagger said before launching into the third song, “Tumbling Dice.”

All the Stones are now in their 70s. Guitarist Keith Richards is also 75. Ronnie Wood, who plays guitar as well, is 72. Drummer Charlie Watts is the senior member at 78.

The No Filter Tour was slated to start April 20 in Miami before doctors told Jagger in late March he required treatment, reportedly for a heart valve issue. Jagger tweeted at the time: “I’m devastated for having to postpone the tour but I will be working very hard to be back on stage as soon as I can.”

A representative for Jagger said in April he successfully underwent treatment and that he was expected to make a full recovery.

All the cities on the tour that were previously postponed are locked in, and there’s a new date in New Orleans. A second show at Soldier Field, the home stadium of the Chicago Bears, is scheduled for Tuesday.

Chicago, a home of the blues and long considered an artistic inspiration by the band, made a logical starting point. The Rolling Stones returned to its blues roots in 2016 with the release of “Blue & Lonesome,” which earned the Stones a Grammy Award for best traditional blues album.

The coast-to-coast tour, which the Stones have said will feature classic hits, will include stops in Florida, Texas, Arizona, California, Washington, Colorado, Pennsylvania, Massachusetts, New Jersey and Washington, D.C. Tickets sold for the original dates are being honored, but those who couldn’t attend were able to get refunds by accessing their Ticketmaster accounts. NVG