The world-acclaimed singer spoke alongside Macron before thousands of people packed into the presidential Elysee Palace courtyard for an event of the annual Fete de la Musique. 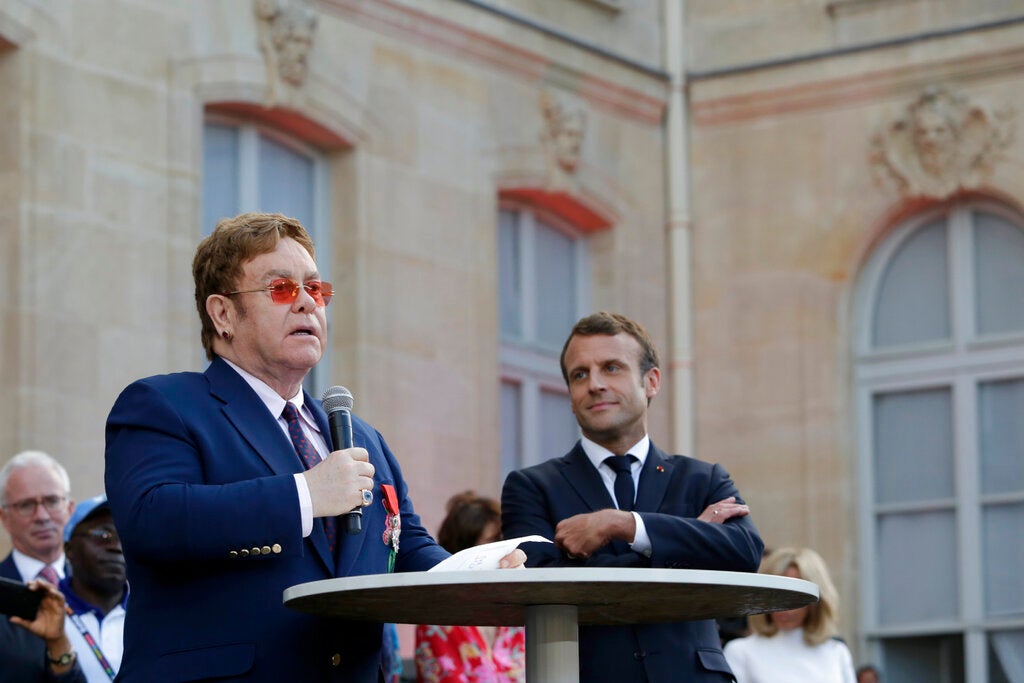 John was clearly moved at receiving France’s highest award, pinned on him by Macron in a private ceremony, attended by the singer’s husband David Furnish and their two children, among some 20 people in his entourage present.

The president saluted the virtuoso musician as “an icon that knew how to set an example,” the Elysee Palace said.

“To receive this decoration the day of the Fete de la Musique makes it even more special,” John said later in the palace courtyard.

Macron used the occasion to make a call to youth and world leaders to replenish the Global Fund to Fight AIDS, Tuberculosis and Malaria before an October summit in Lyon, France. 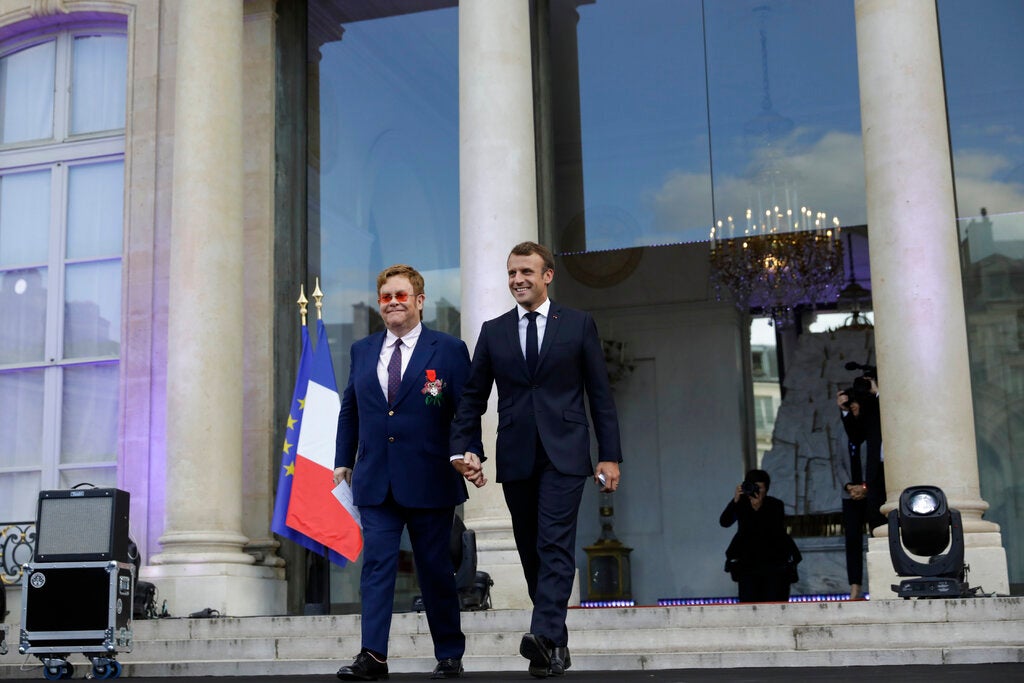 He said that 27 million people have been treated and saved through the Global Fund that raised about 13 billion euros in 2016.

“We must do better,” he said, calling on all to mobilize over the next 110 days. “Make life impossible for us,” he told the crowd, appealing to the youth of Europe and the world to badger their leaders.

John took up the call.

“Success is essential,” he said, adding, “It is of great importance to me.”

John has his own AIDS foundation, which celebrated its 25th anniversary last year.

Macron said he had just “decorated someone who created a unique foundation” that gathered 450 million euros for the fight against AIDS.

That fight, the singer said, reminds him “each day of the extraordinary power of the human spirit.” He added, “It is this magical human spirit that I will carry with me as a proud member of the Legion of Honor.”

John performed in Paris on Thursday night in what is billed as a farewell tour. NVG