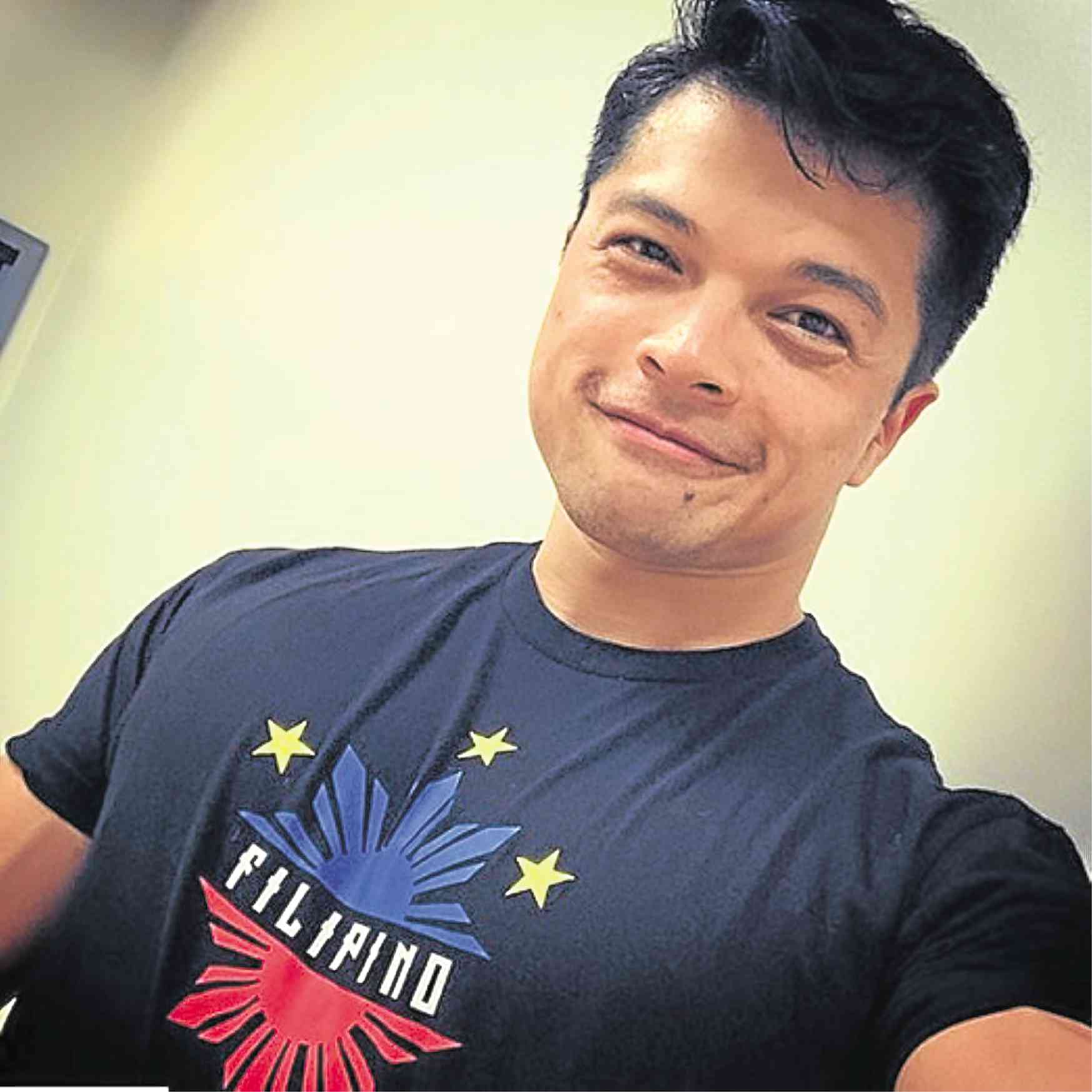 Actor Vincent Rodriguez III, whose musical-comedy show “Crazy Ex-Girlfriend” ended last April, took to Instagram to show off his shirt, which had elements of the Philippine flag and the word “Filipino” on it.

Admitting it was a few days late to celebrate Philippine Independence Day, he nevertheless felt that his last big gig was worth talking about.

“I’m very proud to be Filipino,” said the 36-year-old actor, who grew up in Daly City, California. “And I’m honored to represent my Filipino community in the entertainment industry. Especially having played the first Filipino love interest on a network TV show.”

He then thanked costar and show cocreator Rachel Bloom for casting him as the “West Covina-born and raised, Filipino, SoCal Bro, Josh Chan.”

“Rachel and Aline (Brosh McKenna, cocreator) were the ones who embraced my Filipino background after casting me, which [led] to: [his] last name being changed from Chang to Chan; showing Josh’s Filipino family in the Thanksgiving episode; highlighting and authentically showcasing Filipino cuisine; hiring writer [Rene Gube]… who’s also Filipino and plays Josh’s mentor/best bro, Father Brah; and last but not least, casting [Lea Salonga] to play my Aunt (Tita) Myrna.”

The openly gay actor then ended with some hashtags, including “PinoyPride” and “PinoyFambam.”