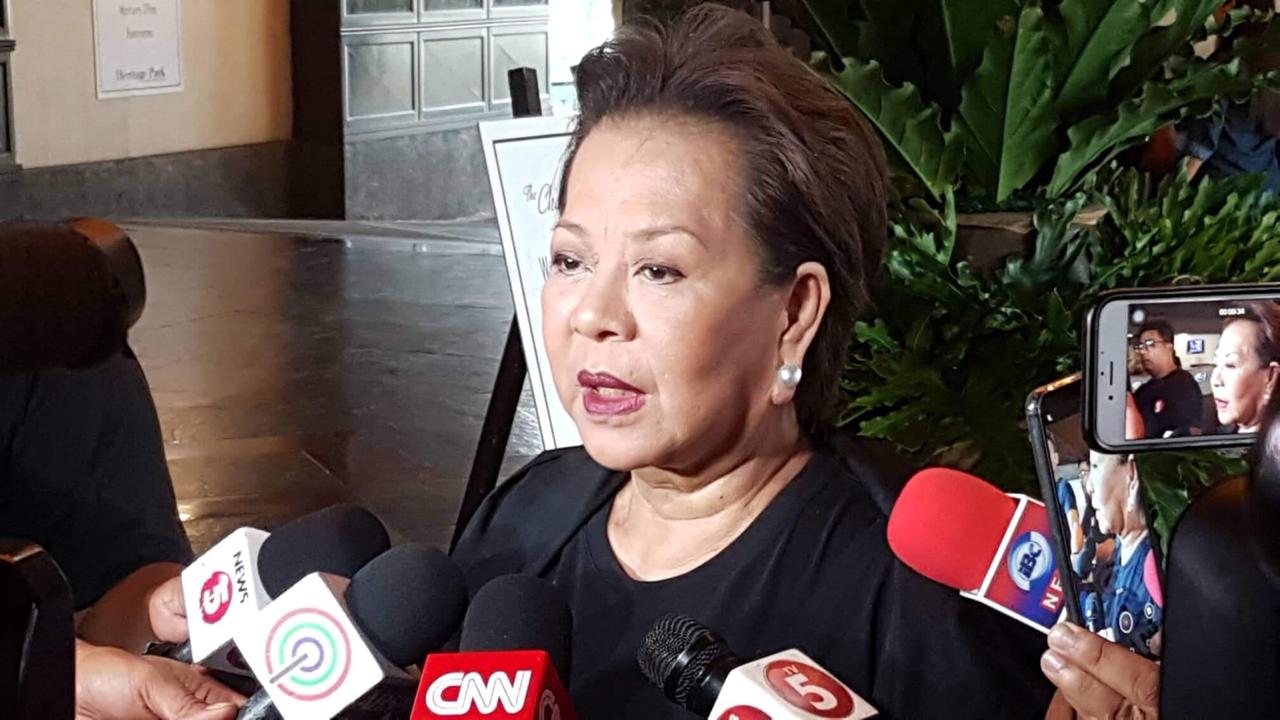 Director Bibeth Orteza speaks to reporters on Friday, June 21, 2019, at the Heritage Park in Taguig City where the wake of veteran actor Eddie Garcia is held. Orteza says there’s no truth to stories that Garcia wanted his ashes sprinkled in Manila Bay. Krissy Aguilar / INQUIRER.net

MANILA, Philippines — The ashes of esteemed actor and director Eddie Garcia will not be scattered in Manila Bay, director Bibeth Orteza said Friday.

Orteza said Garcia had made a promise with Mike Romero, father of his longtime partner Lilibeth Romero, that they would be together at the deathbed.

“So ‘yun ang inaayos nila. ‘Yung mabili ‘yung lote na malapit doon. And then in the meantime, after the services on Sunday, iuuwi ni Lilibeth ‘yung mga abo,” she added.

An interview of Garcia saying he would want his ashes to be scattered in Manila Bay surfaced after he passed away.

His family, however, granted his wish to be cremated immediately after passing on.

READ: Eddie Garcia’s wish to be cremated granted by family

The wake of the acclaimed movie and television icon has been opened to the public starting Friday until Sunday.

Garcia died Thursday after nearly two weeks of being in a comatose state. He suffered a neck fracture after tripping on a cable wire during his taping for a GMA Network teleserye. (Editor: Katherine G. Adraneda)