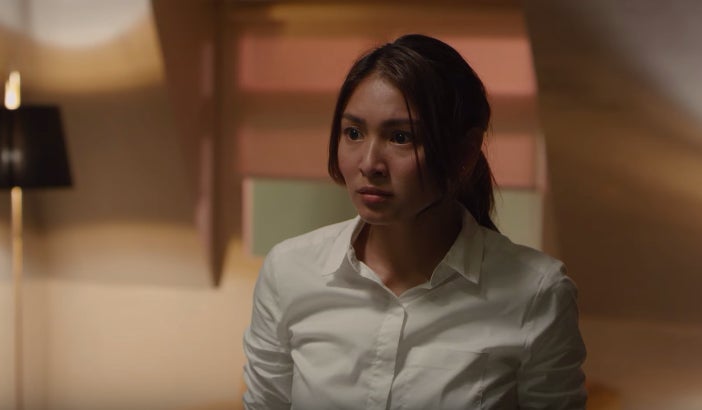 Nadine Lustre in the role of Joanne in the 2018 film “Never Not Love You”. Image: Screengrab from YouTube/Viva Ent

Nadine Lustre bagged another best actress win at the 2019 Gawad Urian awards held on Tuesday, June 18 at the UP Film Institute in Quezon City for her role in the 2018 film “Never Not Love You” by Antoinette Jadaone.

After her latest achievement, Lustre looked back on experiencing self-doubt, as seen in her Instagram post on Thursday, June 20.

“My journey has never been easy. For years, it felt like I was mindlessly walking on a dark misty road, with a heart full of doubt and hopelessness,” the actress said.

Lustre admitted she was afraid of failure, saying, “Big dreams, I almost abandoned because of fear.”

“I’ve learned to conquer the bad and celebrate all the good. Keeping in mind that everything in life happens the way the universe orchestrates it,” she recalled.

“I gave up so many times and for some reason no matter how risky and impossible the road may seem, I needed to continue walking,” the actress said. “I’ve always been one to question my purpose and now its (sic) never been more clear. Maraming Salamat po (Thank you very much) Gawad Urian.”

The actress also won Best Actress at the FAMAS Awards and Best Performance at the Young Critics Circle for her role in the same film. NVG