‘Beautiful’ lives up to its title 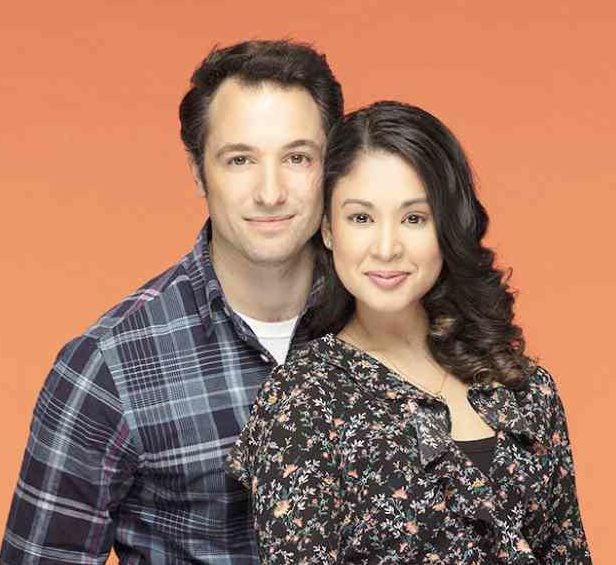 The title of Atlantis Theatrical’s latest offering, “Beautiful,” might as well be the most appropriate word to describe the show itself. Allow me though to add a few more: affecting, grounded, emotionally honest, with the ability to throw fans and older audiences back to the days when Carole King’s music became integral parts to the soundtracks of their lives.

Selections from her seminal album “Tapestry” most certainly added themselves to my own, even before I could fully understand what each of those selections, which spoke of joy, hope and heartbreak, meant.

Songs like “It’s Too Late,” “I Feel the Earth Move” and the most anthemic one of them all, “Natural Woman.” Perhaps a lot of credit belongs to the late great Aretha Franklin for its anthem status, but she needed Ms King’s words and music as a springboard.

For “Beautiful” though, the story begins at Carole King’s concert in that most storied of venues, Carnegie Hall in New York City. We see her as we normally do: at the piano, her wild hair cascading down to her shoulders, with unbridled joy on her face.

However, as the musical continues, we see that her own life’s journey was not an easy one. Carol Klein, all of 16 years old, sells her first song to Don Kirschner with permission from her mother.

While at Queens College, she meets her eventual songwriting partner Gerry Goffin. Over the course of their tandem, she gets pregnant, they get married, and after two daughters and many hit songs (which include “Will You Love Me Tomorrow,” “The Loco-Motion,” and “One Fine Day,”), Carole leaves him and sets off for Los Angeles where, with legendary producer Lou Adler, “Tapestry” is produced and recorded. The rest is history.

The show also looks at the King-Goffin team’s competition with another tandem, that of Barry Mann and Cynthia Weil (“On Broadway” and “You’ve Lost that Loving Feeling” among many others), as well as their long friendship from their days working in adjacent offices at 1650 Broadway. All bear witness to Gerry’s struggle with manic depression and multiple affairs, and Carole’s solo ascent to superstardom as a singer-songwriter.

Director Bobby Garcia assembled a company of actors who are not only golden-throated and gorgeous, but know how to interpret the pop songs that populated the charts and radio playlists with honesty.

Kayla Rivera as Carole King is a star, having been honed in previous Atlantis shows, such as “In the Heights,” “Aladdin” and “Side Show.” She ably carries the musical on her shoulders, playing Carole with great optimism, vulnerability and resilience, not to mention a clear pop sound that serves the music well.

As her husband and partner Gerry Goffin, Nick Varricchio doesn’t just give us charm and good looks, but also a clear idea of what manic depression looks like from his eyes, and those of the ones he loves. His is a bravura performance that hits us right in the heart.

George Schulze (Barry Mann) and Mikkie Bradshaw-Volante (Cynthia Weil) need to be reviewed as a tandem, as they’re serving us comedy gold along with stratospheric range. Jamie Wilson, as always, is consistent and strong as Don Kirschner, and Carla Guevara-Laforteza as Genie Klein, Carole’s mother, is so much fun to watch, especially with that close-to-spot-on Brooklyn accent. Maronne Cruz as Carole’s best friend Betty and Gabby Padilla as Kirschner’s secretary Lucille prove that there are no such things as small roles.

The rest of this very young company, many of whom have appeared in previous Atlantis musicals, is exceptional. The Drifters (Timmy Pavino, Markus Mann, Arman Ferrer and Jep Go), The Righteous Brothers (Rhenwyn Gabalonzo and Arman Ferrer), The Shirelles (Gab Pangilinan, Teetin Villanueva, Jill Peña and Alex Reyes), and Little Eva (Teetin Villanueva) are the real-life artists behind many of King and Goffin’s hits, and the actors cast in those roles sing those hits for the gods.

The production design by Faust Peneyra immediately establishes time and place with bright, almost psychedelic patterns which, aided by Aaron Porter’s lighting design, seem to immediately disappear once the actors are onstage.

Raven Ong’s costumes and Leslie Espinosa’s hair and makeup designs transport us all into whatever era we need to be in. And Cecile Martinez’s choreography made even the most dance-challenged actor look fabulous.

However, I shall save my largest compliment to my love, the man at the helm of it all, Bobby Garcia. As in the case of Atlantis’ 20th anniversary season opener “Angels in America,” the driving force behind “Beautiful” is love.

Love for the music, and love for the people. One can see this thread running through this production, and it’s obvious with the degree of care he has exercised over its direction. It’s also a love that’s infectious, as we in the audience could “feel the earth move” with it.

To everyone involved in “Beautiful,” you all deserve every glowing review that has and will come out. Your hard work is obvious, but more than that, your love for what it is you do exceptionally well is made apparent. Congratulations on so many jobs well done!

For one more run, the highly successful “Ang Huling El Bimbo” will run at Newport Performing Arts Theater from July 5 to Aug. 18. If you haven’t seen this show yet, do yourself a favor and go. You’ll get wonderful performances, fantastic music and a story that’ll make you get all up in your feelings.

And need I mention, music by The Eraserheads?

Prepare workers for ‘jobs of the future,’ gov’t urged