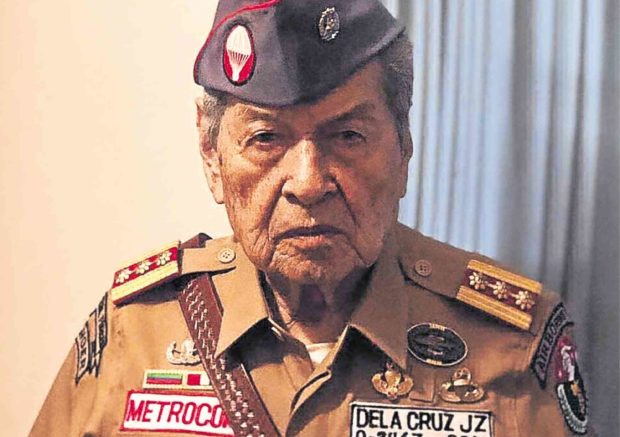 MANILA, Philippines — Veteran actor Eddie Garcia was named as the best actor in the 42nd Gawad Urian on Tuesday for his role in the Cinemalaya movie “ML.”

Garcia beat fellow ML actor Tony Labrusca, as well as Carlo Aquino from “Meet Me in St. Gallen,” Dingdong Dantes from “Sid and Aya,” and Christian Bables from “Signal Rock,” among others.

Aside from his role in “ML,” Garcia — has been in a coma since suffering an accident on June 8 while filming on location for a television series — was also nominated for the same award for his role in “Hintayan ng Langit.”

The movie “ML” tells the story of a millennial college jock, played by Labrusca, who meets a retired colonel suffering from dementia, played by Garcia. Because of his illness, Garcia’s character believes that he’s still living in the martial law era of President Ferdinand Marcos.

As of this writing, Garcia remains in critical condition after suffering from neck fracture while on set for a television series.

On Friday, June 14, the family spokesman, Dr. Tony Rabosa, issued a statement saying that the Garcia family had agreed to put the veteran actor on DNR, or “do not resuscitate,” status.

If a patient is placed under DNR status, medical staff will not do cardiopulmonary resuscitation or CPR if the patient stops breathing.

Rabosa, however, clarified that the family did not authorize the withdrawal of Garcia’s life support.

READ: Eddie Garcia put on ‘do not resuscitate’ status – doctor