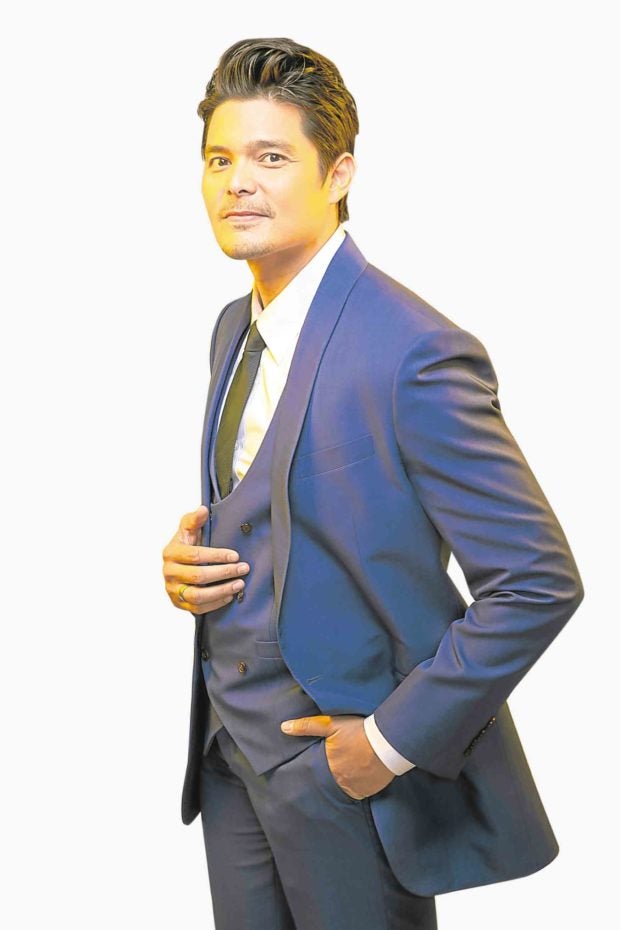 As a former official of the National Youth Commission (NYC), Dingdong Dantes has been consistently vocal on social media about his opposition to the substitution bid of Duterte Youth chair Ronald Cardema to the party-list for being “unqualified.”

Should show biz personalities like Dingdong be more open to taking a public stand on political or social issues?

“That’s how it should be for everyone, especially when it comes to issues close to our hearts,” the actor-host told reporters at a media conference for the upcoming seventh season of the GMA 7 reality talent search “StarStruck.”

“It doesn’t matter if you’re a celebrity or not. If there’s an issue that may affect your life and your loved ones, then yes, you need [to speak out],” added the 38-year-old Kapuso star, who served as NYC’s commissioner-at-large from 2014 to 2016.

Dingdong didn’t have further comments about the Cardema controversy, saying that he has already said his piece in his past social media posts. He had also issued an official statement—cosigned by ex-NYC chair Ice Seguerra and other past officials—calling for the “outright dismissal” of Cardema’s application as a substitute nominee for the Duterte Youth partylist.

His comments seemed to have reignited talks about whether or not he has plans of entering politics. But for now, Dingdong is focused on his job in the entertainment industry.

“Public service is the bottomline. What we do on television and what you do as reporters, they are, in a way, public service,” he pointed out. “So, I think we just have to do better in the job we have been entrusted to do… There are other more creative ways to serve the people.”

Outside work, Dingdong hopes to “renew” his commitment to health and fitness.

He revealed that he plans to run in the Berlin Marathon in Germany later this year—a decision inspired by the birth of his son and second kid, Jose Sixto IV, two months ago.

“I used to be physically active when Zia (his first child) was born. I’m determined to improve my health,” Dingdong said, adding that he and his wife, Marian Rivera, have already put together an initial list of godparents for their baby boy. “We’re having him baptized soon. We’re just looking for a good date.”

For Dingdong, having a new baby feels new and familiar all at once. “The steps are the same. But it’s like starting from the very beginning. We’re getting that feeling again—the nervousness, the excitement,” he said. “It’s a process I don’t mind doing over and over again.”

Marian isn’t in a rush to get back to the grind. “She’s still enjoying Sixto’s early stages right now. If I had a choice, I wouldn’t get out of the house, too,” he quipped. “Zia also gets involved… She has tasks; sometimes, she helps dispose of the diapers. And there’s no jealousy. The concept of being a big sister is clear to her.”

In the pilot episode of “Starstruck” last Saturday, 22 hopefuls—11 boys and 11 girls—had to undergo one last audition to determine the competition’s Final 14. Cohosting the contest with Dingdong is Jennylyn Mercado, the first female winner of the the contest. The council of judges is composed of Cherie Gil, Heart Evangelista and Jose Manalo.

Asked how to compare this year’s search to its earlier editions, he said the social media aspect is one of the biggest changes. In fact, “StarStruck” will have an accompanying YouTube show titled “Inside StarStruck,” which will have its host, Kyline Alcantara, giving the viewers a peek into what goes on behind the cameras.

“There was no social media back then, so you can’t follow their progress or know anything about their personal lives beyond the show,” Dingdong said. “But now, people can be more involved because you can follow the aspirants online.”

While good looks and talent are both very important in looking for a future star, Dingdong stressed that character matters just as much. “You have to see how he or she deals with the challenges … how authentic they are,” he said.