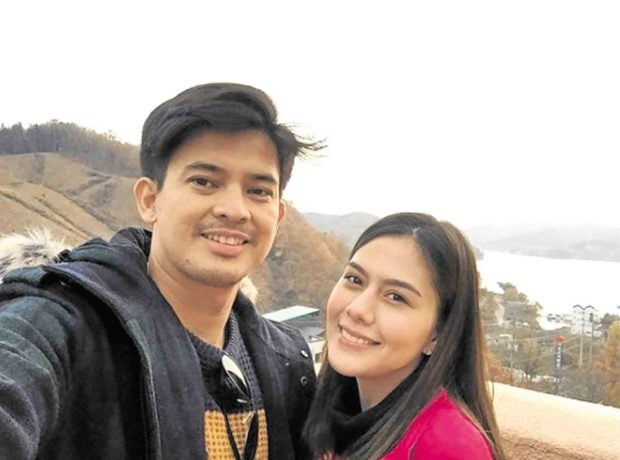 Jason Abalos could very well win a Best Supporting Boyfriend award for standing by his girlfriend, actress-model Vickie Rushton, before, during and after the Bb. Pilipinas (BBP) 2019 pageant.

After bagging most of the special awards, she was a shoo-in for any of BBP’s major titles. Too bad Vickie buckled in the Q&A portion because she got distracted by a heckler. But even without a crown, Vickie will never be dethroned as the queen in Jason’s life.

Here’s my chat with Jason:

What’s your message to Vickie’s bashers? Thanks to them for making her stronger. I’m proud of how she’s handling the post-pageant situation.

Will she join Binibining Pilipinas again next year? It’s up to her. Last year, when she won first runner-up in the pageant, I told her that she does not need to prove anything anymore. What motivated her to join again this year was her advocacy for children with Down Syndrome.

How does Vickie feel that she bagged many special awards, but none of the major ones?  She’s happy and thankful that she didn’t go home empty-handed. She intends to use her cash prizes to help others.

Do you and Vickie have marriage plans already?  Not yet, but we are getting there.

It’s been weeks since “Kuwaresma,” John Arcilla’s movie with Sharon Cuneta, was shown. But John still can’t get over his first time to work with the Megastar.

“I never thought that Shawie and I would click instantly, both on-cam and off,” John beamed. “We were like high school barkada swapping stories. We would then switch to serious mode when it was time to shoot our scenes. I’m amazed by how candid and open she is.”