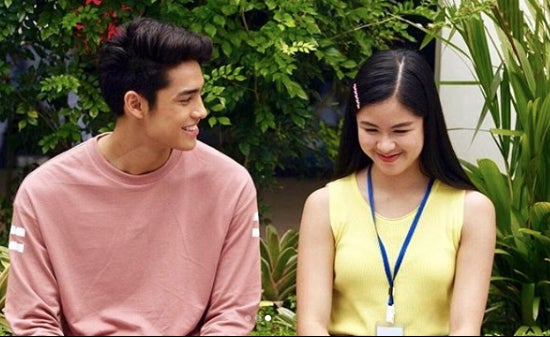 Kisses Delavin broke her silence on the current status of her onscreen partnership with Donny Pangilinan, after the love team’s hiatus from TV and movie projects.

Delavin issued a statement to her supporters about the end of her team up with Pangilinan, as seen in her Instagram post today, June 16.

“I apologize for the social media blackout. I believe that my supporters have the right to know that the ‘DonKiss’ partnership has long been over,” the actress revealed.

“I felt how strongly they want to fight for this ship despite the despites, as it is not just because of the ship itself but the family found in one another. I respect their feelings,” the actress stated. “However, as much as I understand the bleeding hearts of my supporters, I am NOT in favor of this fandom war of my DonKiss supporters against the other ship of my former on-screen partner to go on any further.”

“I shall not permit myself to be involved in a situation wherein two girls are to suffer being pitted against each other, a war they may not even want to be in, just to earn the ‘victory’ of being a guy’s loveteam,” Delavin added.

Some of Delavin’s fans have been speculating that the actress was referring to Sharlene San Pedro, Pangilinan’s fellow MYX VJ.

Delavin and Pangilinan’s most recent project together was in the ABS-CBN TV series “Playhouse” with Angelica Panganiban and Zanjoe Marudo. JB