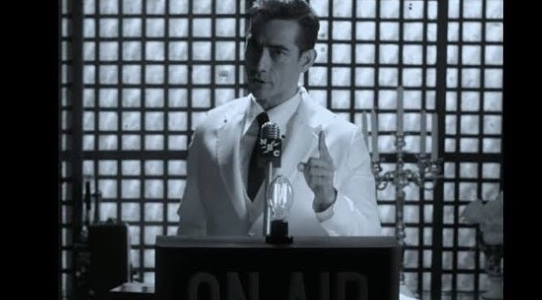 Before landing the role of one of the Philippines’ former presidents Manuel L. Quezon in the film “Quezon’s Game”, Raymond Bagatsing initially thought he did not impress director Matthew E. Rosen during auditions.

Bagatsing recalled the process of getting the role of Quezon and the late president’s contribution to Philippine history in an episode of the morning talk show “Magandang Buhay” which aired yesterday, June 12.

The actor, when asked by host Karla Estrada on how he got the role, said he was filming “Pusong Ligaw” when he received a text asking him to meet with the film’s staff.

“May text (There was a text), ‘Would like to offer you a movie, Raymond. Can you come to the office 9:00 in the morning,’” Bagatsing narrated. “Sabi ko, ‘Sayang ‘yung movie na ‘to. Baka maganda ‘to, indie film. Sige, punta na lang ako.’”

(I thought it would be a waste if I do not go, since it could be a beautiful film, an indie. I decided to go.)

(When I arrived, I was waiting [for the film’s staff] to explain the role, the movie. The director suddenly gave me a long script, the speech of Quezon. He said, “Are you ready?”)

(Then I did the audition. I was happy since the people on set applauded. I was happy, of course. “Hey, I did good. This is ok.”)

(When I saw the director, British-Jewish, he was only [looking sharply] at me. I said, “Maybe he did not like my acting. Too bad. I should have just slept.)

The actor said he did not receive any notification from the film’s staff for two months, which led him to think he did not get the part.

“Biglang may na-receive na naman akong text (I suddenly received another text), ‘Raymond, you are chosen to be one of the final casting,’” Bagatsing said.

The actor, when asked by host Jolina Magdangal about Quezon’s role in Philippine history, admitted that he did not know much about the late president until he researched for the part.

(That is why I was pleased when I researched and learned about him, specifically about the period when there was no big [and] powerful country which could help. The Philippines at that time was so small and we were under American rule at that time.)