Tom Rodriguez to Carla Abellana on her birthday: ‘True beauty is in rebuilding’

Actor-singer Tom Rodriguez marked the birthday of his longtime girlfriend Carla Abellana with an attempt at poetry for her.

Rodriguez took to his Instagram page yesterday, June 12, to share with his fans and followers his heartfelt lines for the actress-host. 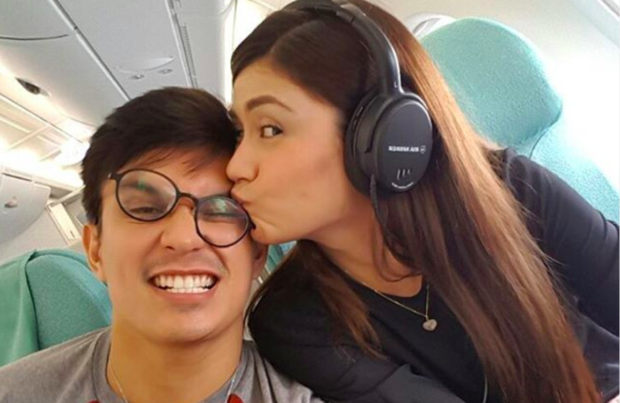 “Happy Birthday, @carlaangeline! I am so proud of your strength and your resilience,” the actor said.

“Thank you for inspiring me daily!” Rodriguez added. “I love you more than I’ll ever know to express, though never for lack of trying.”

His poem is called “Phoenix Rising”, accompanied by a picture from a photographer, Jay Tablante:

now my lenses refine
to see you recombine
true beauty is in rebuilding
so rise, my phoenix, rise!”

The actress, who is known for being private about her personal affairs, has been observed by some fans to have gone through tough times last year. A post of hers in Instagram on April 2018 stated “disappointment” and had some of her followers concerned. Later in the year, she also lost her dear pet dog Sunny.

In an interview with Inquirer last April 2019, when asked along with other celebrities to recall their toughest trials in life, Abellana answered, “When I had to let go of my business franchise. It wasn’t good for my well-being already, and it only got tougher and tougher for me.”

Abellana and Rodriguez were co-stars in the 2014 GMA TV series “My Destiny” and have been exclusively dating since the same year.

Rodriguez is currently part of the cast of the ongoing TV series “Dragon Lady” while Abellana’s most recent showbiz project was starring in the 2018 TV drama “Pamilya Roces”. Both series are under GMA network. JB