MANILA, Philippines —Actor Tom Rodriguez impressed fans with a song he composed titled “On That Train.”

Rodriguez shared the song, accompanied with a photo of his beau Carla Abellana in an Instagram post on Monday.

The 31-year-old actor revealed he wrote the song while on a train in Japan two days before it was posted.

A netizen asked if it is an old song or one of his compositions, to which Rodriguez replied: I wrote it on a train ride in Osaka 2 days ago. 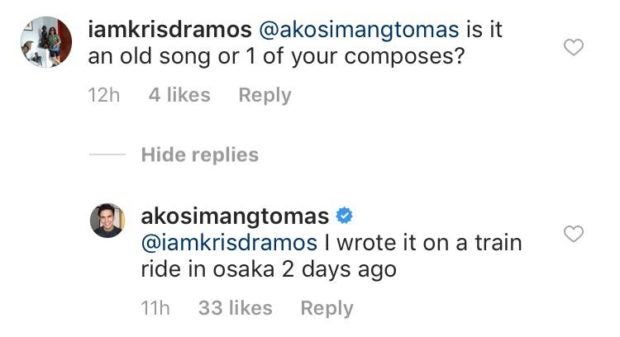 “I LOVE YOU!”, Abellana later commented.

Praises for the song also poured from netizens with one saying, “You’re not only an artistic guy! You’re also a literary genius! This is amazing!” 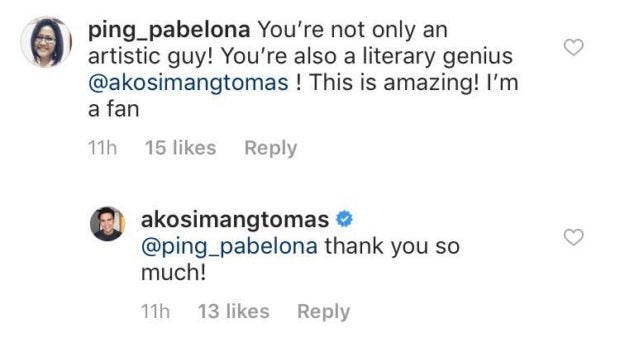 Another fan commented, “Is this your composition Tom? Galing naman!” 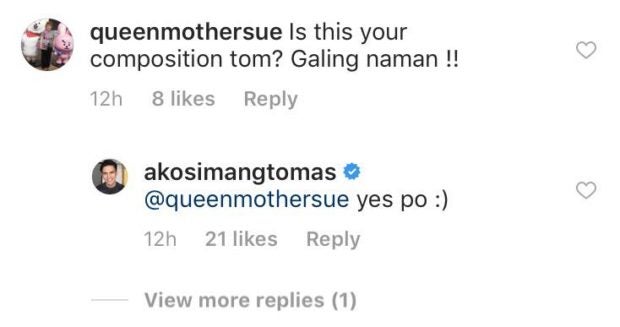 Rodriguez and Abellana recently flew to Japan with the latter’s family as seen in a series of posts by the actress. / gsg

My family. My everything. ❤️

I am so grateful for @akosimangtomas ❤️