Mothers deserve all the love they can get, as do dads. They may not sometimes be as affectionate or demonstrative with their love, but that doesn’t mean they love us any less.

We asked some of the country’s most accomplished celebrities to talk about how their dads have helped shape their personalities, and their fondest memories of their fathers. 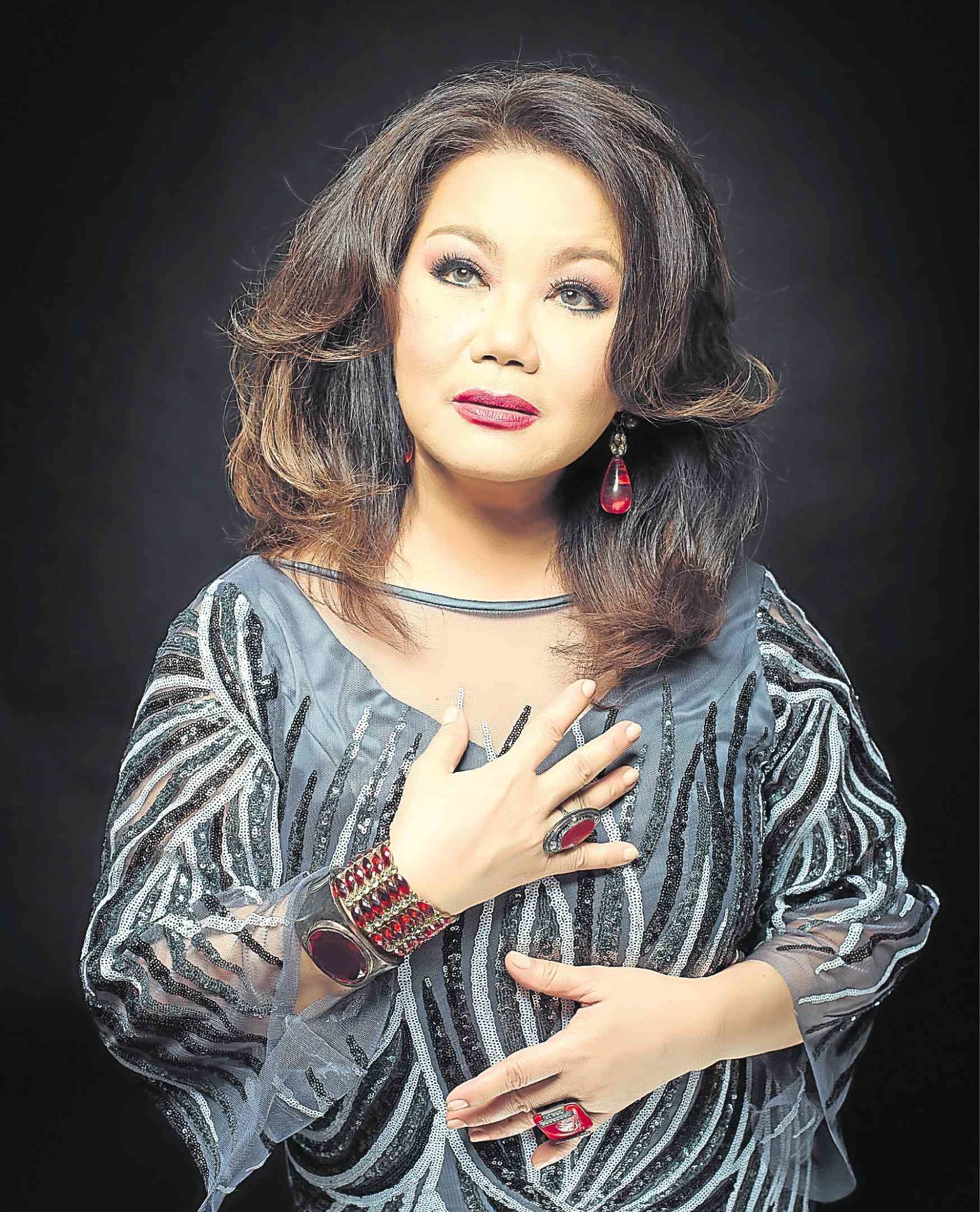 Award-winning singer Dulce describes her father, Leoncio Tabucal Llamedo, as “the most patient person I know.” The songstress can’t help but feel nostalgic when asked to revisit her family’s humble beginnings.

“My Papa and I bonded by way of farming,” she says.“He taught me everything I know—from growing vegetables and raising corn, to the proper angle of planting kamoteng kahoy (cassava) so it doesn’t become poisonous (laughs).

“From him, I learned how to make a garden trellis for climbing vegetables, along with a verse from John 15:5 that he would recite to me: ‘I am the vine; you are the branches. If you remain in me and I in you, you will bear much fruit; apart from me, you can do nothing.’

Dulce also remembers how she would pretend to fall asleep on the stairs of their house, so her Papa would have no choice but to carry her. “Kinailangang ilipat n’ya ako sa papag, kasi kung hindi, walang makakadaan paakyat sa bahay,” she explains with laughter. “Later, when I expressed interest in joining a ukulele group in grade school, he made a ukulele out of a coconut shell because we couldn’t afford to buy one—P15 pesos was simply too expensive for us back then. Papa would always find a way to get whatever I wanted.

“Like most fathers, my Papa is very proud of me. My parents live in Cebu. So every time he sees me on TV, he would proudly announce to the people around, ‘She is Dulce Amor, my beloved daughter!’” 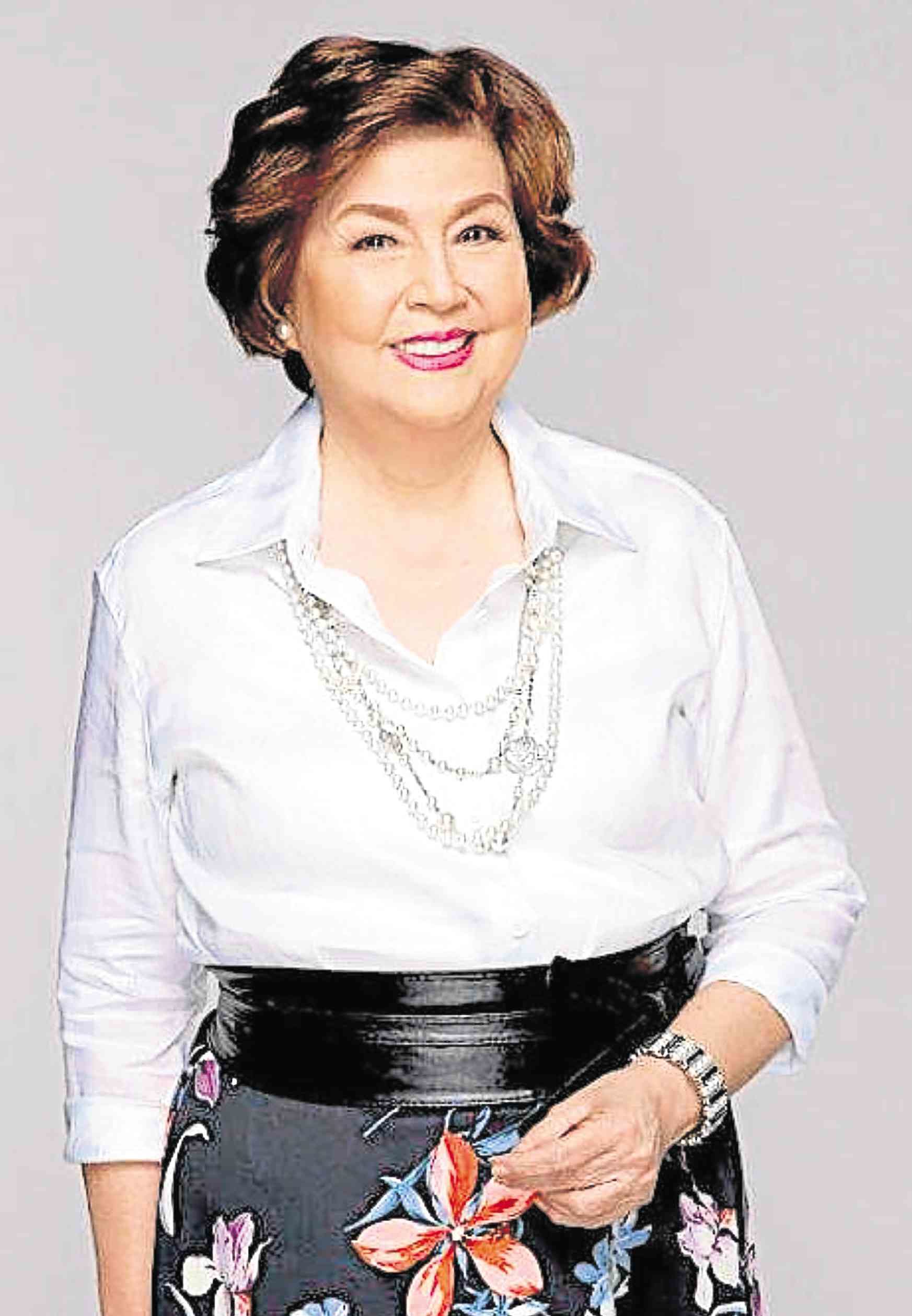 Seasoned actress and industry leader Boots Anson-Roa says she continues to be guided by her actor-father Oscar Moreno’s “nuggets of wisdom,” among them the importance of honing one’s talent and professional skills.

“We need these two to succeed in the industry,” she says. “But most importantly, he stressed the need of treating our coworkers, especially the underserved, underpaid and unrecognized, with kindness and respect as we ascend towards that much-coveted stardom. Once we reach our peak, there’s no way to go but down. These are the same people we will meet when we come down that ladder and fade into obscurity.”

Asked about her favorite memories of her dad, the veteran actress says, “My father brought me a ‘pasalubong’ from a personal appearance in Madrid in 1950, when I graduated valedictorian in kindergarten. It was a three-foot-tall walking and talking doll in a Spanish costume. I played with that doll until it broke.

“He also gave me my first ‘Lady Elgin’ watch when I was in Grade 5 and my first bottle of ‘Joy’ perfume by Jean Patou, when I graduated with honors in high school at the Assumption.

“More than his generosity, I miss my father’s quiet, tongue-in-cheek but never offensive humor. As I was to learn in the movies later, you always dish out a joke in a deadpan manner. It’s the most effective way of making people laugh.” 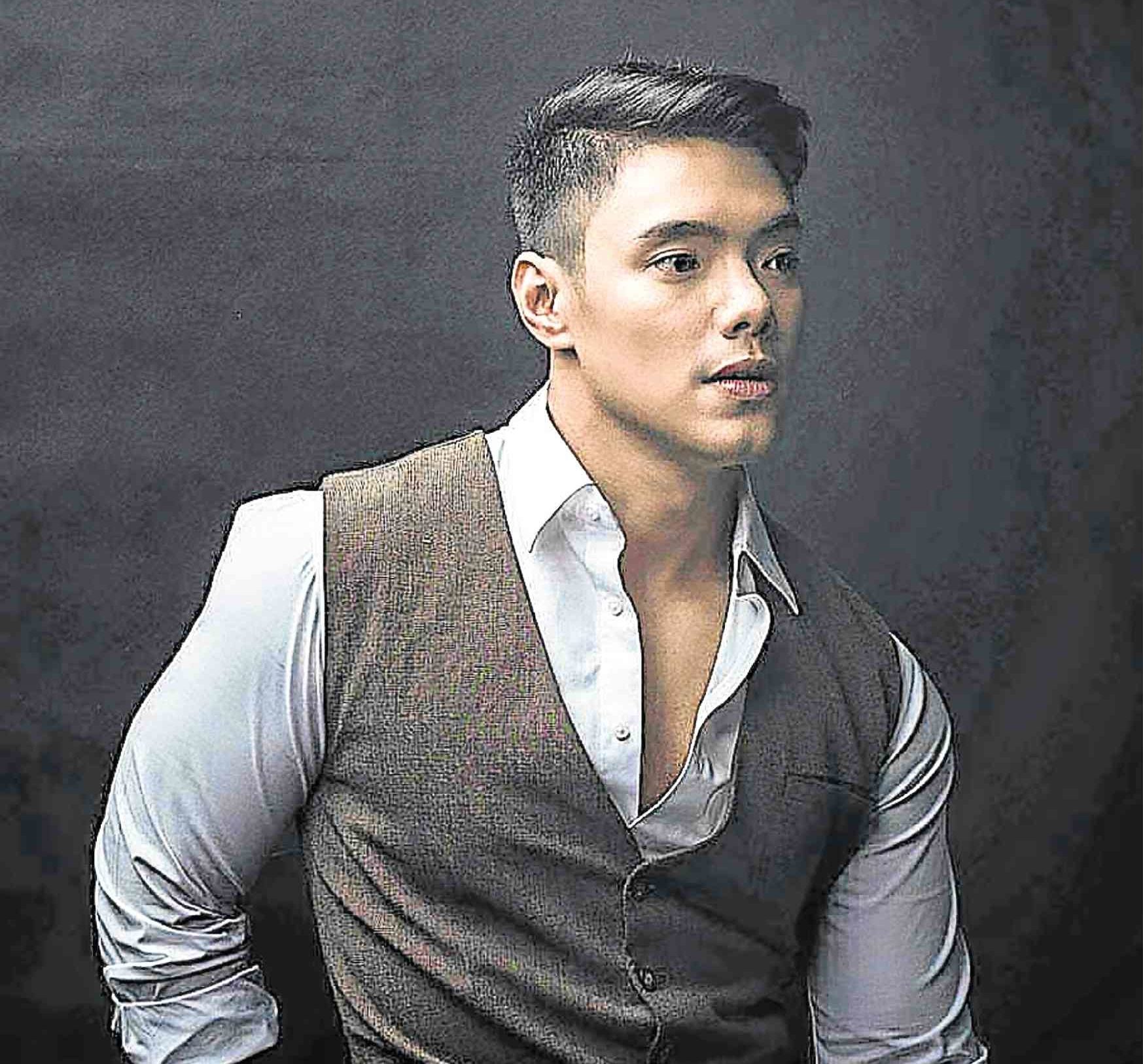 We were in luck when we caught up with actor-filmmaker Joaquin Valdes via Facebook Messenger just as he was getting ready for his two-performance run last Wednesday. The homegrown theater heartthrob is part of the company of the UK and International tour of “The King and I,” starring Jose Llana and Annalene Beechy and under Bartlett Sher’s direction.

Since he was first tapped to join the touring production of another well-loved musical, “Miss Saigon,” Joaquin has acted in a total of 327 shows to date—but that’s for another article.

Joaquin attributes much of his success in his diverse artistic endeavors to his extensive experience as an actor in the Philippines—and to the lessons his dad, Butch Valdes, taught him.

“My dad has always instilled in his kids the value of thinking far beyond ourselves,” he says. “He used to tell us how small the earth was in comparison to the vast universe … how small we were … and how there was so much more to learn and discover.”

Asked about his fondest memory of his father, Joaquin muses, “It’s actually something I vaguely remember but something he likes telling me about. When I was around 5 years old, I used to hide behind his bedroom curtain pretending to be a magician waiting in the wings. I’d say ‘Papa, introduce me! Introduce me!” Then, he would change into his announcer voice and say, ‘Laaaadies and gentlemen, the magnificent Joaquin…!’ I cringe every time he tells that story (laughs), but I guess it’s part of why I’m where I am today.” 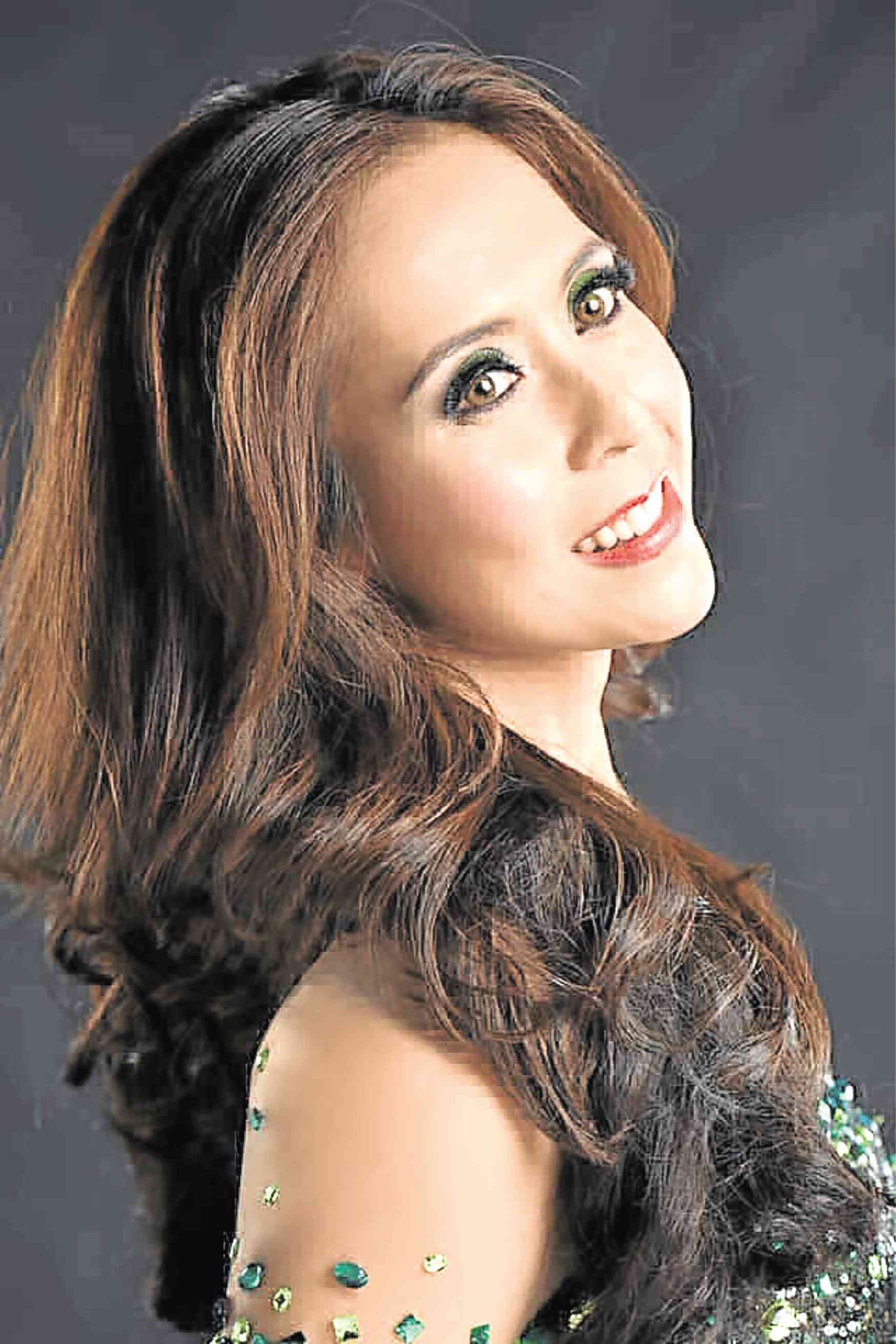 “One of my Dad’s most endearing qualities is his sense of humor,” she says. “He doesn’t take himself—or anything in life, whether good or bad—too seriously. As a result, he looks and feels young. These days, many millennials take offense at the smallest of things. They could learn a thing or two from my Dad—by knowing how to ‘chillax’ and choose their battles wisely.

“My Dad is also an excellent bedtime storyteller. He creates the most exciting and action-packed stories that always bear hidden messages for us to learn from. Once, he told us the tale of a young girl who was kidnapped, but she escaped by biting through the rope that bound her hands and feet. Good thing this little girl’s teeth were super strong—because she brushed them religiously, every morning and at night!

“You know what makes my dad the best kind of father? He spent time with us, not out of obligation, but because he really had fun with us.” 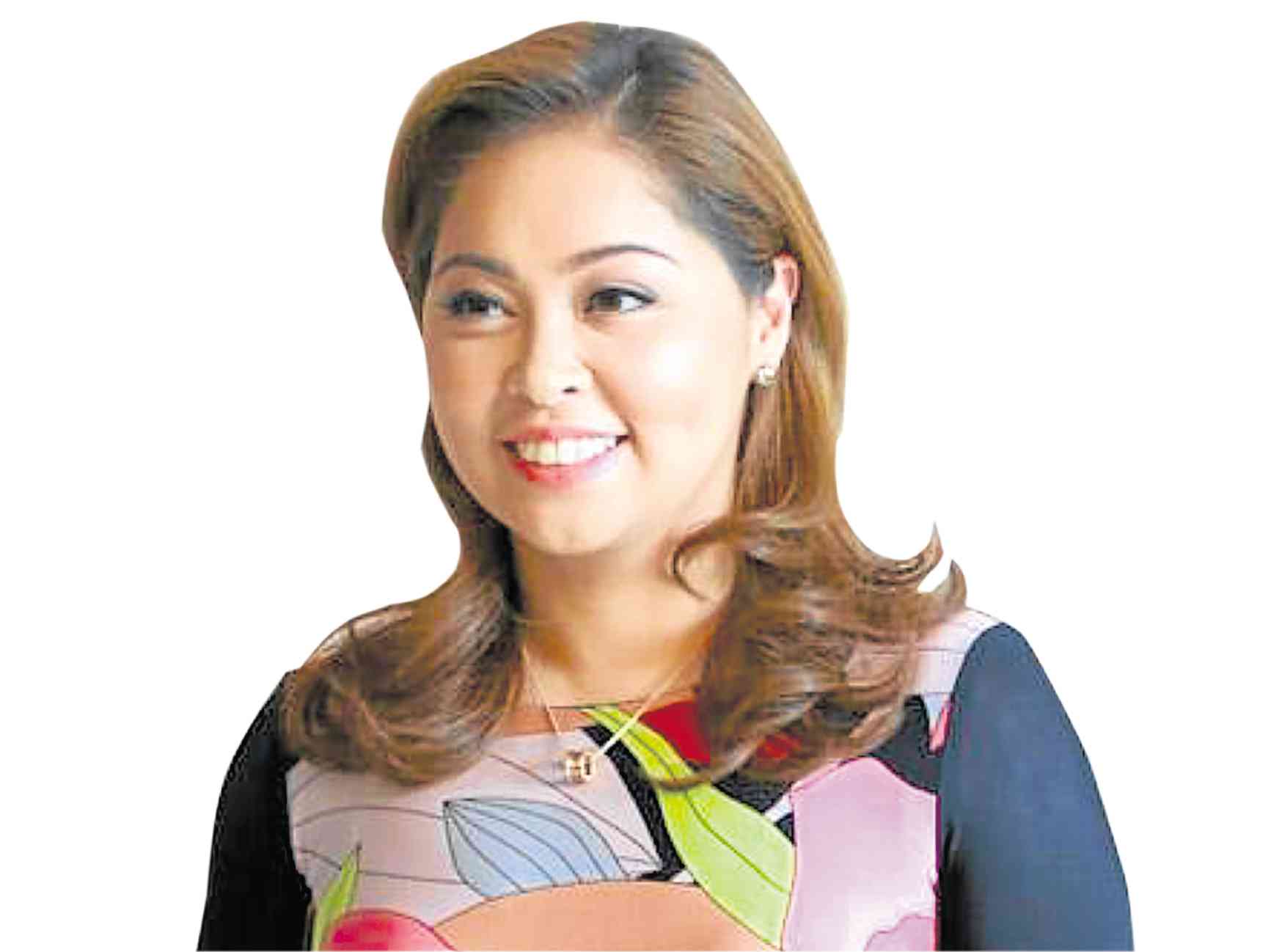 Actress Angelu de Leon is grateful for the opportunity to honor her dad, Luis “Boy” de Leon, who taught her lessons that she also wants to pass on to her children. “Be honest about who you are,” she recalls her dad saying. “And always keep in mind that relationships are important—so, as much as possible, do not burn bridges.”

Her dad has always been a constant presence in her life, Angelu says: “We have a lot of fond memories together because I was his mini-me—and he was my constant ‘date’ growing up. He took me with him everywhere—to parties, to his mahjong games, etc. But believe it or not, I still don’t know how to play mahjong (laughs)!” 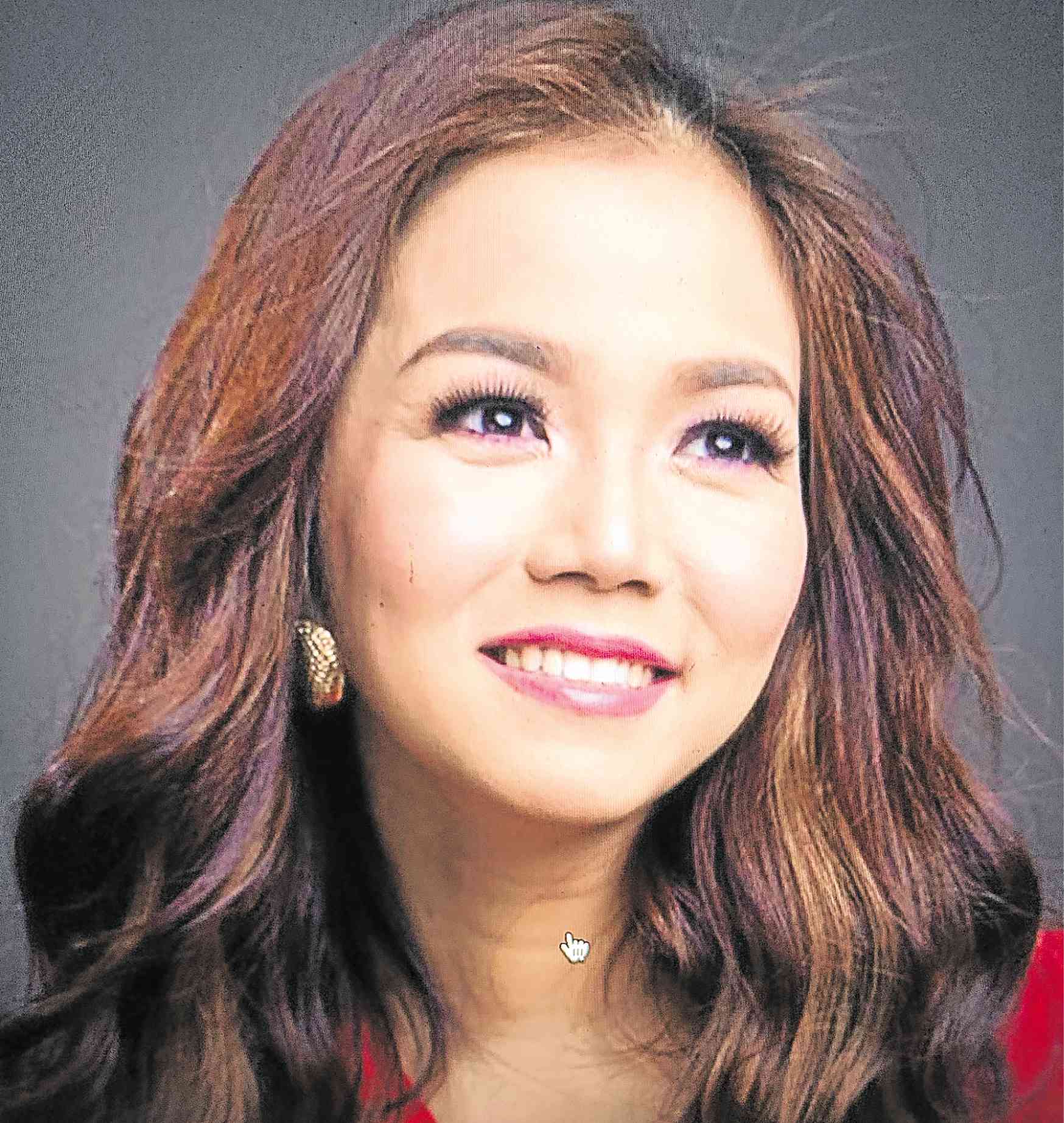 For her part, recording artist Juris extols the power of her Papa’s patience. “Chill lang s’ya—he doesn’t sweat the small stuff,” she says of her father, Rogelio Fernandez. “More than that, he didn’t impose his wishes on me and my sister Yen. He didn’t force us to pursue a career in singing or medicine—he allowed us to chase our own dreams and make them come true. He is as patient as he is practical. Ilagay mo man s’ya sa heavy traffic, he would still be unaffected and unfazed (laughs)!”