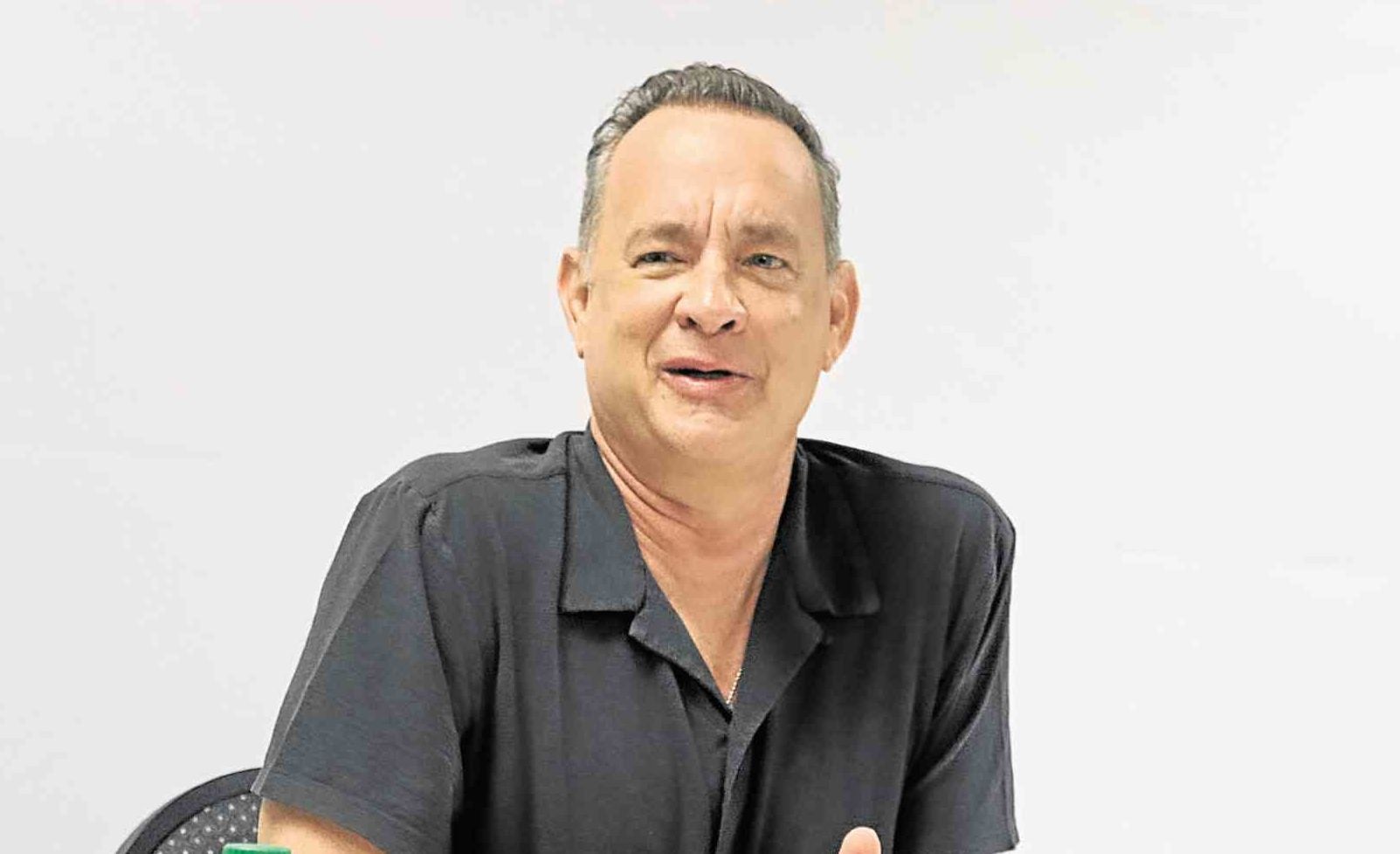 LOS ANGELES—In this part two of our Orlando, Florida interview with Tom Hanks, whose beloved Woody ragdoll character in the “Toy Story” animated film series is like him—a loyal friend, a man of integrity—talks about listening to his inner voice, trying to be “better in every way” for humankind, telling the truth, living an “authentic life,” avoiding “major a**holes,” and his joy in playing the cowboy sheriff (he’s even more lovable in “Toy Story 4”).

But I’m 62 years old. I’m now quasi-responsible for yet another generation of human beings on the planet. I do want to be better in every way for them. Perhaps because you know how it is—in your 20s, you don’t know who you are.

But by the time you’re in your 60s, you realize that there’s a lot of stuff that’s not nearly important as you thought it was. And what is it, the superego or whatever it is, turns out that should take a back seat to just let the tide take you.

I’m doing better than that, so I would like to think that I listen to my inner voice and, at the same time, live up to all my professional responsibilities, like I am, right now, telling you just enough of the truth to escape with my life and if I lie I will say, “And by the way, I’m lying to you right now (laughs).” And we’ll be on the same page. That’s my inner voice.

The responsibility of a toy is to give joy and comfort to a child. What do you feel is your biggest responsibility as a man? To live an authentic life. To, in some circumstances, tell the truth and in other circumstances tell just enough of the truth. If you’re going to tell a lie, say, “By the way, I’m lying to you right now so that everybody knows what the ground rules are.”

At the end of the day, our job on the planet is to give everybody a fair shake and to test the limits of our own empathy with other folks.

At the same time, sometimes you’ve got to avoid some major a**holes on this planet. I don’t think it’s hard to do that because people define themselves right off the bat.

It’s an example of the empathy that you give. It has to be in some sort of proportion to what you receive.

So even though celebrity, acknowledgment and attention can ultimately infantilize you sometimes, you have to understand that that’s a head game.

You should try to be kind to people because on any given moment, they’re dealing with a crisis of their lives.

If you’re coming across people who you think are not doing their jobs well, it may be because they’re experiencing something else in their life that would cripple anybody else. 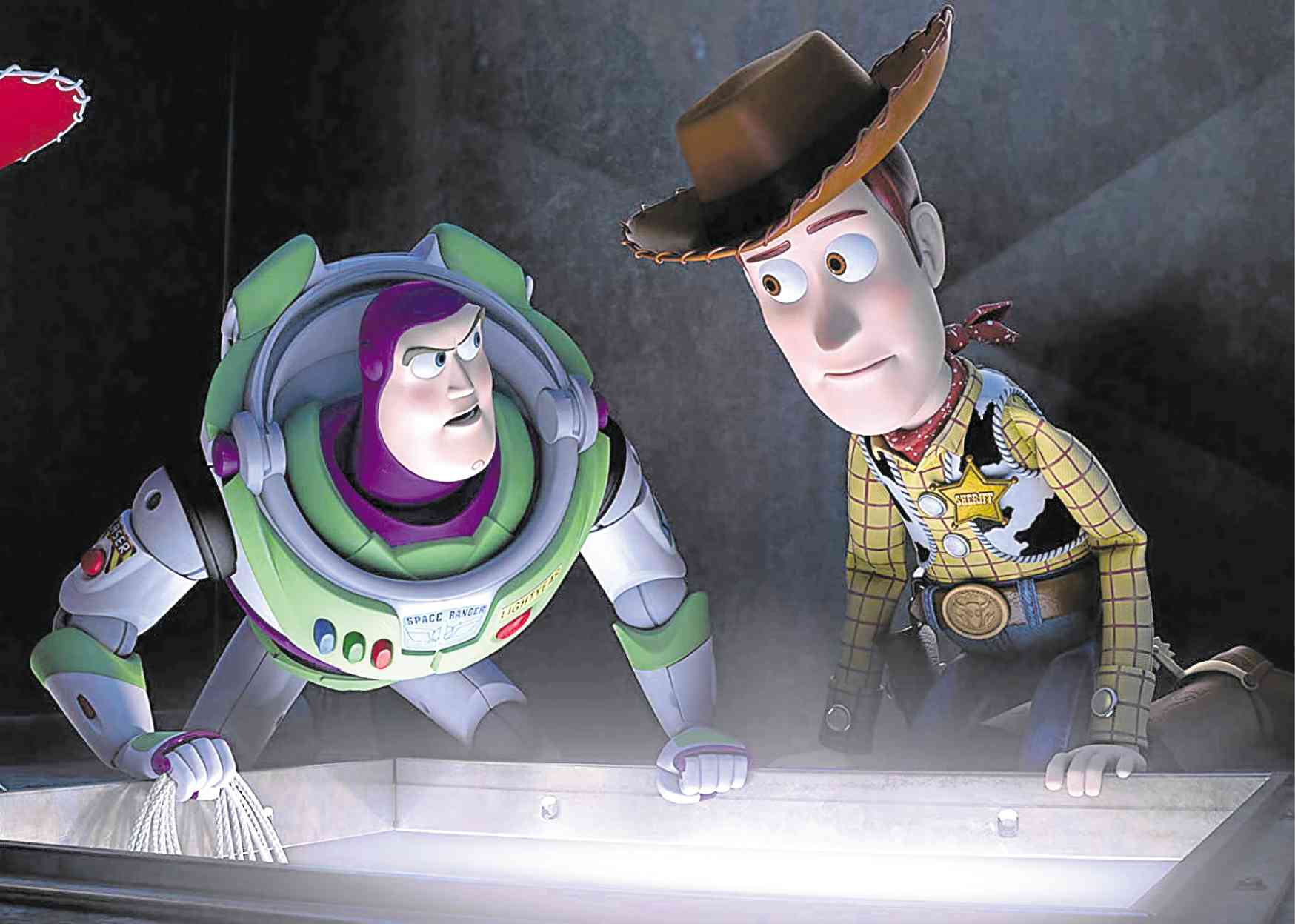 So why don’t you give that person just a little bit of slack? And that being the case, I think you’ll find out that honestly, 97 percent of the people in this world are just trying to get by the same way you are and only 3 percent of them are just big f**king a**holes (laughs). But that’s only 3 percent. I think you can deal with that. I just love that I said f***ing a**holes here in the happiest place on earth.

As an actor, what is the joy in playing Woody that makes you come back again and again? There is a discipline and commitment that is required and has been from the get-go in order to make these things happen. There’s no distraction that is allowed.

As an actor in a movie, I have a costume I can use. There’s a give and take in the course of it. You’re on camera, you are visible, you can do things with your body that belie whatever you say with your mouth.

And that ends up being a luxury that you are not afforded when you’re performing, when you’re making your Woody or whoever, come alive. You are locked physically into a space that you cannot go off-mic. You cannot turn your head.

All you can do is raise your voice or go to some other type of emotional place that is exhausting.

In not a bad way, in the best way possible, as soon as I began any recording session for any of the “Toy Story” movies, I could not wait for it to be over, because emotionally, physically and spiritually, it’s draining.

I’ll just say the last three recording sessions I had on “Toy Story” Forky, I asked for the first time to have my back to the staff.
Usually, you’re there and they’re all right there and there’s a control room. The producers and writers are right there, and they’re supervising it. You’re looking at them as you do it.

Because we were getting near to the end and I was dealing with some aspects of self-consciousness, I recorded with my back to them for the first time, so I didn’t see them.

They were right there. I could talk to them, but I didn’t see them, so I didn’t make eye contact. I wish I had done that for every single recording session I had had going back to … when did we make the first one?

We started recording in 1992, so it goes back that far. I wish I had done it then because the self-consciousness of it … sometimes you would close your eyes.

But understand, they’re seeking this imaginative interpretation of the words that they can’t communicate. And we at the mic are seeking our own satisfaction in how to get that out.

There’s an old exercise called repetitions that you do in acting school in which you have a line, you have some dialogue, and you wrench out every conceivable bit of emotion or timing or reality from it.
It’s no lie that there are moments in “Toy Story,” every single one of them, particularly “Toy Story 4,” in which I would try to go to 32 or 44 different interpretations in order to try to satisfy them, but also to satisfy my own creative urges.

So it’s never been easy. They put together those EPK (electronic press kit) things where it looks like we’re just having a great time (laughs) and we’re all there together, doing stuff and we’re laughing, those are so fake. Because the work is incredibly concentrated, very intense and emotional.

Would you come back as Woody? The challenge is extraordinary. Oh yeah, absolutely. I’ll tell you, if I come back, as soon as we start the recording session, I’ll be craving it to be over. I just can’t wait for it to be done.