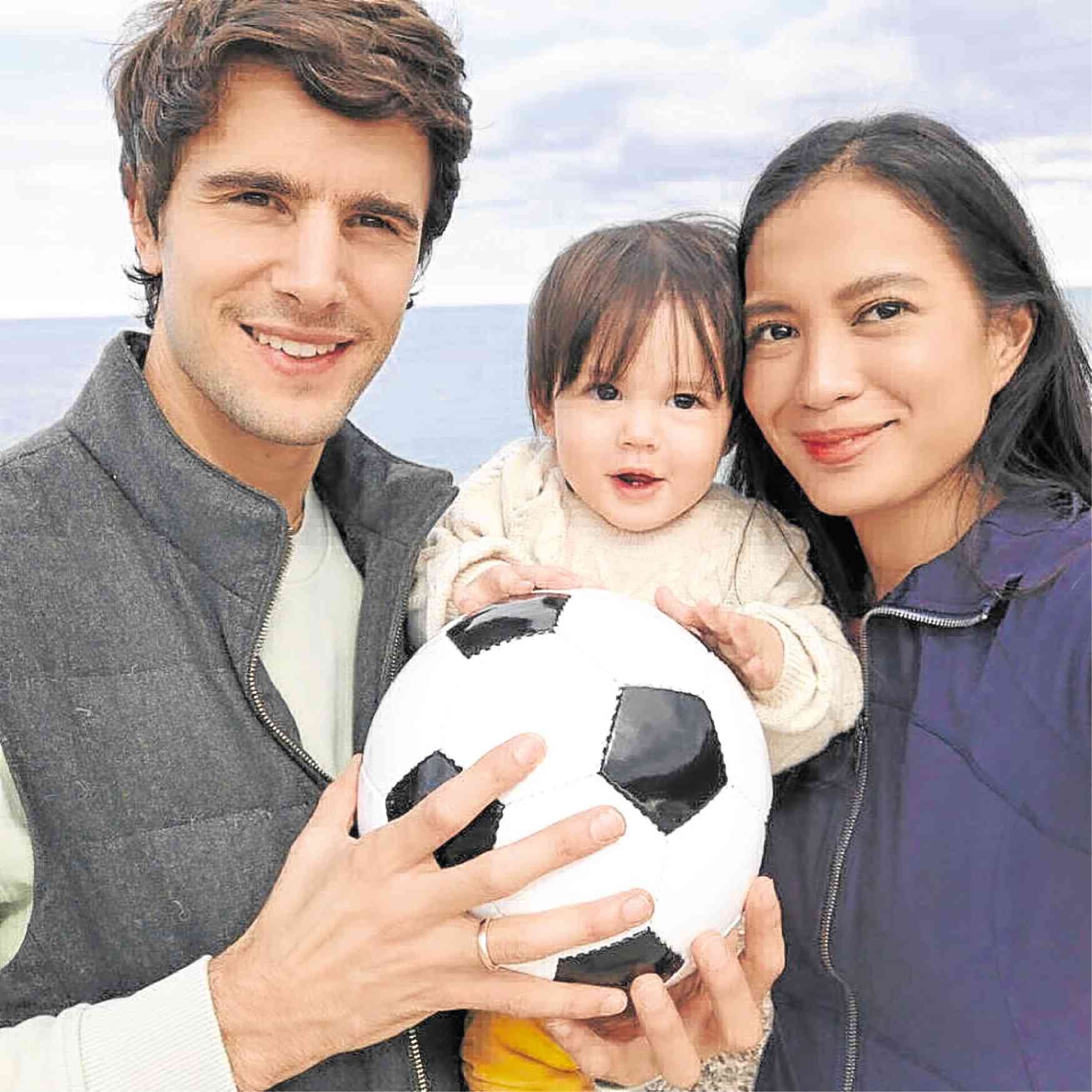 Being a mom, just that in itself, is the greatest challenge,” declared actress-TV host Belle Daza, mom to 1-year-old Balthazar Gabriel “Baltie” Semblat.

“With social media, there’s a lot of pressure on being a full-time mom and working at the same time, so I try not to get sucked into that,” she told the Inquirer.

“I’ve been busy with losing weight. I gained 65 pounds That’s what I tried to shed off for six months,” she said, adding that it was good that her husband, French businessman Adrien Semblat, has been helping her take care of their son. “I really give him his night with Baltie. He’s also the one who bathes the boy and takes him to the park. Adrien changes his diaper, too, sometimes. We’re equal.”

“Me, I feed Baltie, obviously. Breastfeeding is difficult but I look at it as a wonderful moment you have with your child that you’re never going to get back again,” Belle recalled. “In the beginning, I would cry because it was really painful. Plus, I had no sleep during the early months at all. I don’t know for how long I will breastfeed him, pero I’ll do it hanggang kaya.” —MARINEL R. CRUZ