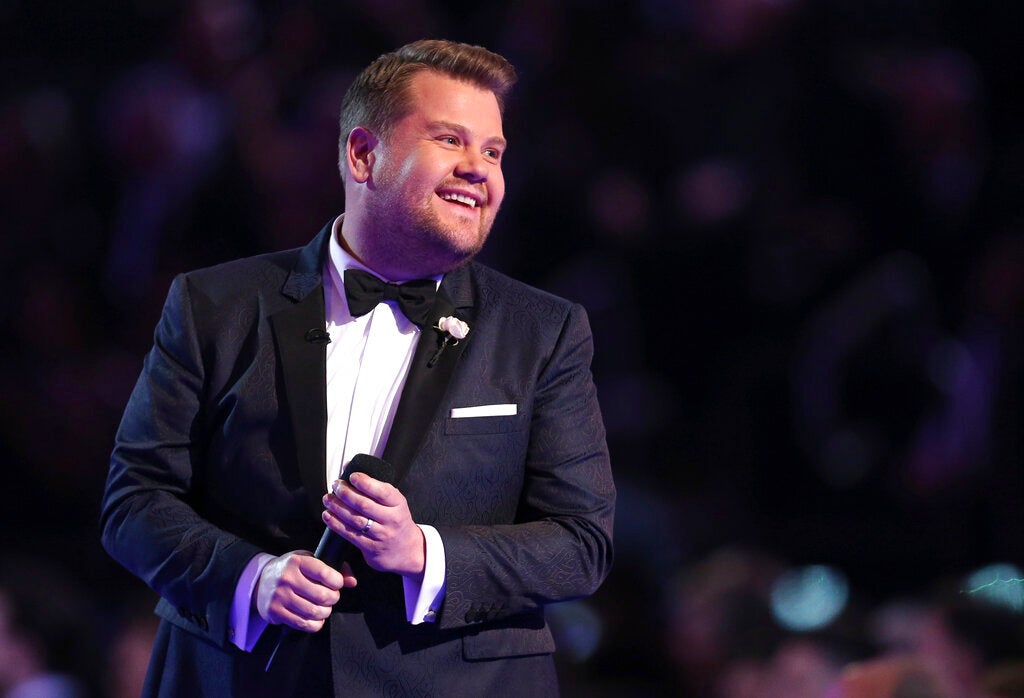 “I hope people will find joy in it,” said host of “The Late Late Show With James Corden” and a Tony winner in his own right. Image: Matt Sayles/Invision/AP, File

NEW YORK — TV talk show host James Corden steps back into the role of Tony Award host Sunday, not planning anything too political and not worried about any online snark.

“I hope people will find joy in it,” said the host of CBS’ “The Late Late Show With James Corden” and a Tony winner in his own right. “We just want to make a show that is an absolute joyous celebration of a group of people that I think should be celebrated at the minimum once a year on television.”

Corden spoke in the midst of his rehearsal preparation that culminates in a three-hour live show at Radio City Music Hall. He has hosted the telecast before — in 2016 when “Hamilton” was that season’s juggernaut — as well as the Grammys in 2018, but it’s still a daunting task.

“It’s terrifying. Because there’s only one chance to do it. It’s completely live,” he said. “You’re trying to do something new that you only have four days to rehearse.”

“We have no intentions of doing anything that is particularly political. But I fully support anybody that wants to,” he said. There will be no monologue, only a big opening musical number.

Corden recalled his heavy-hearted role three years ago when he hosted the Tonys, which unspooled hours after a gunman killed 49 people at a gay Florida nightclub. That prompted a Broadway tribute to the victims at the top of the show and a smattering of references to tolerance throughout it. Corden was credited with handling the situation with poignancy and positivity.

He recalled he had gotten a good sleep the morning of the show and was initially oblivious about the details of the Pulse shooting until rehearsal, when the scale of the horror became clearer and it was being described as America’s most deadly mass shooting.

That day, Corden and executive producer Ben Winston wrestled with how to handle the shooting while also celebrating Broadway. They agreed the telecast had to explicitly honor the dead and extend Broadway’s message of inclusion.

“The theatrical community is one that welcomes everyone. They have prejudice for no one — gender, race, sexuality, everything. They say, ‘Come and be part of this, merry band,'” recalled Corden. “‘That’s what we have to say.'”

Sunday’s telecast will be Corden’s fourth Tony moment. He attended the show as an actor in 2006 when his play “The History Boys” was nominated. He then won a Tony in 2012 in “One Man, Two Guvnors.” Then came the 2016 hosting gig.

“I think it’s really easy to criticize, and it’s really hard to have an idea. I remember thinking that when ‘The Game of Thrones’ finale happened, and people were up in arms,” he said. “And you just want to go, ‘Well, you should go and write something better then.'” NVG