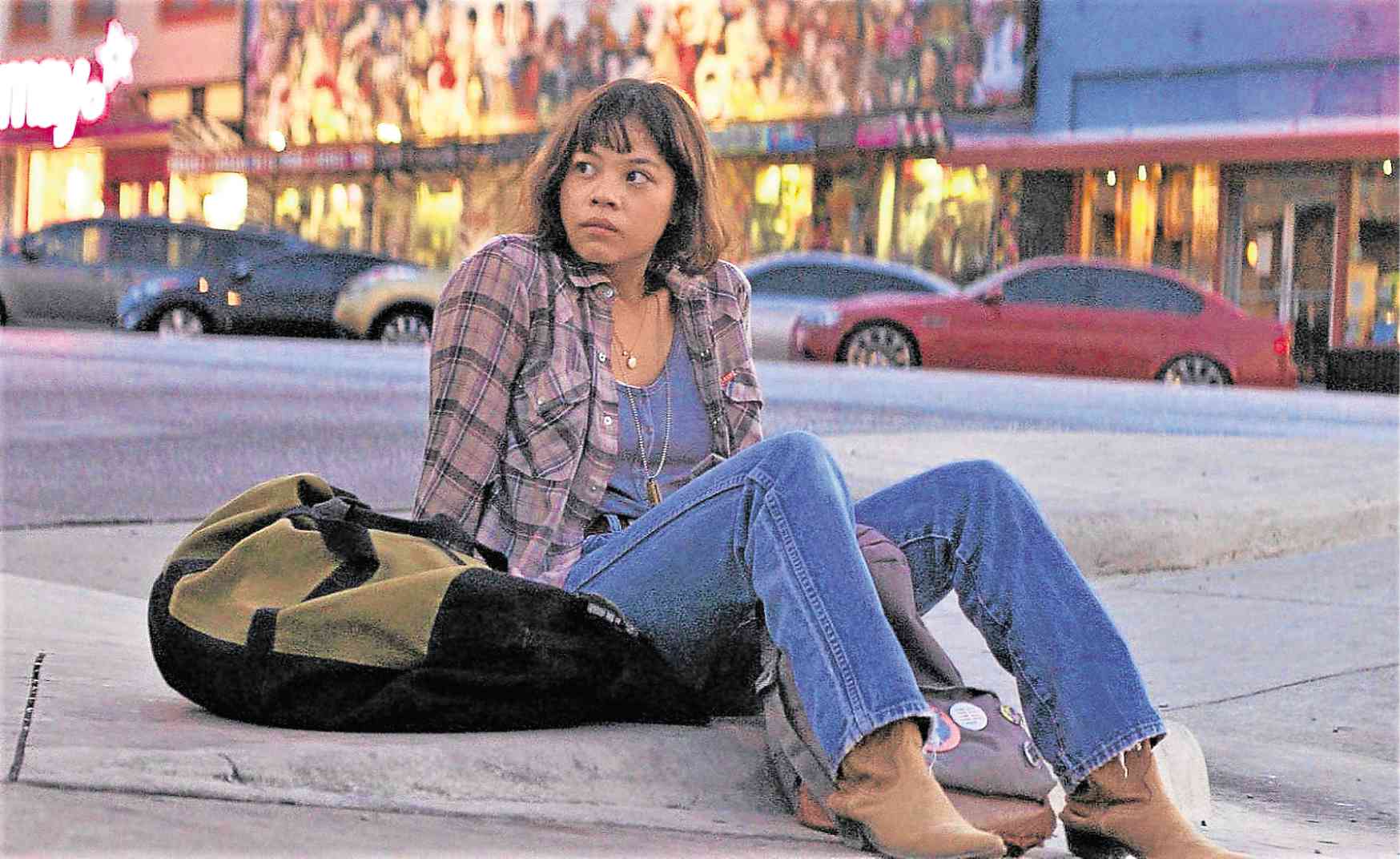 As an undocumented young Filipina in the US: Eva Noblezada in “Yellow Rose” —PHOTOS BY HOME AWAY PRODUCTIONS

LOS ANGELES—These are good times for Eva Noblezada. Only 23 years old, Eva recently scored a Tony nomination for best actress in a musical for her critically acclaimed performance in “Hadestown,” her second one after her first nod as Kim in the Broadway revival of “Miss Saigon.”

The actress is also winning praise for her film acting debut in director Diane Paragas’ “Yellow Rose.” She clinched a best breakthrough performance award as a Filipina with country-music singer dreams in the 35th Los Angeles Asian Pacific Film Festival.

“It is cool, yeah!” Eva exclaimed in our e-mail interview about her sophomore nomination in the Tonys, which honors excellence in Broadway theater. “Hadestown” bagged the most nods with 14.

In his review of “Hadestown,” an adaptation of a folk opera concept album retelling of the ancient Greek myth of Orpheus and Eurydice, the New York Post’s Johnny Oleksinski wrote, “Noblezada brings the same soulful voice to Eurydice that lifted the recent revival of ‘Miss Saigon,’ in which she played Kim.”

“I don’t personally love this season of Broadway,” Eva pointed out. “It spurs my anxiety, but I will say that my leading man Reeve Carney should be with us at all these events. He leads our show with humility, grace and an incomparable performance.”

On her “Hadestown” experience so far, the daughter of a Filipino (Jon) and a Mexican-American (Angie) said, “My life is going through some magnificent changes. And ‘Hadestown’ is truly my therapy. I can’t even begin to describe how much I love this show and the people it has brought into my life.”

As for acting in a film for the first time, “Yellow Rose,” which also features Lea Salonga, Liam Booth, Princess Punzalan, Gustavo Gomez, Libby Villari and country music star Dale Watson, Eva cited the acting adjustments she had to make: “In a film, I’m not playing to the audience. I’m playing to a tiny screen. I just have to remember to be human in my facial expressions and mannerisms. Making everything even more authentic and tiny. I find sometimes that my onstage acting is quite cinematic, so for me, it was like a three-week behind the screen self-taught course.” 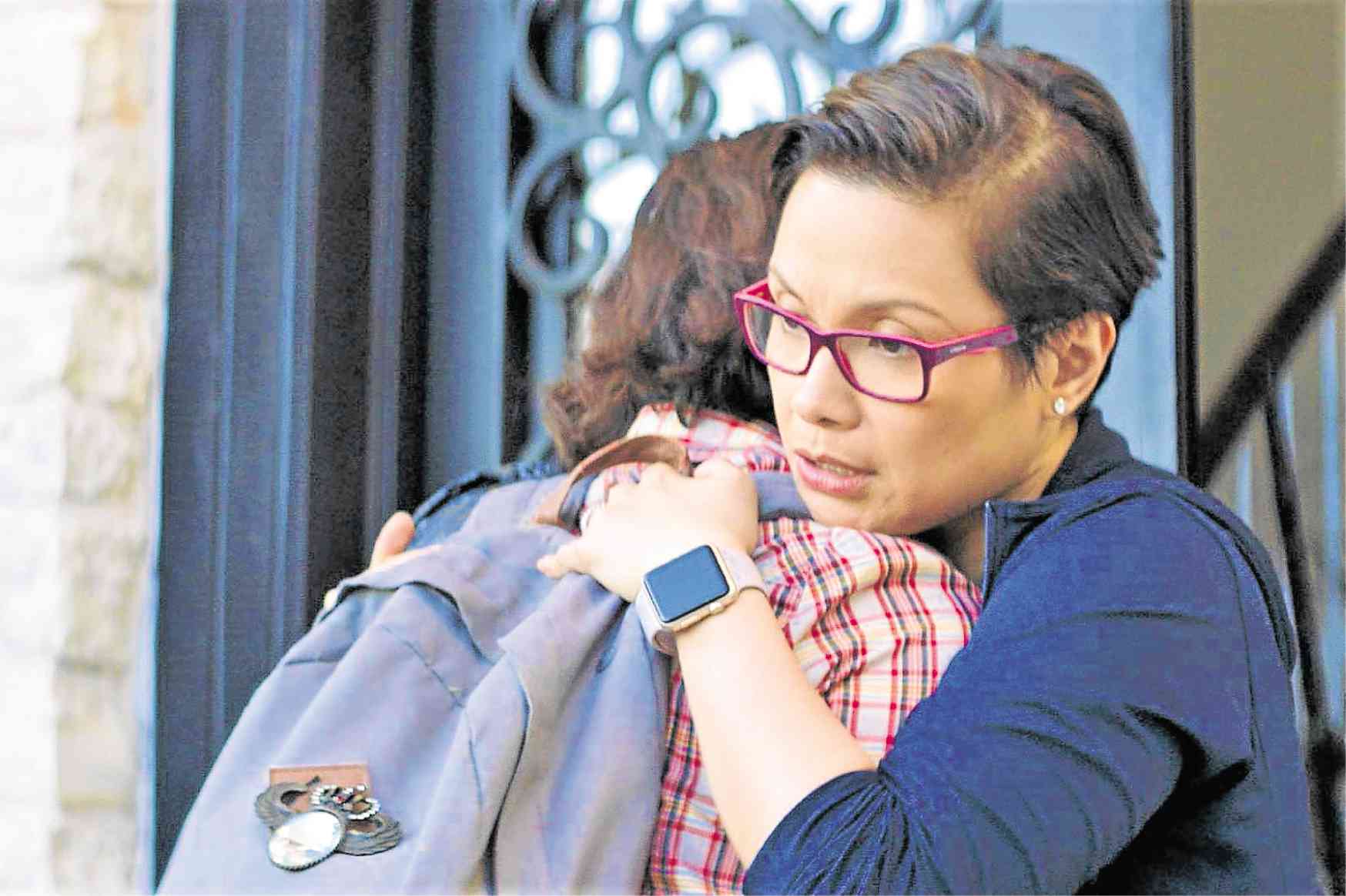 Eva Noblezada (back to camera) with Lea Salonga

“Diane was super encouraging and made the atmosphere positive, which let me truly sit back and act,” Eva remarked about how the Filipino-American filmmaker, who also directed a feature for the first time, guided her. “That’s what you want as an actor—that kind of healthy environment, especially because it was my first time doing a movie. It made everything feel so special! Diane is amazing at trusting her actors, but also being specific at what she wants.”

Eva, whose titular character Rose Garcia is an undocumented Filipina in a Texas town, cited “Yellow Rose’s” relevance in this era when the immigration debate rages on, and immigrants, including children, are dying or falling ill in ICE detention centers.

“It’s happening now,” remarked the talented singer-actress, who was born in San Diego and grew up in North Carolina. “Everything in the film is happening under our noses. It’s heartbreaking and disgusting. How could it not resonate when an infant dies in a detention center without her mother? That’s a true story.”

On undocumented youths in the United States, Eva cited, “There are so many of them. Without the correct papers, there’s nowhere they can go. If they don’t have family or friends to put them up, where are they supposed to go? And we’re talking about children in this situation. Rose is only 17.”

The performer, noticed in the 2013 National High School Musical Theatre Awards in New York by casting director Tara Rubin which led to her landing the Kim role in the West End and Broadway revivals of “Miss Saigon,” is now hooked on country music.

“I used to never listen to country music, but now, I’m obsessed with Dolly Parton and Townes Van Zandt!” Eva gushed. “It is therapeutic once you find the right country vibe!”

Eva enthused about working with costar Lea, with whom she shares an affinity for playing Kim in both London and New York, “She’s incredible! She’s a star and a perfect, remarkable talent. I will always get starstruck when I see her.”

On what she looks forward to attending the Tony Awards this time around (Broadway’s biggest awards night, hosted by James Corden, is on June 9), Eva exclaimed, “The after afterparty!”