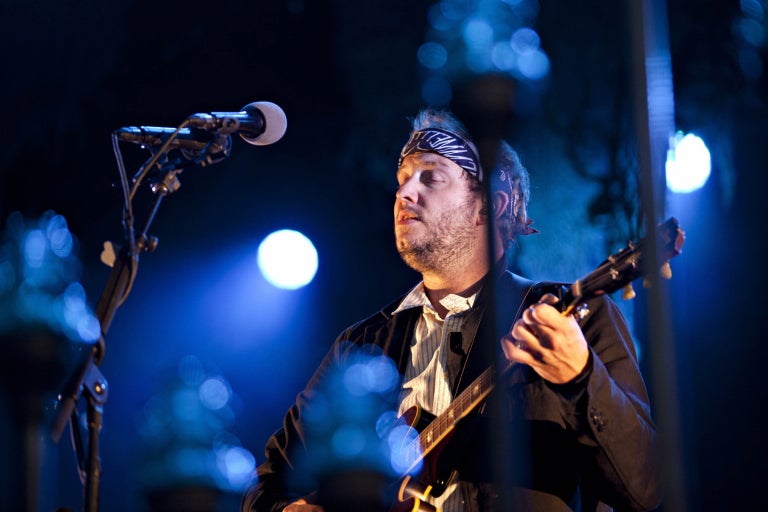 The band Bon Iver premiered new music on Sunday, during their headlining set at London’s All Points East festival.

As they were leaving the stage, Bon Iver played two new songs over the PA system, which were captured and shared on social media by attendees.

Although the names of the tracks have not been revealed, some fans speculated that they are titled “Hey Ma” and “U”.

Amazing. @boniver just finished their set @allpointseastuk and are currently playing a couple of brand new tracks over the PA as people leave. pic.twitter.com/rganbYgPtS

The band also projected a URL for a cryptic website called icommai.com, which leads viewers to a series of animations, .gifs and blog posts. The most recent lists appear to be that of guest collaborators, including Moses Sumney, Bryce Dessner, Bruce Hornsby and Jenn Wasner.