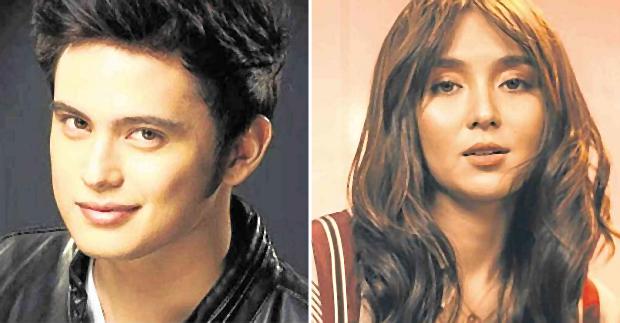 MANILA, Philippines — James Reid and Kathryn Bernardo were the top picks in New York City as the most attractive entertainers in two videos that have gone viral.

A YouTube content creator named Xiaoma roamed around the Big Apple to ask people who among some famous Filipino celebrities they considered as the most attractive.

“It’ll just be interesting to see who in Americans’ eyes and people from all around the world here in New York City, according to their own standards, who they think would be the most attractive and why,” Xiaoma said.

Xiaoma brought along photos of six Filipino actors and actresses who were suggested by his Filipino subscribers as he roamed around the Big Apple.

In the male category, Reid bested the five other actors with 10 out of 29 votes from the people Xiaoma interviewed.

Lim was second with seven votes and next to him was Padilla with five votes. Richards and Pascual both got three votes while Gil got one vote.

“She has more of a natural type look but also looks really feminine. I like it,” one said of Bernardo.

“Mostly I like her smile and she has really nice dimples,” another said of the young actress.

Lustre and Mendoza were tied with five votes each, while Entrata and Curtis each got one vote.