Aiko and Jay kiss and make up after ‘relentless wooing’ 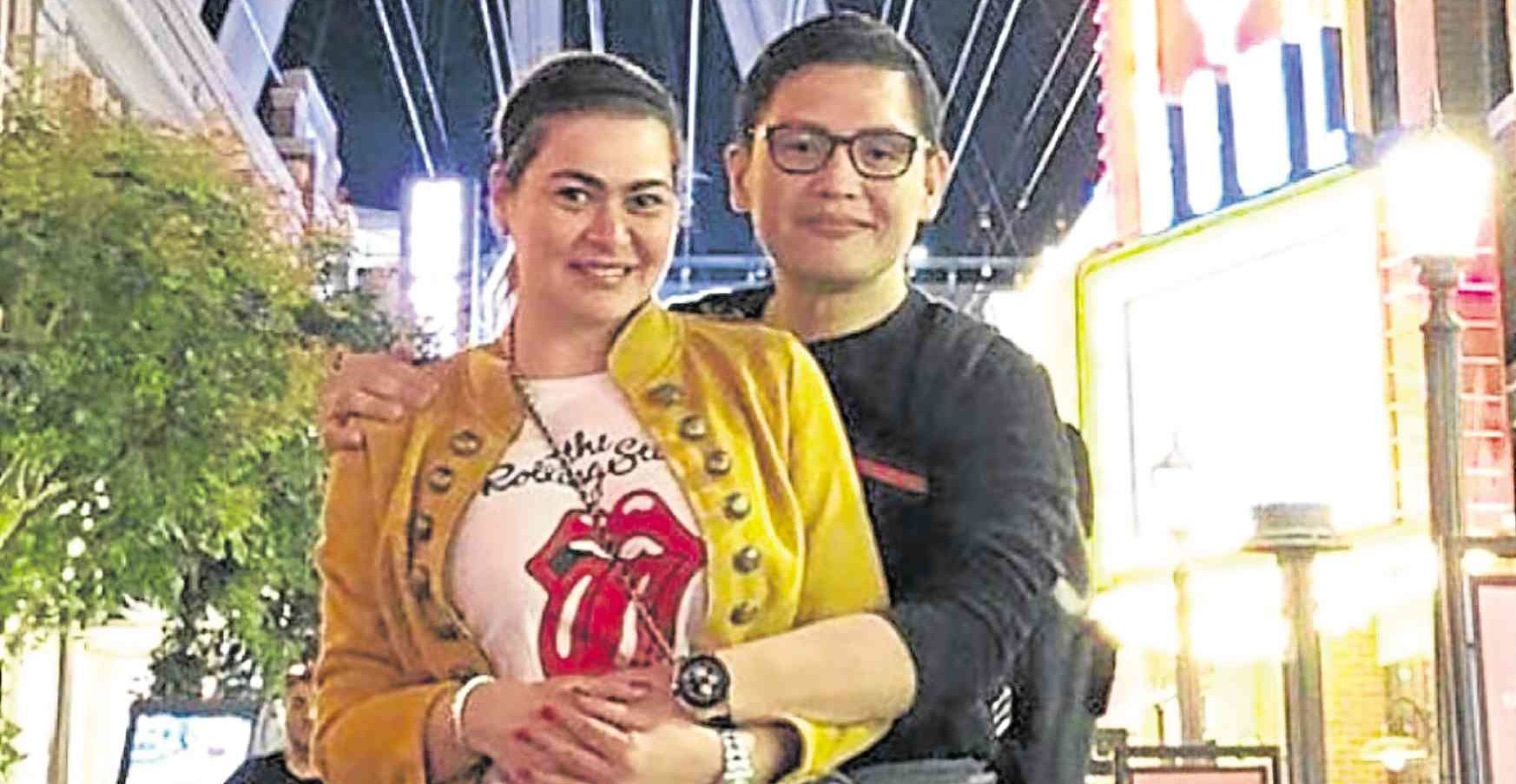 Name it, Aiko Melendez has been through it all for love. But my “sis” (that’s how we fondly call each other) will never be through with love. When her heart is in it, the sky’s the limit.

During the campaign period for the midterm elections, she went all-out in supporting her boyfriend, Jay Khonghun, for his vice-gubernatorial bid in Zambales. It wasn’t an easy journey. But amid the mudslinging, Aiko stood by her man.

After Jay was proclaimed vice governor, rumors about his breakup with Aiko started to circulate. Speculations were magnified when Aiko left for the United States alone.

Just like other couples, Jay and Aiko had an LQ (lovers’ quarrel), but it was nothing major. Sometimes, couples just need to be apart for a while to truly appreciate what they have together.

I remember during one of our girls’ night out, Aiko and Jay had a little “tampuhan.” He was relentless in wooing Aiko through text and calls.

That’s why I’m not surprised that he flew all the way to Vegas to be with Aiko and her family.

After all the love battles that Aiko has endured, her heart more than deserves a “happy ever after.”

With Aiko’s permission, I’m sharing her message to me via Facebook PM: “I feel happy and important kasi ’di n’ya ako natiis, sis. As in, inisip pa rin n’ya na ’di n’ya matiis na malayo sa akin. And he just proved to me how much he loves me! Naka-bond sya with my kids, especially Marthena, kasi Andre and Jay are already close. Even my sister, brother-in-law and my pamangkin, naka-bond n’ya. So it felt like a family affair, sis.”

Sarah Lahbati redefines what being a hot mama is. She makes the balancing act of being a mommy to Zion and Kai, fiancée to Richard Gutierrez and a career woman look so easy. 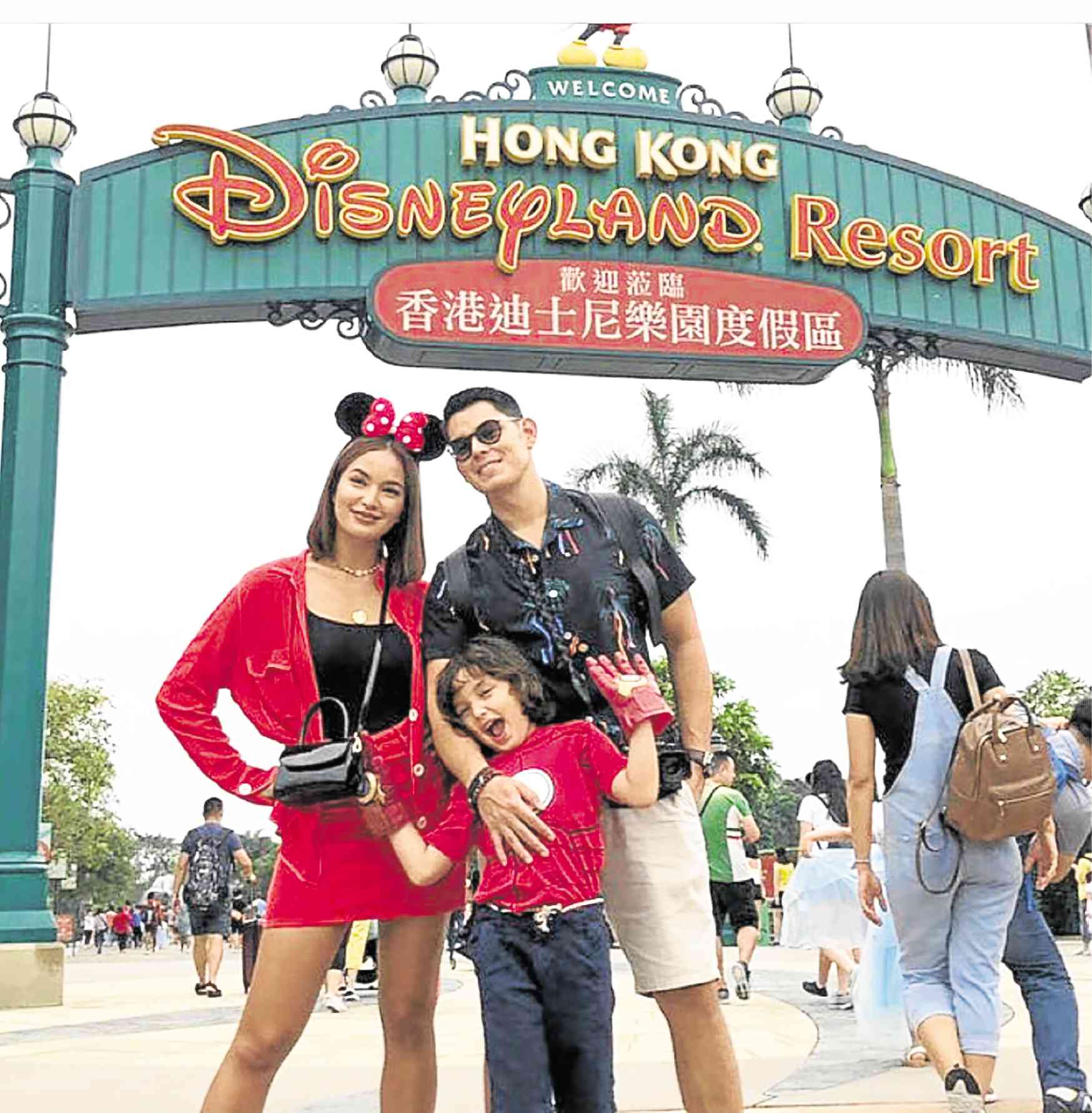 Here’s my chat with Sarah:

What was the highlight of Zion’s belated sixth birthday celebration at Hong Kong Disneyland? Watching Zion enjoy The Ant-Man and The Wasp Nano Battle rides.

How do you keep your relationship exciting? By traveling, going on fun adventures, and learning something new together.

How do you and Richard handle misunderstandings? By communicating properly and being calm.

What’s the craziest experience you’ve had as a couple? Swimming with humpback whales and sharks.

Female Celeb (FC) claims that Male Hottie (MH) used to pursue her, but their budding romance got thwarted. The truth is, their relationship was doomed from the start. Aside from having the same field of expertise, FC and MH also have another common denominator: Their desire for women.

Popular Band (PB) dreads the thought of performing again in a concert with Male Crooner (MC). During their gig abroad, MC ad-libbed too much during his segment. So there was little time left for PB to do its repertoire. Hogging the limelight seems to be in MC’s job description.