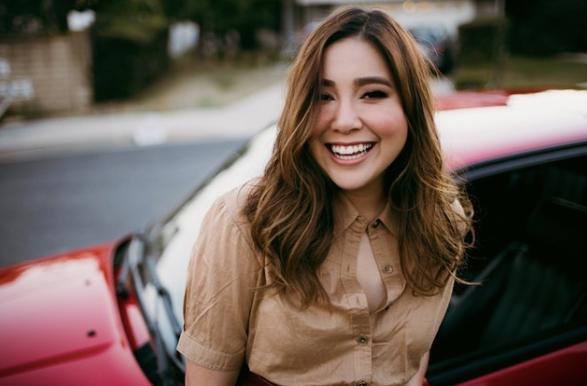 Dela Torre was asked by TV host Boy Abunda if the seeming tension between her and Velasquez on the show was for real. The question came during the “Tonight with Boy Abunda” episode aired on Monday, May 27.

“Opo pero kasi dun lang yun (yes, but it is only on the show),” Dela Torre admitted. “What happens on the table, stays on the table. The moment we stand up, okay na kami (we’re okay).”

When asked if the tension was related to differences in musical taste, Dela Torre clarified it was on some of the contestants’ style of singing that sounds the same as hers.

(It’s not in the taste. Where mama Reg is coming from is she does not like it when others sound like me. For example, she says she knows if an artist changes his or her singing voice or if his/her voice is natural or not).

The “Malaya” artist added there is nothing wrong in changing one’s voice in singing because it depends on the singer’s artistry.

“It’s bad because it’s not who you are, but it’s not [bad] because you may want to explore spaces outside of what you have,” said Abunda, with whom Dela Torre agreed.

It just so happened, Dela Torre shared, that the contestants during the auditions all sounded like her. It was early this May when Dela Torre defended contestant Leann from Velasquez’s criticism. Velasquez, then, said Leann seemed to be deliberately changing her voice to a style akin to Dela Torre’s and added how they all sound the same.

(I just wanted to defend the artist who was critiqued because I know the hardship, I know how hard it is to find the voice you’re really comfortable in to express yourself enough.)

Abunda agreed, and said during the peak of Velasquez’s career, the “in” style of singing was doing birits, or belting out high notes.