“Unang Hirit” hosts Joyce Pring and Juancho Trivino finally revealed the status of their relationship, clarifying that they are now each other’s boyfriend and girlfriend. 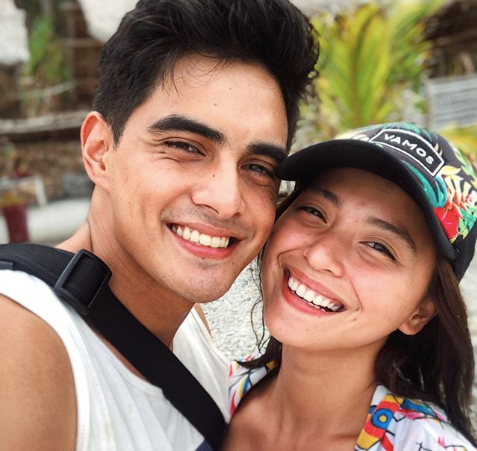 The couple made their relationship public while answering other questions from fans about their experiences together, as per a vlog post by Trivino on YouTube last Thursday, May 23.

The last question they answered was the most frequently asked one, “Kayo na ba?”

(Are you two together?)

Pring then dropped the reply awaited by fans, “Because we didn’t want to make a big deal out of it. So the answer is… yes.”

Pring also took to Instagram yesterday to share the update about the relationship, with a photo of her and Trivino in Batangas.

“We’re just out here trying to ALAT time for relaxation,” she said. “Have you seen the newest vlog on Juancho’s YT channel? We have an announcement to make.”

“Not that it’s of utmost importance to the current climate of our society, but we thought you should know, #SinagotKoNa101,” Pring added. “I love you too, @juanchotrivino.”

The two first met in 2014 at an event Pring was hosting, and have been working together as hosts of “Unang Hirit” since 2018, with Trivino being ahead in the show by about two years, since 2016. JB

Read Next
Korina Sanchez dispels notions about having a favorite child
EDITORS' PICK
National COVID-19 vaccination drive gets over 5.3 million people vaxxed so far
This new condo in the South will make you want to turn a new leaf
Pandemic prognosis: Where does it go from here?
Google won’t accept election ads for 2022 national polls
Legarda: Ending Violence Against Women, a cause for all
Smart offers wireless fiber-like speeds to Filipino homes with country’s first 5G Prepaid Home WiFi
MOST READ
Bongbong Marcos to face another disqualification case
Christine Bersola, Julius Babao cleared of cancer after colonoscopy, endoscopy
Former PM Abe says Japan, US could not stand by if China attacked Taiwan
New Comelec commissioner gets CA nod
Follow @RArcadioINQ on Twitter
Don't miss out on the latest news and information.