Lights from mobile phones surrounded singer Lauv (left photo), whose fans became part of his new music video (right). The artist wrote the song during his flight to Manila.—PHOTOS BY OVATION PRODUCTIONS

The first time he visited the Philippines in 2017, Ari Staprans Leff—the singer-songwriter popularly known as Lauv—played at malls. The following year, he joined a local music festival. But in his third and recent stop in the country, he held court at the Araneta Coliseum before thousands of screaming fans.

As it turned out, it was the “biggest headlining show” he has ever done so far in his burgeoning career.

“It’s such an honor to be back here,” said Lauv, whose bulk of listeners on Spotify comes from Quezon City—ahead of places like Jakarta, Los Angeles, London and Chicago.

“Every single time I come here, it feels like second home to me for real, for real, for real. I have the most listeners right here,” the 24-year-old American pop artist added. “I don’t take this sh*t for granted, even for one second.”

And he did see to it that the fervent support of his Filipino fans didn’t go unrewarded.

Midway through the show (via Ovation Productions), Lauv related that during his plane ride to Manila, he was able to finish a new track—a catchy bop that belies the sadness it was born out of.

“I wrote it when I was, for the lack of a better term, feeling really sh*tty,” he said.

“Sad Forever” is the title. And not only did his Filipino fans hear it first live, they also became part of an impromptu shoot—the footage of which will be used for the music video.

“Since tonight is such a special show, I wanted to share it with you first. And aside from that, we’re capturing the whole thing,” he said to deafening cheers. 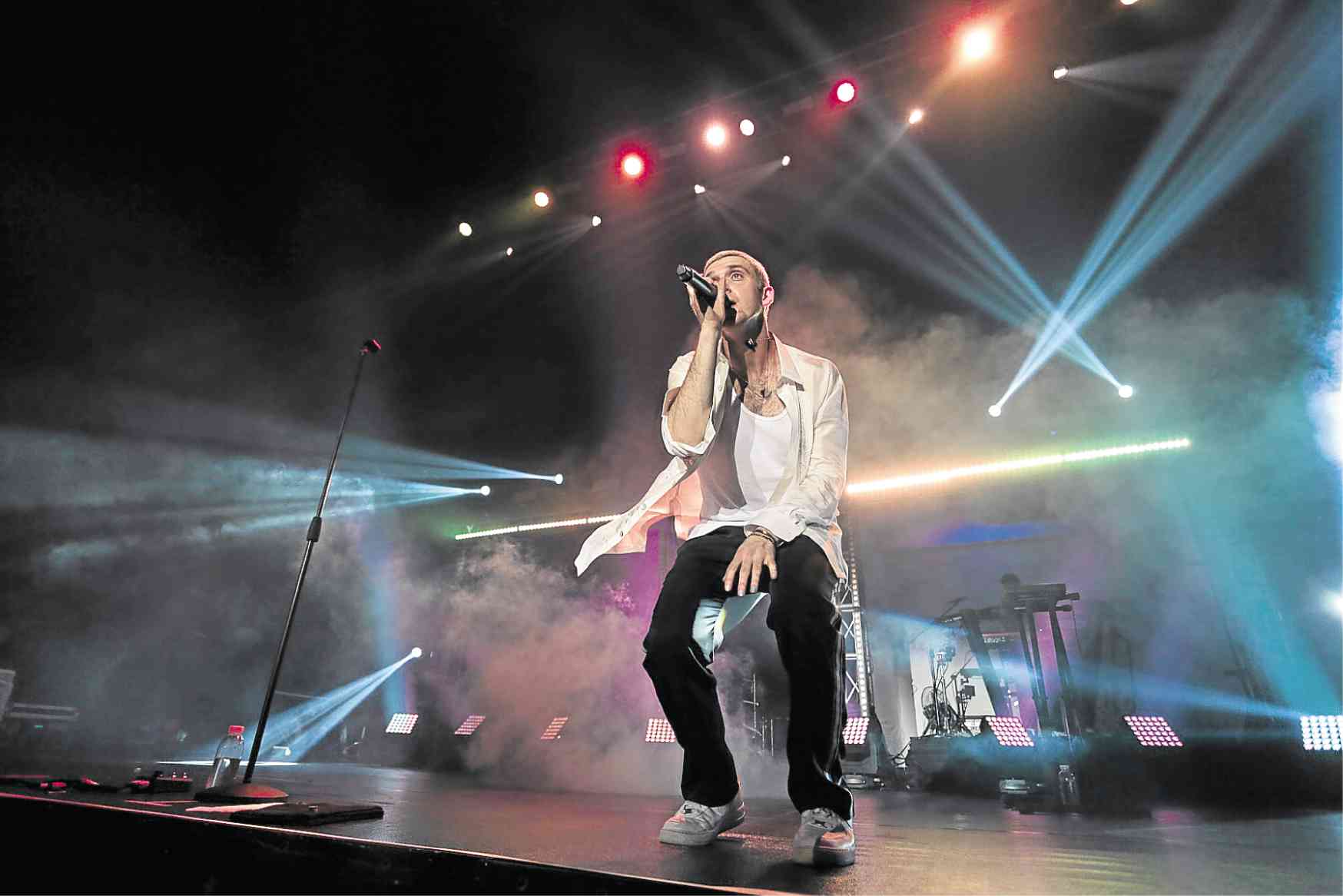 The artist said it’s “such an honor to be back” in PH, his “second home.”

“I don’t wanna be sad no more / I don’t wanna wake up and wonder / What the hell am I doing this for,” Lauv sang from a small platform smack in the middle of the venue. He basked in the adulation of the crowd, which, later on, turned into a sea of gently swaying lights that seemingly swaddled him.

His 21-song set—which included “Paris in the Rain,” “Enemies,” “Chasing Fire,” “I’m So Tired” and his biggest song yet, “I Like Me Better”—vacillated between bouncy midtempo earworms and tender heartbreak ballads.

His sound mixed dreamy electronic tones and head-bobbing percussive beats—at times splashed with funky jazz or slick R&B. And Lauv delivered all these with a surprisingly potent voice that shone brightest whenever he shifted to his head tone, which he used to evoke ache.

Perhaps more than anything else, it was his songs’ inherent honesty and earnestness that drew listeners to Lauv.

In every show he does, he puts up a glowing blue box where concertgoers can put deeply personal notes. 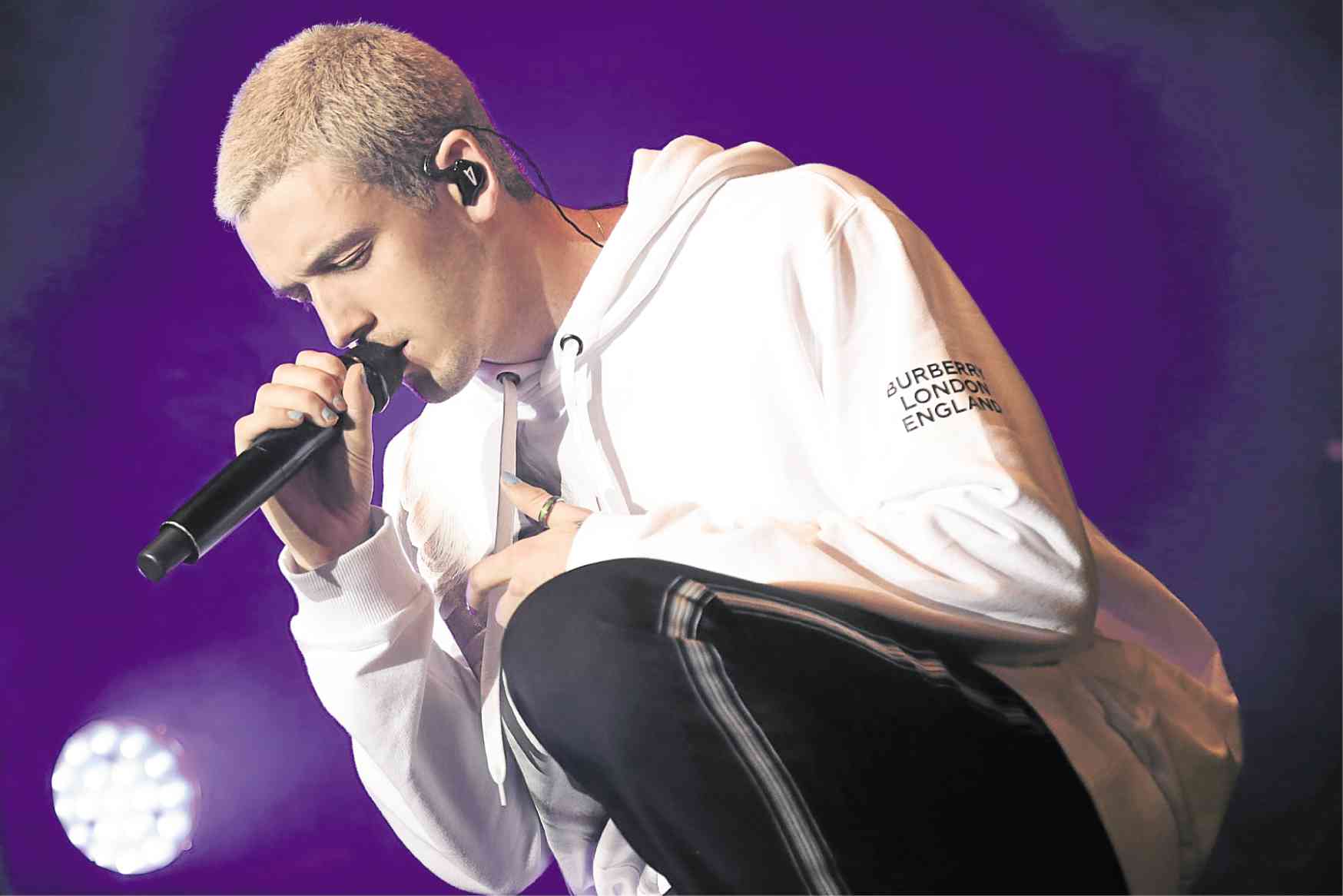 “I ask everyone to consider picking up a pen and a piece of paper, and writing anything on your mind. Don’t think too hard. Just write about something that has been bugging you; something you have been holding onto for a long time, but too afraid to say out loud. It’s anonymous,” he implored the fans.

True enough, one of the notes Lauv had fished out of the box affected him so much it inspired him to write the uplifting anthem “Superhero,” which he performed wearing a barong and with a guitar slung across his shoulder.

“So often, we feel like we’re not allowed to feel the things we feel. We feel ashamed, guilty. But it’s important to have a place to let those things go and exist. It doesn’t have to define you or weigh you down,” he said.

Read Next
John Estrada at his happiest now that he and ex-wife Janice can talk amicably
EDITORS' PICK
Digital hunt for Hyun Bin: 5 challenges for Smartees
Motostrada expands by handing over ‘Trident’ and adding new ‘Horseman’ to its growing business
WHO: Indoor airborne spread of coronavirus possible
House panel set to meet for possible decision on ABS-CBN franchise bid
No arrests to be made on 1st day of allowed pillion riding for couples — HPG
Water remains our saving grace right now
MOST READ
‘I will always speak up for you’: Server on defending Fil-Am family from racist rant
‘Nouveau’: Agot Isidro hits Jinkee Pacquaio’s show of luxury Hermes, Louis Vuitton bikes
Bela Padilla on being tagged a Diehard Duterte Supporter: ‘Nope, not at all’
Solon withdraws support for ABS-CBN franchise renewal
Don't miss out on the latest news and information.