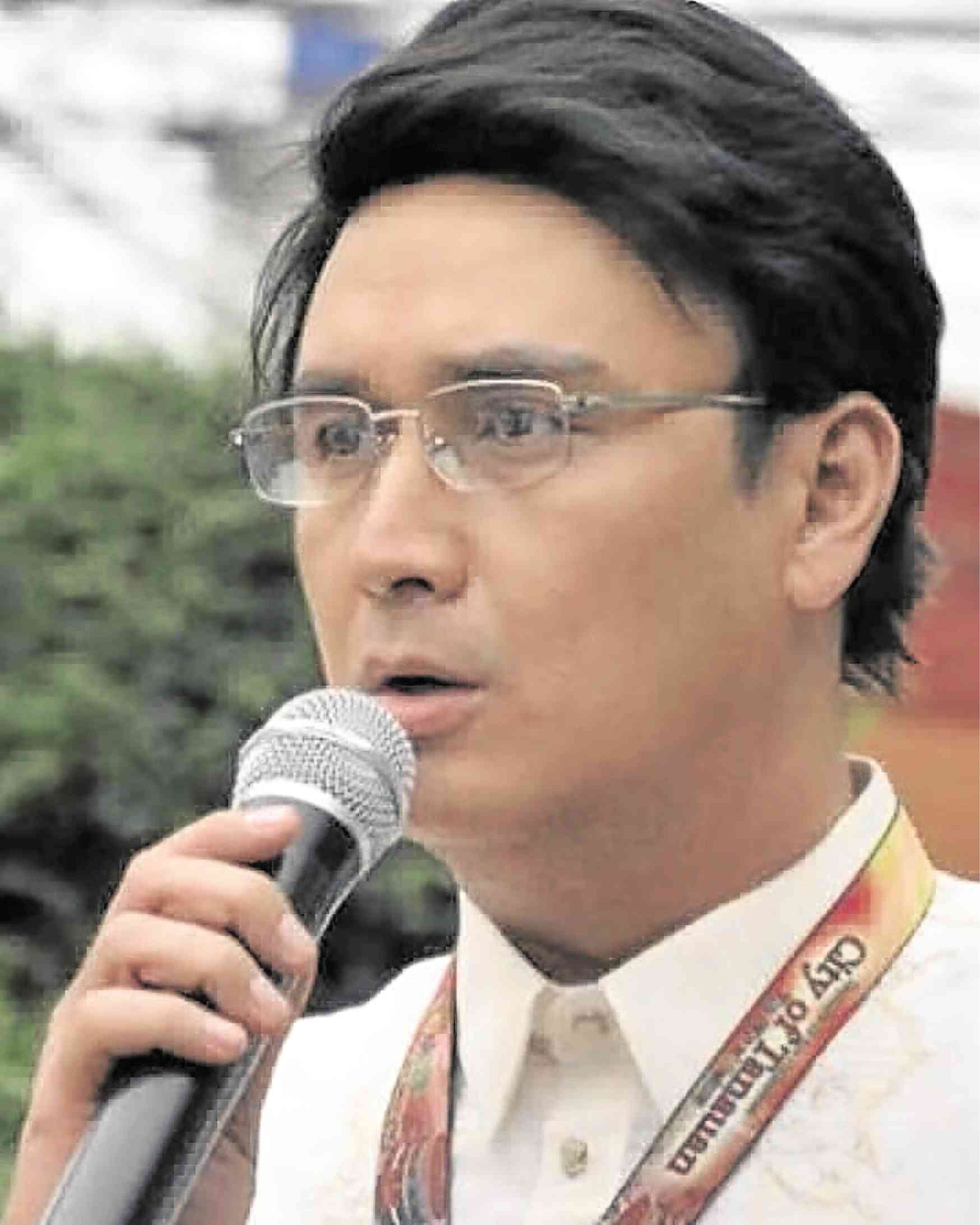 Actor John Estrada, whose marriage to Janice de Belen was annulled in 2004, claimed he’s “at his happiest right now” in terms of his relationship with his ex-wife.

“It’s only recently that we’ve started talking with each other. Also, the court cases we’ve filed in the past have all been resolved,” John told the Inquirer at the press conference of his latest film, Ceasar Soriano’s “The Last Interview: The Mayor Antonio Halili Story.”

“Our kids are all grownups. It’s about time for us to [act as] one for our children. I’m happy that we’ve reached that point now. While I can’t say that we’re now good friends, at least we’re able to talk amicably for the sake of our children,” the actor said. He has four kids with Janice, namely, Ina, Moira, Kaila and Yuan.

John married beauty queen-turned-actress Priscilla Meirelles in 2011. They have a daughter (Anechka).

“As a dad, I’m still the same. I love all my children. Of course, my youngest lives with me, so I’m more hands-on,” said John.

Asked for his reaction to news that his eldest, Ina, is currently dating fellow GMA 7 contract artist Jake Vargas, John said they have not been introduced yet.

He added: “If Ina is happy with him, there’s nothing I can do. I told her, ‘Ikaw ang makikisama d’yan, ’di naman ako. If you think he’s already the perfect guy for you, the guy you’d want to eventually end up with, wala akong magagawa.’”

John said the most he could do was offer Ina pieces of advice, as well as “guide her to take the path that, hopefully, will not lead to her getting hurt,” he said. “I don’t think there is ever a parent who’d wish for his or her daughter to get hurt.”

Meanwhile, John clarified that his latest film, which also stars Ara Mina, is not a propaganda film at all.

“The Last Interview,” which first hit cinemas nationwide last May 22, tells the story of Tanauan City mayor Antonio Halili as told from the point of view of the last journalist (Ceasar Soriano) who managed to have an in-depth interview with him the night before he was gunned down by an unknown assassin.

“Before I said ‘yes’ to this movie, I told direk that I’m apolitical, even though I have relatives and friends who ran during the elections. As much as possible, I didn’t want to tackle the politics behind Mayor Halili’s killing. Direk said not to worry,” said John.

Ceasar said the concept for the film had already been approved by the mayor before he died. In fact, he had requested that Edu Manzano lead the cast, but the latter was not available.

“When I was a reporter, I wanted to understand why Mayor Halili would line up arrested drug users and dealers and parade them around the neighborhood. I came to know that he was accused of human rights violations because of this. During our interview, which lasted for four hours, he made me understand why. He had also said I could use his personal footage,” Ceasar explained.

During the press con for the film on Tuesday afternoon, Ceasar also said the family had permitted his production team to shoot inside the mayor’s municipal office, his sleeping quarters, and even on the actual spot where he was killed.

Halili became controversial because of his “walk of shame” parade of alleged drug dealers and users. He was shot dead last year during a flag ceremony in his city.
The film also stars Martin Escudero, Yayo Aguila, Noel Comia Jr. and Mon Confiado.

Read Next
Jessa Zaragoza’s coming show ‘Just Right,’ one of her biggest tests after throat surgery
EDITORS' PICK
EuroMillions Superdraw: A lottery draw unlike any other is coming to the Philippines
‘Justice will be done,’ Duterte assures as he vowed probe on Jolo incident to bare ‘truth’
Water remains our saving grace right now
Smart releases Hyun Bin’s second TVC
Current dominant strain of COVID-19 more infectious than original—study
DOLE: Return of OFWs’ remains from Saudi to be ‘delayed,’ deadline moved to ‘early next week’
MOST READ
Locsin warns of ‘severest response’ if China’s army drills in SCS ‘spill over’ to PH domain
BREAKING: Duterte signs anti-terror bill into law
Duterte tells military: No other president looked at you the way I did
INQ animated bar graph: How severe is COVID-19 in Southeast Asia
Don't miss out on the latest news and information.