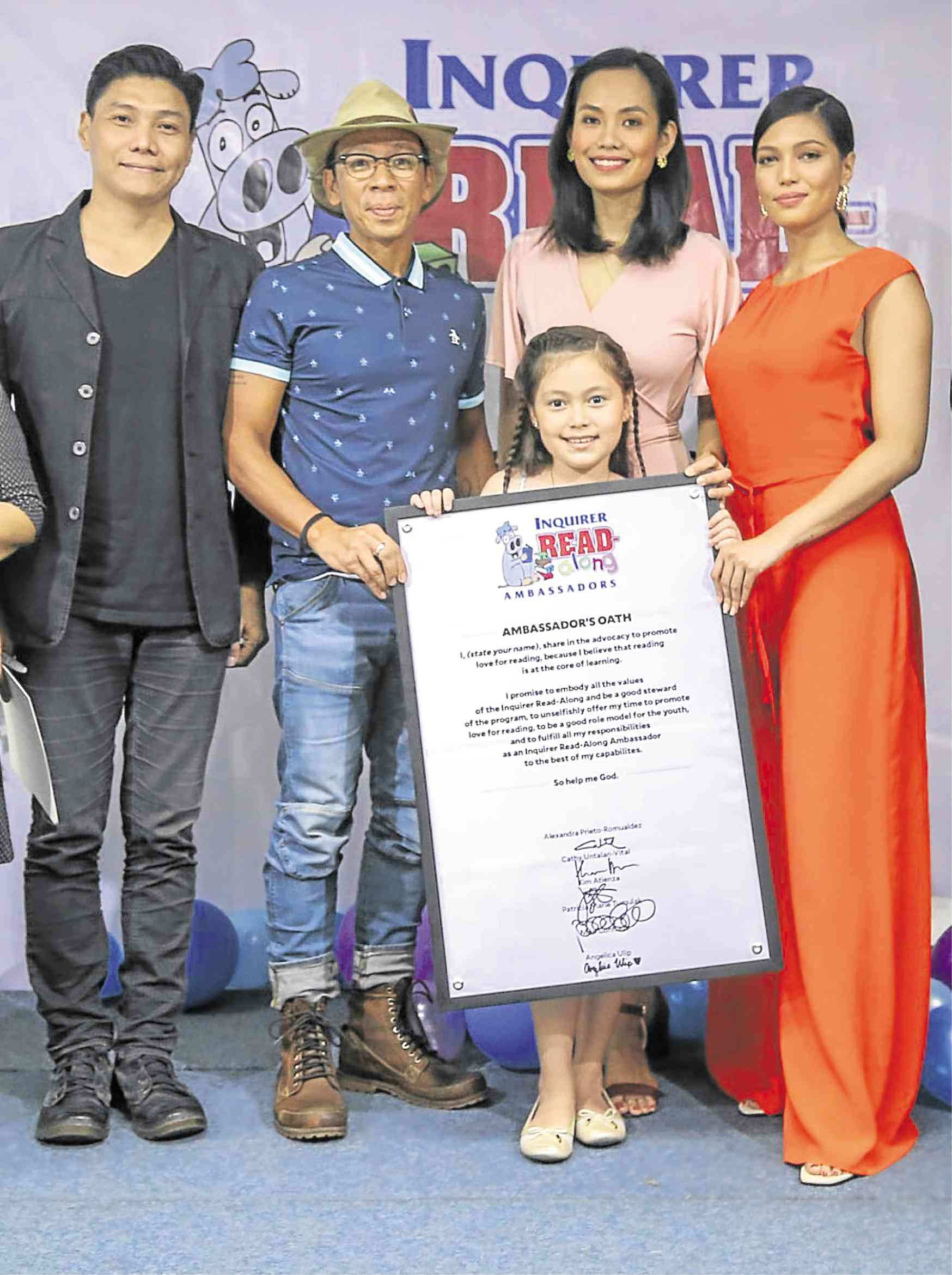 I am a witness to the benefit of reading. If you want to be smart in other aspects of your life, you have to read books,” said TV host, actor and weather anchor Kim Atienza, who suffered a stroke in 2010 but claimed to have fully recovered from it by hitting the gym, “the brain gym.”

The stroke hit the left frontal lobe of his brain, Kuya Kim explained. “That’s the side of the brain related to speech, language and learning. Physically, nothing happened to me, but it was like my brain got a hard reset. If the right side of the brain got hit, I would need to do physical activity, but for the left side, I needed to read as many books as I could.”

Kim said reading Facebook entries wasn’t enough. What had helped him was “focused reading.” He explained: “You have to force yourself to read even though it gets boring. It’s a lot like you’re at the gym—you become stronger and stronger. You become more intelligent as you read.”

Kim is one of six Inquirer Read-Along ambassadors who attended the oathtaking ceremony held at the Philippine Daily Inquirer office in Makati on May 18. The others were actor Mon Confiado, TV host-actress Patricia Tumulak, child star Angelica Ulip, beauty queen and environmentalist Cathy Untalan-Vital, as well as Inquirer president and chief executive officer Sandy Prieto-Romualdez.

“It’s more challenging to be a Read-Along ambassador these days because children read a lot, but not books. They read their smartphones,” observed Kim, who had been an ambassador since 2013.

“I’m blessed to have three kids who are avid readers. They’ve read more books than me and Fely (his wife) combined,” he beamed. “If I were to turn back time, I would read more books to them. Now, they’re teenagers and they read by themselves.”

Mon, known to the kids as General Emilio Aguinaldo in the Jerrold Tarog biopics “Heneral Luna” and “Goyo: Ang Batang Heneral,” said he was surprised to have been chosen as an ambassador even though he was a first-time storyteller when he attended the November 2018 session.

“I arrived without any idea as to how to do it. Luckily, there was a storytelling contest at that time. I observed the contestants—they were all so young and talented—and felt inspired by them,” he recalled. “I guess because I have a background in theater and I act in the movies, I was able to deliver. I was able to connect with the audience.”

Mon said he enjoyed storytelling so much that when he got an invitation to read to a group of children in Batangas, he immediately agreed. “I’m already promoting Inquirer’s advocacy in my own little way,” he declared.