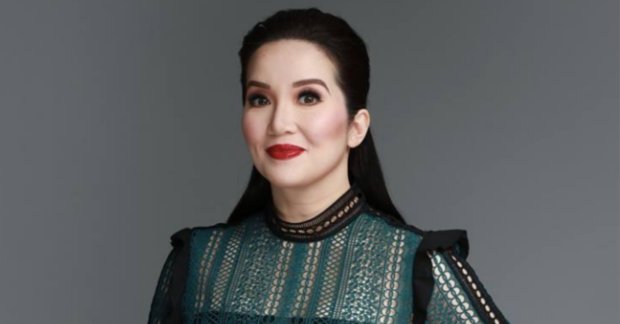 Kris Aquino may be the younger sister of former President Benigno “Noynoy” Aquino III, but this does not mean she fully supports his party, the Liberal Party.

Aquino took to social media recently and shared to her fans she voted for eight candidates for senator, but only chose four from opposition slate Otso Diretso. The other two were pro-administration and the last two were independent, though she did not drop any names.

“I voted not along party lines BUT voted based on my personal choice because after all that’s one of democracy’s principles, 1 person, 1 vote,” Aquino said via Instagram on May 19.

Aquino’s post attracted the attention of a netizen who called her out for not supporting Otso Diretso, which the netizen said was under the Liberal Party.

“We’ve done so much work defending LP, you and your family from bashers,” the netizen told Aquino. “The least you can do is set aside your personal issues and think of the implications of not having a strong and solid opposition in this circus [government].”

“People are dying and you voted for the admin lapdogs. Wow,” the netizen added.

Aquino, however, was quick to defend herself and said the Liberal Party is not synonymous to her family. She pointed out that it was only her brother among the five siblings who was affiliated with the party, adding it is sickening to be held responsible for the sins of some party members.

“We never enriched ourselves, we didn’t do a precursor to President Trump,” she said. “Nobody from our immediate family was appointed or held a position, we never even joined my brother in any of his foreign trips so as not to be accused of impropriety.”

Aquino stressed this was a personal issue to her and she is done keeping quiet in paying for the sins of other Liberal Party members. Again, she did not drop any names as to who these members are.

“Tapos na kong manahimik sa pagbayad para sa mga kasalanan at pagkukulang nung mga ibang LP nung nabigyan sila ng pagkakataon ng mga botante (I am done keeping silent in paying for the sins and shortcomings of some Liberal Party members when they were given the chance by voters),” she said. “I am not my siblings, I won’t quietly take the punches because the truth is, we took the hits for the shortcomings of others.”  /ra

Kris Aquino says Hacienda Luisita was ‘mismanaged’ by her uncle