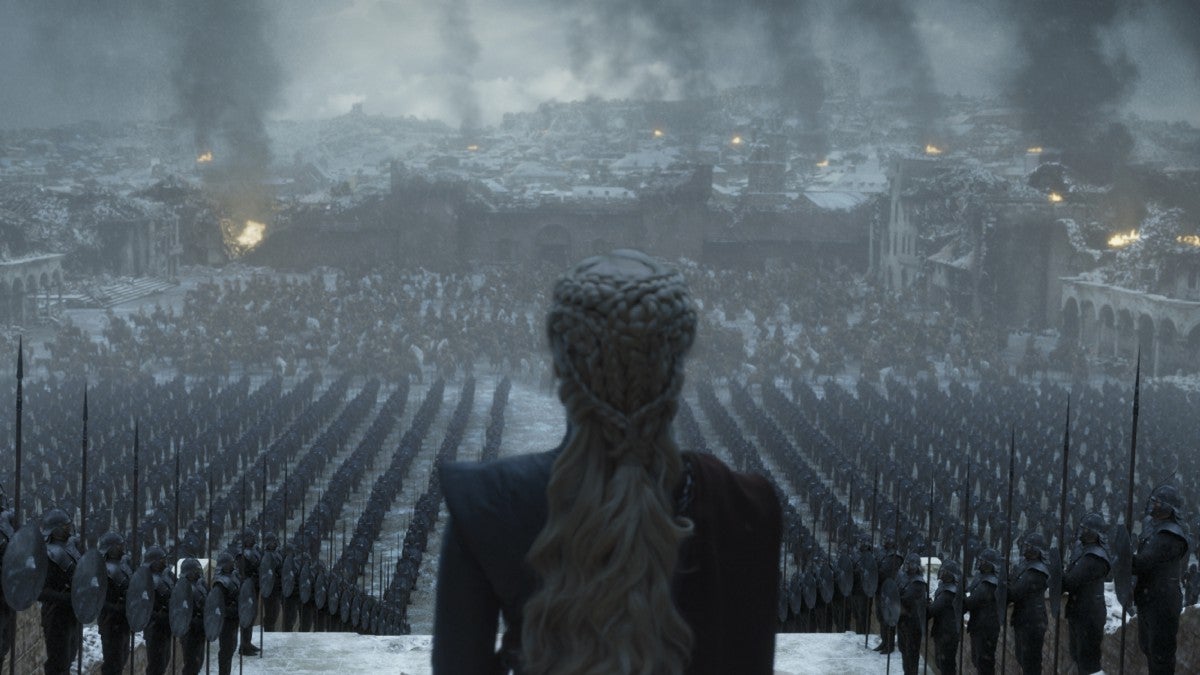 BEIJING — Chinese fans faced their own battles to watch the “Game of Thrones” finale, scrambling for ways to see it after a delayed stream by rights-holder Tencent and staying off social media for hours to avoid spoilers of the popular show.

A group of 150 people gathered at a screening in Beijing’s trendy “798” art district to see the final episode late Monday, hours after it aired in the United States.

“To be honest, I’m not very satisfied with (the finale) and a bit disappointed,” said Ji Yuan, who stopped reading the news and China’s Twitter-like Weibo site to avoid spoilers before joining the group at the 798 district.

Another fan, Liu Maodi, read all the books by “Game of Thrones” author George R.R. Martin and said he was “really disappointed” about the ending.

Easily dominating the discussion on Weibo was the death of top character Daenerys Targaryen, which generated
the hashtag “#DragonMotherDies#” that briefly was the platform’s most-viewed topic.

It was viewed more than 350 million times and generated nearly 80,000 comments, with many mourning the loss of the dragon-riding, slave-emancipating “Breaker of Chains” whose quest for the Iron Throne drove much of the plot.

“This kind of junk scriptwriter should be killed by a dragon,” said one comment, echoing disappointment expressed by fans worldwide over the final season.

Season 8 has been widely panned as rushing to a climactic conclusion, with fans particularly objecting to the Mother of Dragons’ rapid descent into madness and tyranny.

“#DragonMotherDies# 2011-2019, I’ve been following the show for eight years, now this is what you got to show me?” said one angry commentator.

“Game of Thrones” has been hugely popular in China, spawning online fan organizations and group screenings.

This despite much of the show’s notorious sex and gore being relegated to the cutting room floor by China’s censors, prompting many to download pirated, uncensored versions.

“I think (censorship) is acceptable since we don’t have a rating system here in China, so some of the bloody and violent scenes are not very suitable for young audiences,” fan Jia Wang told Agence France-Presse.

“The deleted scenes in general don’t have much influence on the plot,” she added.

Speaking before viewing the finale, she expected to “be very emotional” when the show ends.

“It has been accompanying me for so many years,” Jia said.

Chinese internet giant Tencent, which has shown censored versions online, announced on Monday morning just before it was expected to air the finale that it would instead be delayed.

“Dear users, we are very sorry to notify you that Game of Thrones season 8 episode 6 will not be online on time due to media transmission problems,” it said on Weibo.

It said a new broadcast time would be announced later, giving no further details.

That provoked grumbling online by fans, some of whom planned to take the morning off work to watch the last episode and had to find other ways to see the show.

“Even the cut-down version is delayed. It’s really forcing people to watch the pirated version,” one commenter complained.

TAGS: Chines GOT fans, Game of Thrones, GOT finale