CANNES, France—Former world champion Formula One driver Michael Schumacher will be the subject of a new documentary by two German filmmakers in a production fully supported by his family, reports said Monday. 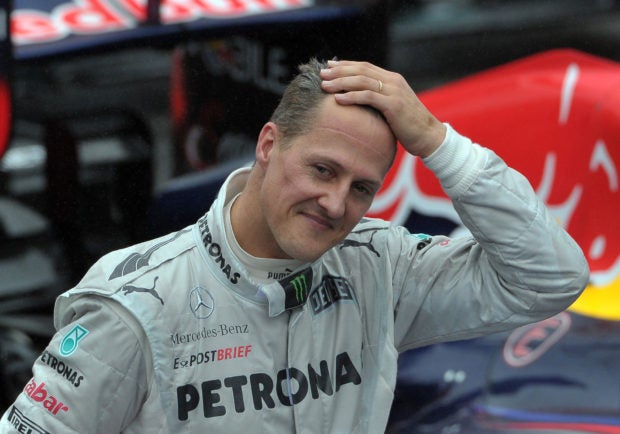 German Formula One driver Michael Schumacher gestures at the end of the Brazil’s F-1 GP on November 25, 2012, at the Interlagos racetrack in Sao Paulo, Brazil.  Image: AFP/Yasuyoshi Chiba

Produced by the Hamburg-based company B/14 Film and directed by Michael Wech and Hanns-Bruno Kammertons, the documentary includes never-before-seen archive footage and interviews with his family and competitors, film industry magazine Variety reported. It is set to be released by the end of the year.

Sabine Kehm, spokeswoman for Schumacher’s family, told Variety the seven-time Formula One world champion’s “outstanding career deserves to be celebrated,” adding: “We are happy this film will be in the hands of such ambitious and sensitive professionals.”

Already in post-production, the documentary is to be sold at the Cannes film festival, beginning Tuesday, where punters are eagerly awaiting another sporting epic in the shape of Asif Kapadia’s “Diego Maradona” about the legendary Argentinian footballer.

Schumacher, who turned 50 in January, suffered serious head injuries in a skiing accident in December 2013 and has not been seen in public since, with 2019 marking 25 years since his first World Championship win.

But the new film is unlikely to touch on the state of the German champion’s health, details of which have been kept a closely guarded secret since his accident, which shocked the world and saw him plunge into a medically induced coma, from which he later emerged.  RGA /ra