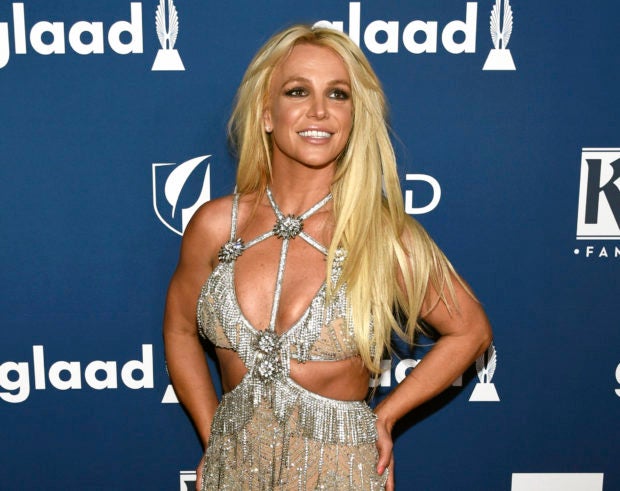 LOS ANGELES  — Britney Spears was granted a temporary restraining order Wednesday, May 8, against a former confidante who she says has been harassing her family again.

A judge ordered 44-year-old Sam Lutfi, who has been in legal fights with the Spears family for a decade, to stay at least 200 yards from her, her parents and her two sons, who are 12 and 13.

The judge also ordered that he not contact or disparage anyone from the family.

The restraining order petition alleges Lutfi has been sending harassing and threatening texts to Spears’ family and disparaging them on social media.

“Mr. Lutfi’s actions have caused severe mental trauma at a time where Ms. Spears is recovering from stress related to her father’s health and her work,” the documents state. “Mr. Lutfi’s unjustified interference in her life … threaten Ms. Spears safety and well-being.”

In January, Spears put her career on indefinite hiatus and delayed the start of a Las Vegas residency so she could focus on her ailing father.

Lutfi said he had not made contact with Spears since 2009, when a previous restraining order against him was granted to Spears.

“We are disappointed at the outcome,” Lutfi’s attorney Marc Gans said in a statement about the restraining order. “I think it is overly broad and violates Mr. Lutfi’s constitutional rights.”

The order was granted until a May 28 court hearing on the matter.

“This is a temporary order, and we look forward to coming back,” Gains said.

Lutfi was a major presence in Spears’ life at the height of her fame and had claimed he was her manager in the years leading up to a public meltdown in 2008.

Her troubles led to the establishment of a court-ordered conservatorship, which allowed her father, Jamie, and attorneys to run her affairs and remain in effect a decade later. A court hearing on the arrangement is scheduled for Friday, and a judge ruled late Wednesday that a lawyer for Britney’s mother and Jamie’s ex-wife Lynne Spears could be part of the proceeding. Lynne Spears has not previously been involved in her daughter’s conservatorship.

The restraining order granted Wednesday also alleged that Lutfi has sought to undermine the conservatorship.

Lutfi sued the Spears family in 2009, alleging Britney Spears had breached a contract with him, Jamie Spears had punched him and Lynne Spears had defamed him in a memoir.

A judge threw out the lawsuit in 2012, another judge later restored it on appeal, and it was settled in 2016. CE/JB

Read Next
‘Make mistakes, serve others’ — Ricky Lee to PUP grads as he receives honorary degree
EDITORS' PICK
High inflation: Your P1 is now worth only 87 centavos
UK’s Boris Johnson will resign, BBC reports
High-risk pregnancy: Reducing your risk is in your hands
Geek out at TOYCON 2022 powered by Smart Signature
House energy committee chair Arroyo bats for cheap electricity
Unemployment rate up to 6% in May
MOST READ
Suspect in grisly killing of missing woman in Bulacan arrested
Kim Atienza’s daughter flaunts bikini body in response to critics of her ‘revealing photos’
Japanese artist who created ‘Yu-Gi-Oh!’ found dead in the sea
FDA probes popular Filipino noodle brand for ‘high level of ethylene oxide’
Don't miss out on the latest news and information.