Acclaimed scriptwriter Ricky Lee imparted words of wisdom in a commencement speech to graduates of Polytechnic University of the Philippines (PUP) on Wednesday, May 8 at the Philippine International Convention Center (PICC) in Pasay. 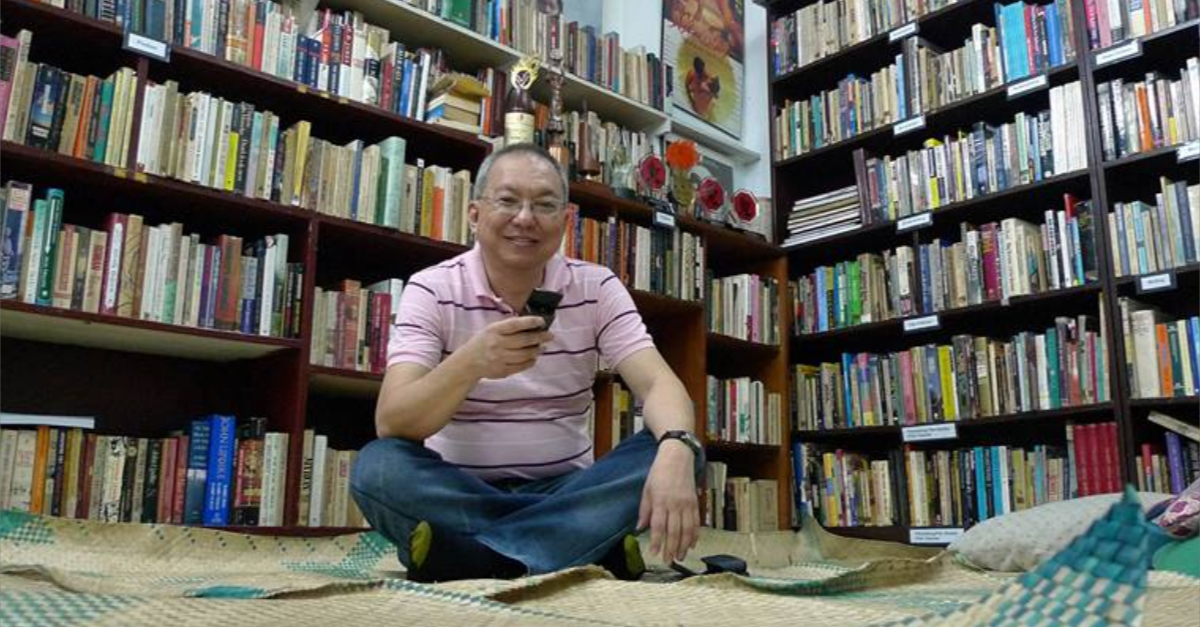 Lee drew from his rich experiences from struggling as a working student to teaching decades’ worth at writing workshops for free.

He was conferred with an honorary doctoral degree in Humanities by the state university. He thanked the school for the honor as he was not able to finish his studies in University of the Philippines-Diliman due to martial law.

A video of his inspiring speech was shared yesterday by director Rahyan Carlos and can be viewed below.

In addressing the students, Lee said he imagined what he would have said to his younger self had he been able to finish school.

In explaining the first lesson, Lee shared anecdotes from when he left Bicol to try and make it in Manila with friends. He said he and his friends lived together and that there were only four chairs in the room, so one had to eat while standing up.

(There will always be a missing chair. The world is not waiting to give you all that you need.)

Regarding the second lesson, he said, “Hindi ka kailangan maging perpekto.” (You don’t need to be perfect.)

He said they would be measured by the world around them in ways that will not always be reasonable.

“At kahit mabigo ka pa, ‘wag kang mag-alala, hindi yan sukatan ng worth mo bilang tao,” he said. (Even if you fail, don’t worry. That is not a measure of your worth as a person.)

“You’re never worthless. Just be yourself.”

(Get involved. A life not lived for the sake of others is like a rotting vegetable, a rotten fish — useless.)

(Do not be selfish — devote your life to others, even once in a while. There is no better feeling than knowing that not everything you did was for yourself.)

“‘Yung hawak n’yong diploma, para sa iba, hindi para sa iyo,” he reminded them. (The diploma you hold is for others, not for you.)

Lee recalled that one of the most significant parts of his life was when he became an activist during martial law. While imprisoned in Fort Bonifacio for a year, he wondered if he would fulfill his dreams. However, he “realized it was all worth it.”

(There is nothing better than the feeling of knowing that not everything you did was for yourself only.)

Lee shared that many still ask why he has been offering free writing workshops since 1982, even if this interfered with his own personal projects.

He explained that he gained in learning from his own students and in other ways he did not expect.

“Ibabalik ang ibinigay mo sa mga paraang hindi mo inaasahan, kagaya ng karangalan na ibinibigay ninyo sa akin ngayon,” he said. (What you gave will be returned in ways you do not expect, just like this honor that you have given me today.)

His last words to the graduating class of 2019: “Go out. Celebrate. Work hard para makumpleto ang silya (so the seats may be completed).”

“Ipaglaban mo ang mga karapatan mo (Fight for your rights). Write a story. Hug your parents— nagpagod sila lahat para makapaggraduate kayo (they exhausted themselves so you could graduate).”

“Listen to somebody else’s heartbeat. Donate to a cause. Support your friends’ dream. Listen to the silence in the midst of chaos. Persevere.”

(And tell yourself, this is me, I am a graduate, I am an adult. You control yourself, your life, that and your diploma.)

Lee is the mind behind the screenplays of Philippine cinema’s classics “Himala” and “Gumapang Ka Sa Lusak”, to name a few. Lee was able to work with local cinema’s esteemed directors such as Lino Brocka and Ishmael Bernal. He is also acclaimed as a fictionist for “Para Kay B”, “Si Amapola sa 65 na Kabanata” and “Bahay ni Marta”. Lee has also written for television and theater. JB

A speech that will be ‘remembered for a long, long time’