Sharon avoids talking politics with hubby Sen. Kiko: ‘It was time I made my stand’ 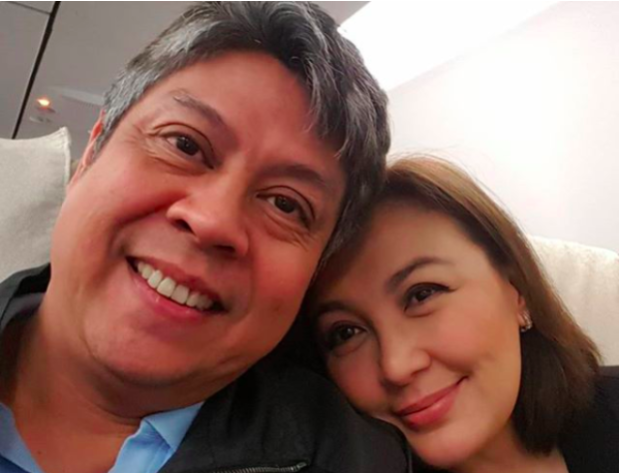 The question came during Cuneta’s appearance on “Tonight with Boy Abunda” on May 7. Without missing a beat, Abunda frankly asked Cuneta how they dealt with their conflicting political affiliations.

“Ako kasi I always, always respected what my husband stood for and I always was trying to be the good wife, not saying anything,” Cuneta admitted. “But he’s been a senator since 2001 and I just felt it was time I made my own stand.”

Cuneta has shown support for President Rodrigo Duterte, while Duterte himself publicly endorsed Cuneta’s brother Chet on his mayoral bid in Pasay City.

Pangilinan, on the other hand, is the president of the Liberal Party and the campaign manager of the opposition’s “Otso Diretso” senatorial slate, which has been critical of the Duterte administration.

“On certain issues?” probed Abunda regarding Cuneta making her own stand.

“Not really issues. Of course issues, and certain people who I happen to know very well,” she said. “I could not say anything because Kiko was with the administration.”

Cuneta seemed to be referring to the administration of former President Benigno “Noynoy” Aquino III, who was also a member of the Liberal Party.

“You guys talk about things in the house or deliberately you avoid talking about politics?” asked Abunda.

Cuneta’s sentiments echo those of her husband, who shared last April that many families are divided on what is happening in the country and that their family is no exception.

“I love my wife because she is her own person,” Pangilinan said then. “Like I said families are divided, it is a reality.”

For the senator, he would rather talk about family matters first before politics. “Halos hindi rin kami nagkikita (we do not see each other that much),” he said. “Let’s take this break and that is the first time to be together. Family muna pag-usapan namin (We’ll talk about family first).”  /ra

Pangilinan on Sharon Cuneta’s support for Duterte: Families are divided, we are no exception